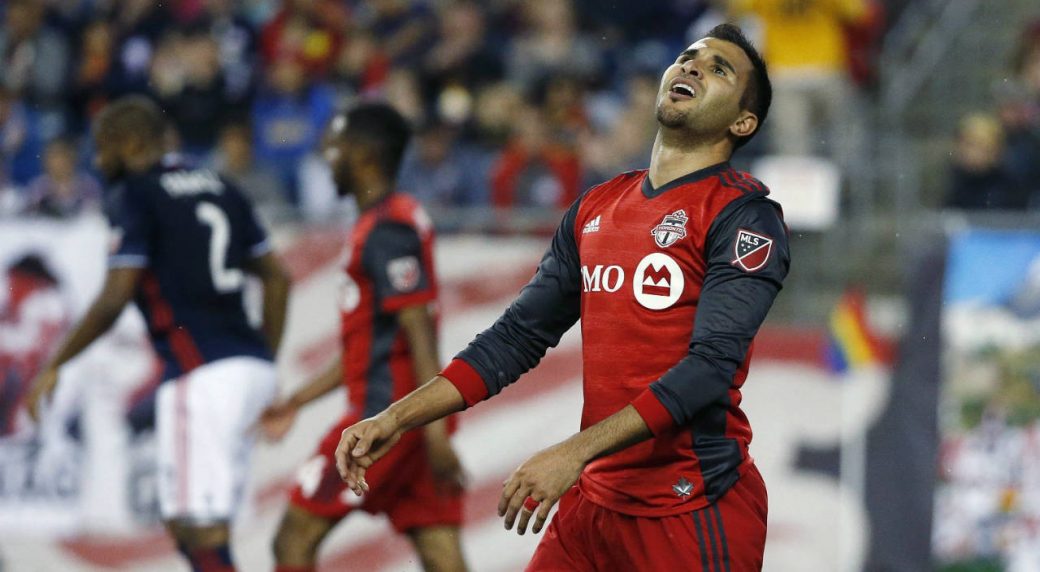 Bradley vs Bradley: Possibly the most talked about story for today’s game but maybe the least important.  Yes it’s a really interesting facet and a rarity in football to have this kind of meeting, and also to have a player of Bradley’s calibre and a coach of the other Bradley’s ability is exciting, but there are more important things happening.

Beita’s return:  After being a mainstay on the right side of Toronto’s defense for the 2016 and 2017 seasons – an area that TFC have struggled with for much of its existence (you think the ‘He’s not a right-back’ game was something we just pulled out of thin air?) – Beita was, well cast aside seems a little harsh, but Toronto’s FO let him go after he was displeased with their salary offer for this season.  And from all accounts (asking him to take a pay cut when his teammates were getting raises), he had a reason to be upset, so when Zombie Chivas came calling, he accepted.  Beitashour’s had a pretty solid season – he’s scored a couple of goals and his team is in third place in the Western Conference.  Now that’s not to say that LAFC are a defensive powerhouse, they’re not, but that’s not all on Beita – regardless, you can bet he’s got some extra fire going into this match.  Not to mention maybe chuckling just a bit at Toronto’s defensive woes on the right this season…

LAFC’s first visit:  So this is the first ever match between Toronto FC and Zombie Chivas, grrr.  The new team in town has done well for itself this year, surprising much of the league (a la the AU Guys last year), with their play and success. They’ve been stockpiling midfielders as the season has worn on, giving a home to players that were out of favour with their former teams, such as Lee Nguyen, Christian Ramirez and Benny Feilhaber.  Led by the very dangerous Carlos Vela (he’s fun to watch though), they score a lot of goals and they move the ball really well.  Sadly (for Canadian footy fans) they’re missing the services of Mark Anthony Kaye (out with a fractured ankle), and we won’t even get to see Quillan Roberts on the bench as he’s likely out for the season with a broken leg.

TFC’s playoff hopes:  They are dwindling and dwindling fast, and after Wednesday night’s loss to the Timbers the hole they need to climb out of remains the same; six points out of a playoff spot, one game in hand (does that even count?) against the Impact and a raft of games against Eastern Conference teams in their final eight matches.  Fun.  Greg Vanney has stated that they need to win their remaining home games in order for them to have any kind of chance to get above the red line, and he’s right.  That’s five games over the next seven weeks that they MUST WIN.  Add at least one road win and some luck with results in the rest of the conference and their task is approaching Herculean levels.  Oh TFC, you never make it easy do you?  Well, except for last year – remember last year when it was easy?  Le sigh.

Don’t expect a clinic tonight, this game has goal fest written all over it.  Both teams have highly skilled attacking players, and both have shaky back lines.  I’m sticking with my 3-2 TFC win prediction from this week’s podcast.  Also – MUST WIN!!!