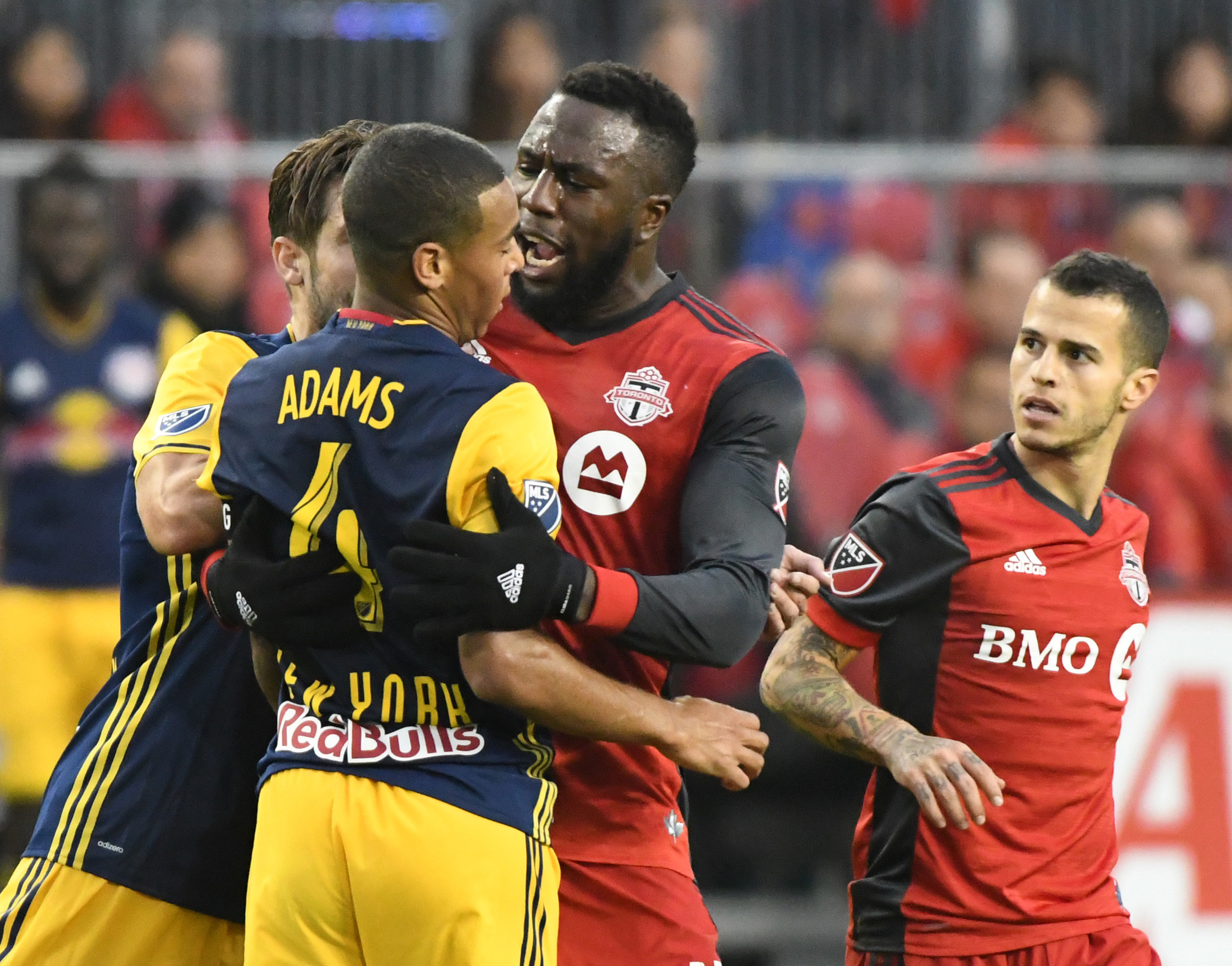 One win down, six to go – that’s the reality of Toronto FC’s season, every game is must win, their playoff hopes resting on the thinnest of margins – so, no pressure then.  Today’s match against the energy drinks is one of the toughest tests they’ll face down the stretch; the two teams have a stormy history, New Jersey has dashed Toronto’s hopes more than once, and then there’s the tension fraught series from last year’s playoffs – the Red Bulls don’t have a tunnel, do they?

Given we know all the storylines I’m skipping straight to this week’s list of thoughts:

This match is one that in the past couple of years Toronto FC fans would relish – a top team, the likelihood of a wild, well fought contest, b underlying storylines – it has it all! Instead, I think many of us are wishing we could play a minnow, any minnow to keep some momentum. However if you want to be the best, you’ve got to beat the best – may sound hokey, but it’s true. I hope they win, but this game more than almost any other they have remaining makes me very nervous. Sticking with my podcast prediction of a 2-1 loss for TFC.