Toronto FC vs New York Red Bulls: With (Almost) All Hands On Deck, Will TFC Win Their First Supporters’ Shield? 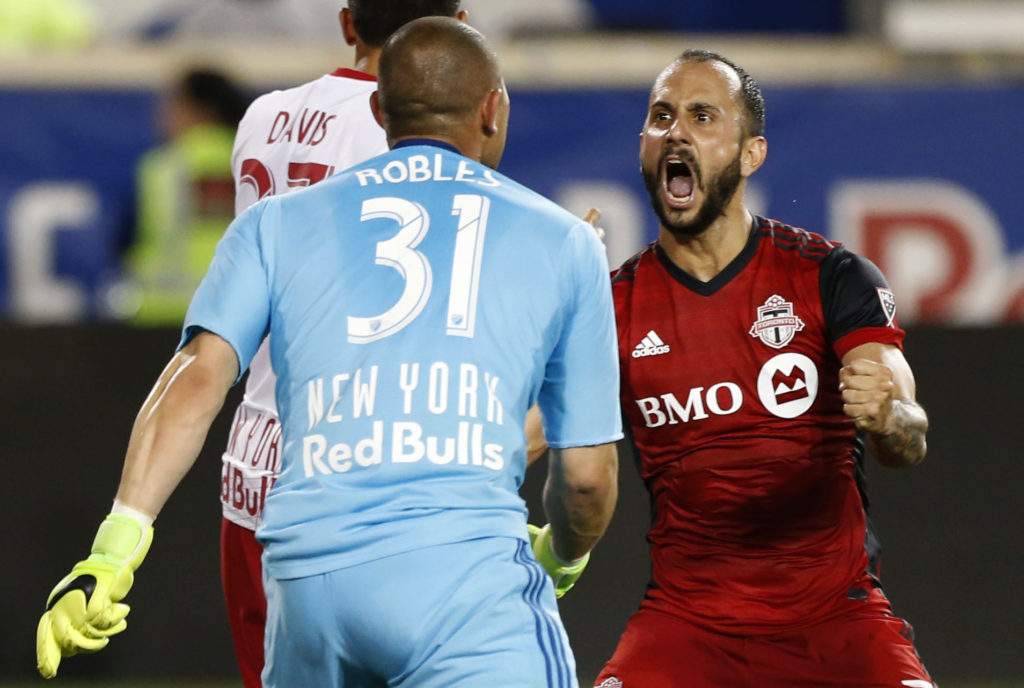 Is tonight’s match the biggest of the 2017 regular season for Toronto FC?  Please note that I said 2017 regular season, not all time – I’m not crazy, at least not for that reason.  Anyway, is tonight when what had seemed like a foregone conclusion weeks ago, finally happens – will TFC win their first ever Supporters’ Shield?  To some (myself included) it’s kind of a big deal, being the best team on the season – it’s not as glamourous as the MLS Cup, but recognising that your team is the best is pretty great IMO. Oh and let’s not forget that home field advantage all the way through the playoffs – including the Final – that comes with it.

After the week to forget from Toronto FC, the week in which they briefly regressed to the ‘bad old days’ and squandered the opportunity to clinch the Shield, the Reds are looking to win it in front of the home crowd tonight against the energy drinks.  A win tonight also secures their first round bye (as if that’s in doubt) in the playoffs, which gives the team (and the fans) a bit of a breather.

TFC of course beat the energy drinks in 2015 to secure their first ever trip to the playoffs (and that’s all we’ll say about that), now the team from Jersey needs this win to keep ahead of the cheesemakers and stay above the red line. That’s OK, playing motivated teams is more fun. The Red Bulls are pretty much at full strength with the notable exception of league villain Aurelien Collin – he won’t be missed; by TFC and their fans that is. Daniel Royer is back, BWP is always dangerous against Toronto and Sacha Kljestan and his stache will all be there making trouble for our Reds.

But not to worry, TFC’s walking wounded are all better – with one tiny exception – and available for tonight’s match. Jozy Altidore being the one that most are focussed on (of course), but with him are Chris Mavinga, Nick Hagglund, Jason Hernandez and…. BENOIT CHEYROU!! That’s right, Benny Balls is back baby! (Alliterative love FTW!). This gives Vanney the most choice for his 18 then he’s had in months! Be on the lookout for some new faces to get minutes tonight.

It’s going to be a fast paced game. The midfield battle between Bradley and Kljestan will be key, as will neutralizing BWP. Victor Vazquez and Jozy should wreak havoc on the defence, giving Tos space to score. I’m sticking with my podcast prediction of 3-1 Toronto FC.