Toronto FC vs Orlando City SC: TFC Are Riding High, Can They Go Unbeaten On This Road Trip? 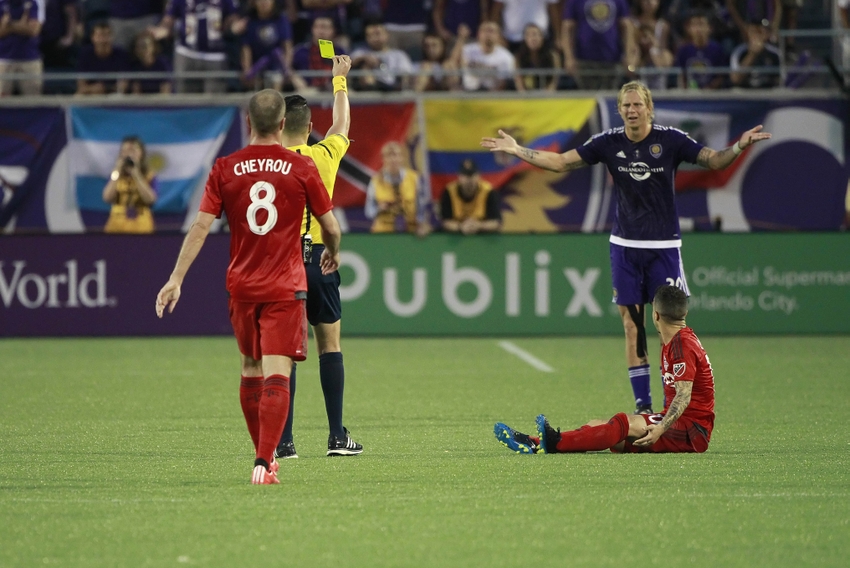 Say what? They won again? If you didn’t get a chance to watch Saturday’s game then you missed one of TFC’s best games this year when they got a dominant – if surprising – win over the Union.  Lots of goals, multiple injured players returning to the lineup, Jozy & Seba both scoring and helping – it’s hard to find much to complain about.  Toronto are on a six game unbeaten streak and have only lost once in their last ten games – not too shabby eh?  But can they keep the streak going?  There are two games left before MLS takes a week off for FIFA WCQ dates and first up is tonight’s match against Orlando City SC, a team that TFC pretty much owned last year and one that is struggling a fair bit this season.

Orlando are actually the flip side of Toronto having only won once in their last ten games – although they did hold the Colorado Rapids to a scoreless draw on the weekend.  They’re sitting just below the red line and while scoring lots of goals, they haven’t much defense to speak of with one of the highest goals conceded in the league.  Of course over the past couple of months they’ve undergone some changes at the club, firing Adrian Heath, firing the interim manager before finally bring Jason Kreis (superstar) on board.  Can Krieis turn the club around?  Only time will tell of course and well, hopefully this is not the week that they suddenly figure things out.

The big story for tonight’s game is that with a win Toronto FC can take over the top spot in the Eastern Conference over New York City FC – in fact TFC can go five point clear of the pizza rats before they play on Sunday if all things go their way.  Points on the road are always difficult to come by in this league but Toronto are in good shape at the moment and having gotten that decisive win in Philly (well, cheesy Chester really) are carrying some great momentum into the Citrus Bowl tonight.

Coach Greg Vanney will have to make some decisions regarding the lineup though – how much does he rotate his squad in advance of this weekend’s tilt against the Montreal Impact?  With almost all of the injured players having returned (Clint Irwin likely won’t play until after the international break), plus newest Red Panamanian Armando Cooper available he’s got a luxury of choice that hasn’t been available for the past couple of months.

Jozy Altidore and Sebastian Giovinco have both been playing very well, with the former having one of his best games in a TFC uniform against the Union – hard to see either of them sitting out tonight’s match, unless Tosaint Ricketts gets a rare start to ensure Altidore’s not risked on the turf.  But the defense and the midfield could see some changes with everyone – including Dan Lovitz – back at full strength.  Last weekend saw the ‘usual’ back four with Steven Beitashour, Justin Morrow and Eriq Zavaleta all in the lineup.  Also getting his first minutes in over two months was Canadian international Will Johnson, with a solid return to the lineup.

Given the import of a home game against Montreal, I’d be fine with some of the lesser lights starting tonight and giving the top players a rest, and I’m fine with this for a couple of reasons.  First, the team has done just fine with the kids at the helm and have shown ability and resilience that was unexpected; second, of these two games the Impact game is more important – it’s a home game, against a long-time rival, in front of a capacity crowd during the CNE.  Not that tonight’s game is unimportant, but if I was given a choice of which game I’d take potential dropped points?  It’d be tonight.

This could be a high scoring game – both teams are capable, Orlando is trying to show improvement under Kreis (amen) and TFC are trying to take over the Eastern Conference; however games in the heat & humidity and on turf are never fun – this could very well be a slog of a game if it hasn’t cooled off by kick-off.  I’m sticking with my podcast prediction of 1-1 – that will still give TFC the top spot and hey, points on the road are never a bad thing.