Home » Match Previews & Reports » Toronto FC vs Orlando City SC: Will TFC Be Celebrating With A Trip To The Magic Kingdom?

Toronto FC vs Orlando City SC: Will TFC Be Celebrating With A Trip To The Magic Kingdom? 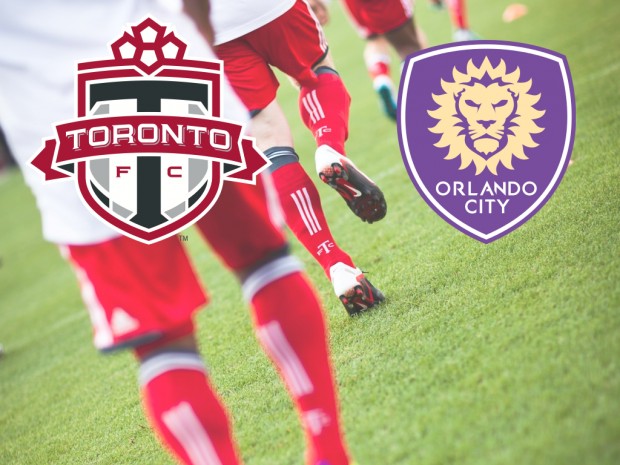 Historic! Purple! Kaka! You know; get excited and stuff.

Brand new week, new city and a new team to face. And I really mean new.  This weekend Toronto FC journey off to sunny Florida for their first game  (Sunday, 7pm, TSN2) against the latest expansion club, Orlando City SC in their stadium the Citrus Bowl – which honestly makes me think it’s New Year’s Day and colleges playing in one of the seemingly thousands of Bowl games – anyway I digress…

After a mostly disastrous (Seba notwithstanding) trip to frisky Frisco last weekend, TFC are mired in a four game losing skid.  Winning on the road has never been Toronto’s strong suit and with two more games before they come home to BMO Field there is still room for this to go horribly wrong.  Orlando is a team that is very much struggling to find its feet so far in MLS and have yet to find consistent form. However, they sit ahead of TFC – well other than Montreal who doesn’t – in the standings and have managed a few positive results in their games played thus far.  Toronto has an opportunity to take points from this game; Orlando has yet to win at home and are having a great deal of trouble finding the back of the net.  For a team with never-ending defensive woes this couldn’t be more perfect for TFC, except of course our Reds usually are the cure for what ails you – meaning that Orlando (led by Kaka) will find their scoring boots on Sunday evening.

So what is TFC to do?  Can they find some semblance of the form that they had in the second half of the win in Vancouver?  Or the first half of the Columbus game?  Or those seven minutes where Giovinco epitomized his nickname and lifted ten times his weight? Wait, that last one shouldn’t be something they aspire to – but it was almost fun to watch.  The truth is that this team has yet to approach anything resembling a consistent performance on any part of the pitch.  Yes injuries, acts of god and so on have been an issue; but there still lacks a sense of chemistry or understanding with this team – a team that has been together for most of preseason onwards. And with Bez off in Europe apparently looking for reinforcements this group may not have long to prove that they can play together.

The biggest issue is still the defense; they are still without Steven Caldwell (honestly starting to wonder if he will ever play another game for TFC), Mark Bloom and Clement Simonin.  Yes Warren Creavalle is returning but I think that we can all agree that any sentence using his name and right back should not be allowed.  But that again begs the question: who the hell plays on the right?  And if you say the Nick Hagglund…seriously, I like Hagglund and think he’s got talent and a future, but as a CB; period.  Put him back in the middle with Damien Perquis and then – Justin Morrow on the right and Ashtone Morgan on the left?  Is Marky Delgado still a thing?  Has anyone seen him?  What about Eriq Zavaleta?

I loathe the idea of more players playing out of their natural postions; it hasn’t gone well thus far and I would really like to see an end to that experiment.  However Zavaleta is another CB and Delgado is a midfielder; both are pretty much untested so lets just strike them from the list of possibles.  The only other RB kicking around is Wes Charpie – except he’s playing for TFC II and without messing around with the roster can’t be brought up to the first team.  So back to Morrow on the right?  I think that is the most likely scenario and that we will indeed see Morrow, Hagglund, Perquis and Morgan lined up in front of Joe Bendik.

That at least will give a bit of speed on the outside of the defense to balance out who knows on the wings – does Jackson get another chance?  Is Dan Lovitz still around?  Either way whoever is on the right will need to be very careful to not let Brek Shea get behind the defense – Shea has been converted to LB from a winger but his penchant and ability to join the attack has not changed and is a valuable weapon for Orlando. At least he’s given up the whole ‘distracting hair-style’ thing; maybe they do grow up.  Honestly I’m almost more worried about Shea than I am about Kaka; Shea had very little adapting to do in coming back to MLS and has looked dangerous while Kaka is fitting in fairly quickly I still think he will be less of an issue (and I apologise in advance for the many goals he will now score).

Who’s going to score the goals for TFC?  Will Seba again have to take it upon himself or will Jozy Altidore finally reappear?  Toronto will have Benoit Cheyrou back in the lineup and he has proved that he can both set up and score goals – his return is coming at an excellent time.  And then of course where will Michael Bradley play?  Will he be the attacking midfielder, controlling things up top?  Or will he be the sweeper/fifth defender?  I’m hoping for the former; it’s where he plays best and the team is better when he does.  Today’s game is winnable – no really, I mean that – they could win this, they’re more than capable. But it will take a lot more communication and a better chosen defense in order to make that happen.

To finish things off please watch the unintentionally hilarious video from the weird wrestling style press conference they did yesterday.  It’s just so MLS: