Home » Analysis & Opinion » Toronto FC vs Portland Timbers: Will It Be Timber To The Visitors, Or A Chainsaw Massacre?

Toronto FC vs Portland Timbers: Will It Be Timber To The Visitors, Or A Chainsaw Massacre? 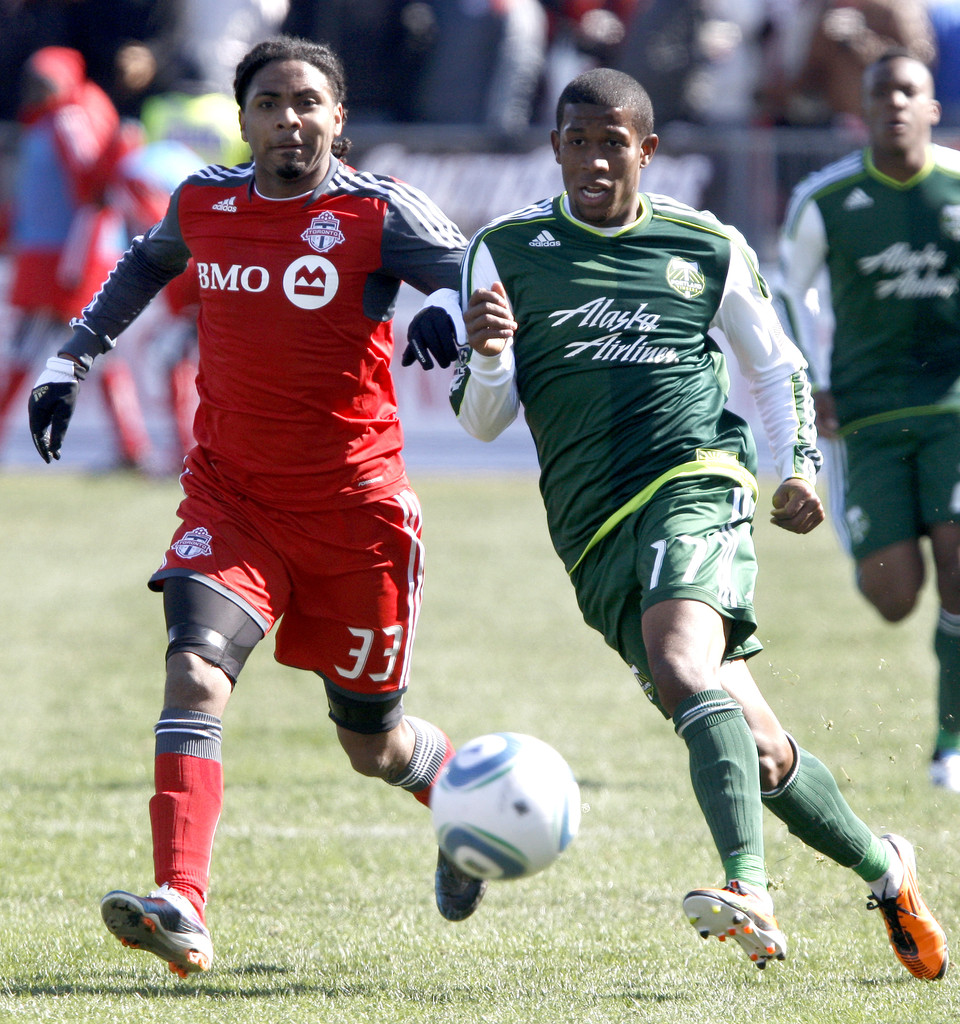 If a Portland teams falls at BMO and there’s no one around is it still a loss?  Trick question, even in the dark times BMO Field was never empty.  Lame attempts at joking/philosophising aside, this afternoon’s (is 6pm still afternoon?  This evening?), match against Portland should be more to Toronto’s liking; playing a top team on the upswing, against two of the leagues best goal scorers and a potentially revitalized back line – a game you have to be up for from the opening whistle, no underestimating your opponent – all of this should hopefully equal an exciting match.

TFC are of course coming off of that less than inspiring draw against DC United, in which a full strength Toronto side couldn’t handle one of the worst teams in the league.  Sigh.  Whereas the Timbers chopped down the Galaxy 3-1 with the return of Liam Ridgewell from injury helping them at the back and Valeri and Co. scoring almost at will.  Double sigh.

Toronto FC have a slight edge over the Timbers historically, but are undefeated against Portland at BMO Field – hopefully history remains on the side of the Reds.  Both teams will have close to their best Starting XI on the pitch today with TFC still missing Steven Beitashour (who may return next weekend against the Fire) and the Timbers are without Roy Miller who’s suspended due to yellow card accumulation.  While it’s true that Portland have been close to useless defensively for much of the season (letting in almost as many goals as they’ve scored), the return of Ridgewell to the defense will help them to solve that issue.  Both teams are well rested, no mid-week games of any kind to contend with, the weather shouldn’t be much of a factor (stay away rain), so this has the makings of a fun day of football.

Toronto will have to work to neutralize Valeri, while keeping a close eye on Fanendo Adi (surely coming out of his slump today), at the same time; both like to make darting runs and are comfortable taking shots from just about anywhere.  Valeri excels at setting up his teammates but leads the Timbers in scoring – keeping him out of this game is key to TFC coming away with the win.  Michael Bradley will the one to watch in terms of keeping things under control and denying movement through the midfield.  Whereas the trio of Victor Vazquez, Jozy Altidore and Sebastian Giovinco will be buzzing to test the Timbers big man at the back – no not Ridgewell,but keeper/man mountain Jake Gleeson.

Expecting a fast, attacking game from both teams – my podcast prediction was 2-1 for TFC and I think I’ll stick with that – both Seba and Jozy to score, with Valeri getting the lone goal for the Timbers.   And for a game day giggle take a look at our version of Portland’s Starting XI.