Posted By Tony Walsh on Dec 8, 2016 in Malarkey, Uncategorized | 0 comments

In the lead-up to this weekend’s MLS Cup Final between Toronto FC and the Seattle Sounders there’s been several visual representations of the various one on one player battles. Well we here at the Vocal Minority are never one to shy away from (ie. steal, er emulate! Yeah, emulate), a good idea – so below we present the city version of Toronto vs. Seattle. 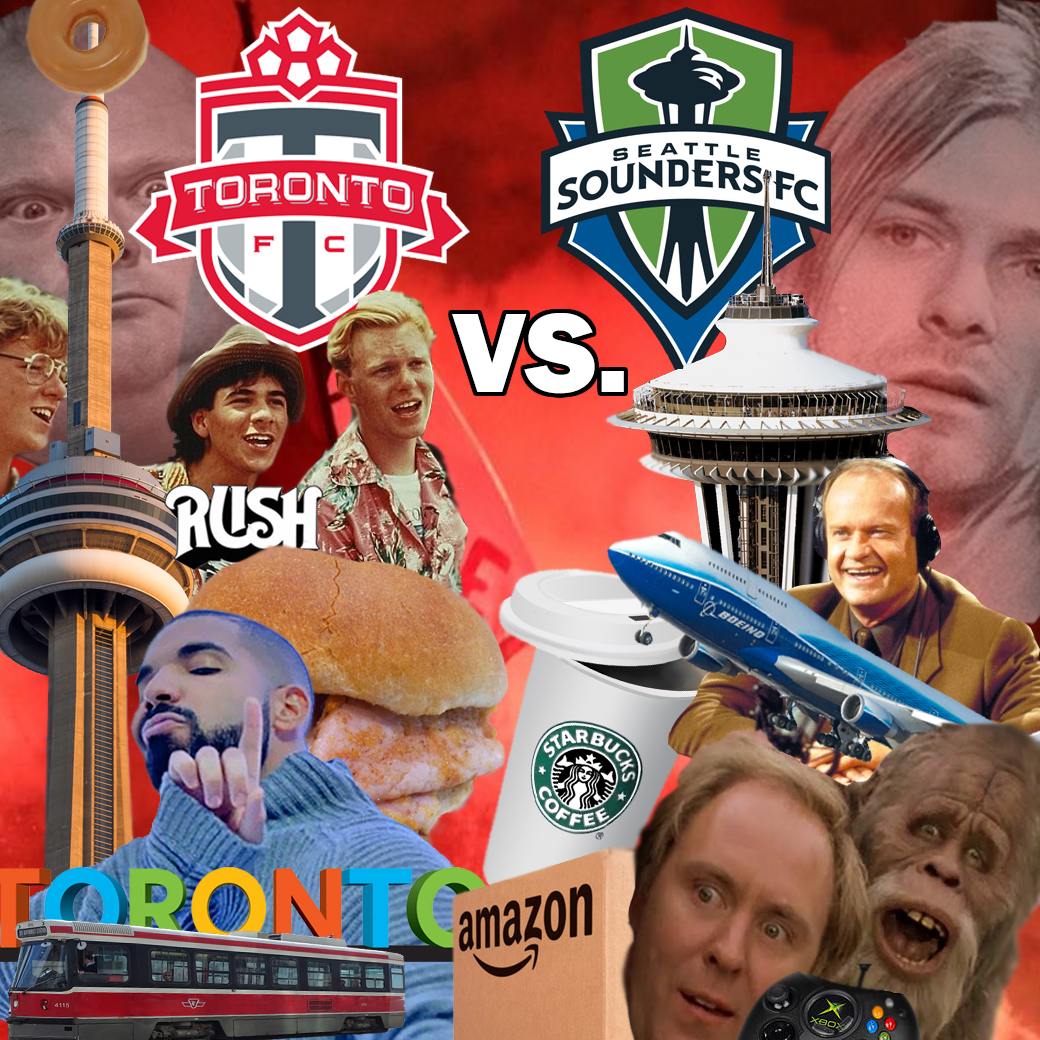 Did we leave anything out?  Let us know in the comments!