Up and Atom! Reds “unveil” Giovinco 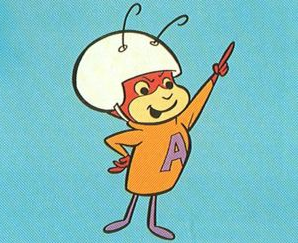 Well that was an odd little presser wasn’t it? It wasn’t the dog and pony show of the Jermain Defoe/Michael Bradley event a year ago. It wasn’t the “we gotta clear the room in five minutes for the maid” production they put on for Jozy Altidore a week ago. Actually it wasn’t like many player introductions we’ve seen – as it didn’t contain an actual player.

But did it really matter?

Yes it was all very silly – and at times downright cringeworthy – watching Tim Bezbatchenko, Greg Vanney and an MLSE suit with the country club name “Hoppy” hold court sans player, but it’s still a pretty great announcement. The Reds have officially landed their man, Italian international attacker Sebastian Giovinco and with it, pulled off one of the biggest player acquisition shockers in Major League Soccer history. No offense Mista.

While most of the football universe already knew that Giovinco (Or “Seba” as T-Bez so annoyingly refused to stop calling him) was headed to the “Grande Nord Bianco”, the press conference wasn’t a complete waste of time. After enjoying an excited video message from the player himself and taking the time to shill for season ticket purchases, Bezbatchenko did feed the gathered scribes with a few interesting tidbits:

So there you go foot and ball fans. A bloody, big, tiny (5’5″ jokes are the new Plata) deal that is meant to cleanse the palate of all who support The Unmighty Reds. Yes the monies being thrown around are all a bit nutty and TFC has some heavy cap tied down to few bodies for the foreseeable future, but I’d venture a guess that two weeks ago when Jermain Defoe was still officially our petulant property – you’d have taken Jozy Altidore and Sebastian Giovinco as replacements.

There is plenty of time to wring our hands about this deal going sour. Many will justifiably worry that Giovinco will not settle in a new city, in a new country and in a wacky new league. Many of you will fear that in a year he will be transferred to Padova in exchange for the MLS rights to Alexei Lalas’ 1994 orange beard. And that’s fair. It’s what they’ve done to us. For now though, we can enjoy that TFC went a little “video game club creator mode” and made a splash that was heard around much of the football world.

Now… about that defence.