Posted By Mark Hinkley on Aug 22, 2015 in Malarkey, Uncategorized | 0 comments 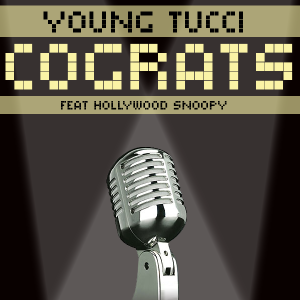 While a disaster on the pitch, the Sporting KC game produced what could only be described as a series of deranged ideas that we followed like a podcasting verion of Alice down a rabbit hole of insanity.  It all began as a hilarious series of big screen typos and names, and then quickly morphed into some patented VMP riffing.

To relay the tale you have to cast your mind to the time-honoured tradition that is birthday wishes and group outing shout-outs being shown on the big screen over the North Stand…On this occasion it produced a “cograts” to someone (obviously supposed to be “congrats”), and a birthday wish to someone going by the moniker of “Young Tucci”, which was assumed to be some  (awesome) MC name.

Full disclosure, I do not know “Young Tucci”.  I don’t know anyone named “Tucci” and one person named “Young”, and they have assured me of their non-association with someone named “Tucci”.  If this is someone you know, this isn’t a beef, or a mockery or anything.  It was an insane chase-the-bad-idea-until-it-becomes-stupid-and-brilliant idea that isn’t aimed at anyone except our amusement.

With that, VMP Records is “proud” to present the debut track from Young Tucci, “Cog Rats” featuring Hollywood Snoopy (which is more of an inside joke, I assure you).