Posted By Duane Rollins on May 18, 2017 in Analysis & Opinion, Uncategorized | 1 comment 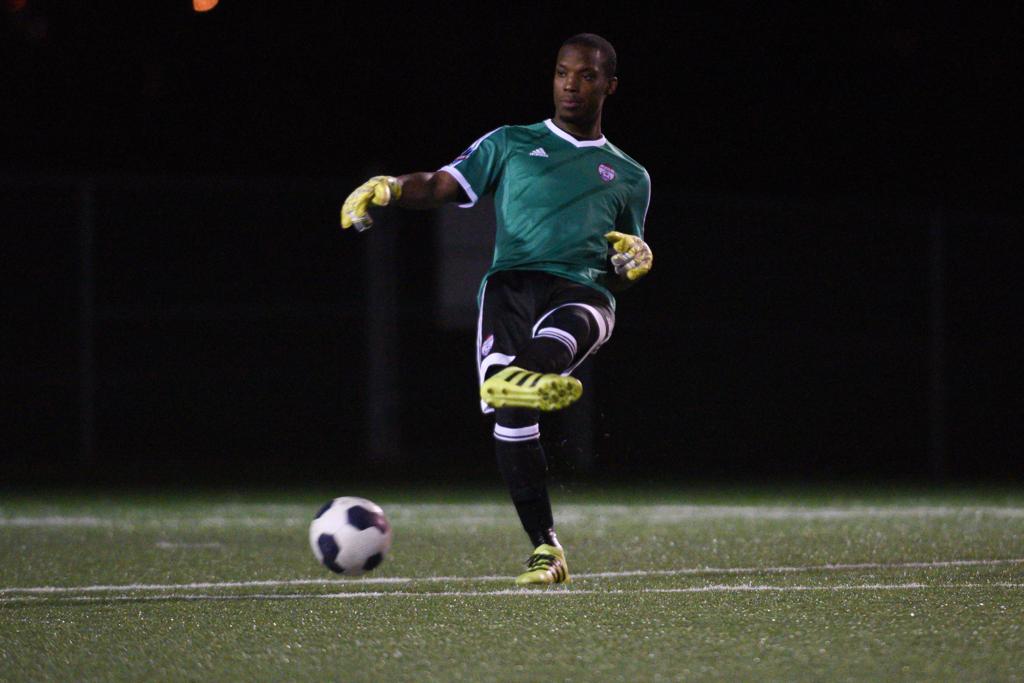 About 15 minutes into a League1 Ontario game between Sanjaxx Lions and Woodbridge SC, Sanjaxx winger Andrew Gordon stripped the ball off of former TFC product Dylan Carreiro. Showing skill that few think exists in this country, Gordon took off down the wing, beating two separate men on the dribble. Cutting inside, the 1997 product hit a curling shot that seemed destined to hit the far corner of the goal.

Quillian Roberts had other ideas. The former TFC back-up keeper leaped to his left as if he had rockets on his feet and got his finger tips to the ball, pushing it wide.

The play lasted about 30 seconds in what was an intense and highly entertaining League1 Cup contest between the established Woodbridge side and the upstart Sanjaxx. Woodbridge would end up doing just enough to win the contest 5-4 on penalties (with Carreiro getting Woodbridge’s goal, for the record), in what might have been the most entertaining game I’ve seen this year, regardless of level.

You may be wondering why this scenario is being described on a TFC blog*. The answer to why a non-TFC game is relevant to TFC is precisely because TFC had nothing to do with the game. Well, other than contributing a few players that it had previously rejected that is.

A highly skilled, immensely entertaining game of soccer took place in the City of Toronto and Toronto FC had nothing to do with it! I know, right?!

If you had listed to Bill Manning on last month’s Vocal Minority Podcast you might have believed that such a scenario was impossible. After all, he suggested on that show that the club didn’t need competition in the market because it was doing all the heavy lifting on the local development front.

TFC does do good things on the development front. Let’s be clear about that. The play of Raheem Edwards this season speaks to that. Still, Edwards is the first player that the TFC Academy has truly produced in the near decade it’s been operating. Yes, there have been other players that played for the academy that have gone on to play in MLS and even to do fairly well. However, a closer look at those success stories reveals that the players spent most of their key development years elsewhere (and even Edwards isn’t a cradle to first team player – he was poached from a rival youth club, but early enough that it would be unfair to completely remove TFC from the equation).

So, this is not meant as a bashing exercise on TFC. However, the idea that Manning is clearly floating – that TFC should have near development monopoly in Southern Ontario, much like the Whitecaps have in an absurdly large region – is, bluntly, poppycock.

This is a family site, so I’m sticking with poppycock.*

Manning’s insistence that TFC maintain control over Toronto is largely motivated by that word—control. With control comes profit. With profit doesn’t necessarily come the type of results that fans of Canadian soccer want or need to see.

Just take a look at the players listed in the opening of this column – two were directly rejected by TFC after getting next to no opportunities to demonstrate that they deserved a look at the MLS level. Brandon Aubrey can flounder his way through a USL season as a 22 year old rookie and Tsubasa Endoh can keep floating aimless crosses to no one in front of 600 people in Vaughan, but the local kids…?

Maybe TFC is right to let these kids go. You can probably make an argument in each individual case. However, when looked at as a trend, it’s troublesome. Consistently, players drafted out of the NCAA system are given a much longer leash than the kids that are developed locally. In a perfect environment this preference by TFC wouldn’t be a huge deal, but this is far from a perfect environment. Rather, it’s a hugely imperfect environment where players are at the mercy of TFC’s bias and preferences in selecting it’s academy products to push (as a concrete example of that TFC currently pushes nearly every prospect it feels it has to fullback/wingback, regardless of what that player’s best position might be. See Kaye, Mark-Anthony for more information).

As a professional club operating in its own bubble that’s fine (to a point, more on that in a moment). But, it’s not something that should just be blindly accepted. It’s certainly not an argument for the spurious thesis that TFC is all that’s needed in the Toronto market, as Manning floated last month.

Bluntly, TFC needs competition. Players need choices and, as the success of Sigma Academy has demonstrated, there is plenty of talent in the region to allow for that kind of choice/competition.

And, that would not only be good for Canada, but it would also be good for TFC. Beyond the general idea that competition drives you to be better, having options for players in the market would allow TFC to operate its academy in such a way that it wouldn’t need to pretend to care about overall system development issues any longer and no one would care. It could keep trying to find fullbacks at the expense of everything else with the comfort of knowing that if an elite centre-half prospect was out there that they could just buy him off Toronto Danforth SC of the Canadian Premier League when the time was right.

No club can hope to find every bit of talent in a region, no matter how big. In fact, the biggest clubs in the world rely on smaller academies finding and developing players to a point that they would be of benefit to them. Then they buy them, which in turn helps both the big and small team.

Toronto FC management talks a big game about wanting to become a world class club. If they believe that rhetoric it’s time to put their big boy pants on and act the part.

Big clubs don’t fear competition in their backyard. They embrace it and use it to their advantage.

*Not really a family site – he meant to say bullshit.