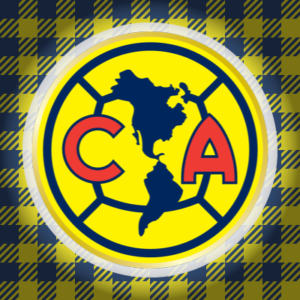 The Part I Write Before The Game:

I optimistically bought tickets for this one, but then stupidly went to Saturday’s game and it reminded me of how I don’t like standing out in the cold for hours, and then tonight’s weather forecast got all ‘special weather statement’ and so once again it’s a South Couch report. Kudos to all of you who went, but I’m too old for that shit.

Bloody hell, the semi finals, Club America, shit has definitely got real, and though Our Toronto Eff Cees are definitely underdogs, after beating Tigres it doesn’t seem like a completely implausible no hope kind of underdog. They could do this, and hopefully the stereotypical ‘Mexicans won’t like the cold/rain/wind/shitty pitch’ stuff will prove true and help. You’ve got to think if they are to win, TFC are going to have to be taking a lead in to the Azteca, but I guess we’ll see what happens.

Here’s the lineup, as brought to you by the fine folks at concacaf and helpfully screenshotted by Mr Tod.

#TFC #TFCLive you can delete tweets but the internet is forever pic.twitter.com/byTe0TjMDh

Vanney at striker, Morgan at Centre Back, Moor at left back, Bradley out on the wing. Auro’s a ghost. perfect.

In actuality, Bradley and Moor  will be where you think they should be, Greg Vanney is actually Greg Van der Wiel and he’ll be at centre back, and Auro isn’t actually a ghost. The midfield and forwards look comforting, as for the defence, well, that could be shaky. I mean, yay, Ashtone Morgan, always nice to see him play, but also this.

and here’s how America are lining up.

Update: Concacaf has got the players right, if not the positions.

-1′ – It looks really fucking cold and rainy. Happy with my decision not to attend.  Seems like quite a few others made the same choice, but all in all, not a bad crowd for the conditions.

5′ – Not much happening really, Auro with a couple of giveaways, which led to this conversation.

RedWineRoz: oh, well he should be used to this concacaf stuff then.

8′ – Giovinco takes the ball down the left, dribbles into the box, draws a challenge, falls over the leg. Ref gives it. Concacaf!  and Seba’s going to take it, fuck.

Goal: 9′ – The keeper had done his homework and went low to his right, but hey, Seba actually changed things up and went down the middle, just getting it past the goalie’s feet.

13′ – Giovinco and a lovely back heel from Delgado almost set up Morgan but he hadn’t run far enough, chance gone.

Yellow Card: 14′ Someone goes down, Seba gives him/the ball a bit of a kick. A lot of America players come running in to swing their sacos de mano. Seba gets a yellow, which frankly is a bit lucky. This one’s feisty. Concacaf!

17′ – Ball goes out for a throw to America, Giovinco protests very vehemently and Italianly.

Goal 21′ – Well fuck, that was nice. Ibarguen dribbles round a bunch of people at the top of the box, perhaps a bit too tentative in the tackle, then hammers it past Bono.

Yellow card: Van der Wiel hauled down as he bombs down the right wing. Yellow to Uribe

28′ Lovely passing, then Giovinco tries to dribble through some people, probably looking for a free kick. Doesn’t get it. Stays down after as he might have caught a sneaky kick after the fact.

29′ He’s back up, and running at the defence again, gets tackled very well, knocked over in the process, again no foul, but no protestations this time which is good.

33′ – Moor gives Bono a backpass under pressure. Tries to hammer it downfield, held up in the wind, Peralta tries to lob Bono, gets it wrong and it’s over the bar.

39′ – Sloppy few minutes for the defence here when trying to clear their lines, clearances constantly going to America players.

41′ – More sloppiness gives Ibarguen another chance. Zavaleta does well to hold him up a bit, then gets the shot off and it whistles just wide.

Goal: 43‘ Altidore nearly scores, then just a few seconds later it’s Giovinco to Altidore, he does that thing where he gets the ball in the middle, runs at the defence, cuts to the outside a bit, then goes back across goal to score in the far post. A thoroughly Jozy Altidore goal.

Halftime Mood : Concacaf!  Stunned, almost dizzy, this has been a lot of fun.  And now there’s a bit of a scuffle at the entrance to the tunnel. Seemed to be mainly subs/coaching staff going at each other, though Osorio got caught up in it as well. Hopefully another tunnel club rumble to hear about when tv comes back.

I have no idea what’s going to happen in the 2nd, TFC will have the wind behind them, there’s more goals and at least 1 red card left in this one.

Jozy, right in front of me, staring up to us, mouthing “This is my f*cking house”. Honestly, that man is a beast and I love him

No cards for the tunnel shoving apparently, so we’re on to the 2nd half. Still looks bloody miserable.

46′ – Good move from TFC, highlighted by another delightful back heel from Delgado doesn’t quite work out as Auro overhits the cross.

50′ Giovinco almost with a chance, but dribbles his way to nowhere and loses the ball.

51′ Quick ball to Giovinco, one on one with a defender, tries to shoot early, gets it all wrong, blocked for a corner.

51′ The corner’s crap, but TFC come back, and Delgado and Giovinco get the ball close to the net, but the cross is deflected. Delgado’s passing has been very fancy and very effective, it’s lovely.

Sub 54: somebody off, j-j-j-Jooooe Corona on.  So good he gets his name on the back of the shirt twice.

Goal: 58′ – Ashtone Morgan!  Hell of a goal, ball moved down the left, some lovely touches, out to the right, more loveliness, then Auro puts in a good cross, Altidore doesn’t quite get to it, but Morgan comes barreling in and knocks it in. Ashtone fucking Morgan!!!!

Yellow card: 69′ Rodriguez knocks Giovinco over, then picks up the ball and hurls it to the ground in disgust, gets himself a yellow.

76′ Ibarguen from outside the box, hammers it, over the bar, but pretty pretty close.

Sub: 79′– Henry Martin comes in for someone.

Sub 90 + 2 Ricketts set free, a defender with him, Ricketts decides to go to the corner rather than try to slip it across to Hasler who’d have been wide open in the middle.  Good decision says Steven Caldwell, Booooooooooo say I.

Well fuck, that was really really good. The game died off after TFC got their 3rd, but still that’s a bloody epic game and a fantastic result. Ashtone Morgan was absolutely fine, then scored a goal, Van der Wiel did alright, if anyone was a defensive weak link it was Auro.  Osorio and Delgado were fantastic, and all in all, that was a well deserved win.

Are TFC favourites now?  Probably, but it’s narrow at best. Down 2, America are going to have to go for it, and as we saw when Tigres had to go for it, Mexican teams are legitimately scary. We barely hung on then, can we hang on for a full game with America going at us? I doubt it, so I think we’ll need at least 1 goal there to be able to bring this home. Which is very possible.

Whatever happens though, another legendary night at BMO Field. Congratulations to those that went, you made the right decision.

Man of the Match : Preposterously Giovinco got it officially. Morgan’s goal is a great moment and he had a solid game, but has to be Marky Delgado. Did his usual good stuff, and added in all sorts of fanciness, flicks and backheels. Not superfluously fancy either, fancy with a purpose, and remarkably effective.  Osorio was good as well, how does Vazquez get back into this team unless it’s a 4 man midfield?

Goat of the Game : Not fucking applicable. Not here.
Ref Rating : 3/5 Game jind of got out of hand, but he just about kept it under control, without any outrageous decisions.
I Am Not The Gaffer, But… : Zero complaints. Without Morrow, Mavinga, Hagglund, Vazquez, the makeshift defence looked fine, and while the midfield shape seemed to leave Bradley isolated a bit too much, Osorio and Delgado were great going forward. All very nice.
In Case You PVR’d It : Watch the whole thing.  Then save it and watch it again next Tuesday before the 2nd leg.