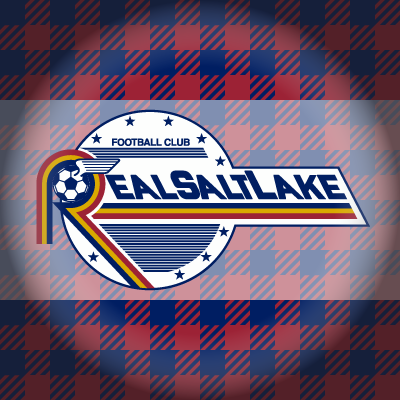 I’m so excited, it seems like it’s been forever. Sure, key guys are out for various reasons, but this is the big time. This is a make or break scenario. What happens here is a clear indication of what we can expect out of these guys. Their mettle. Their character. Their desire to step up and elevate themselves.

It just sucks that it coincides with Salt Lake and Toronto at the same time.

You see, it’s Wrestlemania. It’s the biggest show of the year.

That’s exactly why this game needs a run in by DeRo.

Anyways… our beloved Robins are still on their epic road trip and run into an RSL side that hasn’t lost a game. Yes, it is misleading as they haven’t won one either, and they only have 2 games under their belts as well. Toronto is missing most of the players you’ve seen in marketing pieces through international callups or injury. And Morrow’s suspended for the red card from two weeks ago.

In what is the smartest thing I’ve heard out of the Toronto camp, Cheyrou is the captain tonight. Part of me thinks that this will be a strong acid test to see how much we can heap onto Giovinco’s diminutive shoulders. We’ll find out shortly.

6’ – On one hand, I’m used to seeing the red team feel out the opposition. On the other hand, I anticipate that red team to be Toronto. Confident and aggressive so far. Me likes.

9’ – Very solid ladder match. Daniel Bryan just won the Intercontinental Title by, a bit absurdly, winning a battle of head butts atop of a ladder. No concussions there!

20’ – YELLOW – Moore hacks some poor bugger down. He didn’t even try to dispute it.

28’ – Morgan’s hustle wins another corner. Whipped into the box and after a few fumbles, Cheyrou has a go from 25 yards out. Missed, but it was nice to see someone taking a chance.

42’ – GOAL – Big cross finds Mulholland at the back post unmarked and he pops it in. Pretty ball too.
ROYALS 1, ROBINS 0

51’ – OK, so 1997 just happened. Sting is fighting HHH and NWO just showed up. It was tough to tear my eyes away from it but it looked like good TV.

60’ – YELLOW – Warner hacked someone down in a very late tackle.

64’ – There we go Giovinco! Again! Quality shot taken, got close.

70’ – Hagglund gets on the end of a corner and does a great job getting his foot to it, but stopped by the RSL keeper on the line.

72’ – Hagglund is completely playing the “Henry” role as he gets into the box and fires a header from a corner into the net, but the ref deemed it to be a foul immediately. Not sure why #thatsSoHilario

74’ – Giovinco free kick launches a looping ball that nearly caught the keeper off guard. Fantastic stuff. Close, but need to be closer.

82’ – Apparently Randy “Macho Man” Savage was inducted into the WWE Hall of Fame. Glad he had that airport in Columbus named after him before he passed away

87’ – The defence gets caught on a counter attack but the resulting attack finds the ball low in Bendik’s hands.

88’ – GOAL – Jackson gives a nearly brutal 1-2 with Dike, Dike controls it enough to deliver it back and he slips it very nicely under the goalie
ROYALS 1, ROBINS 1

89’ – GOAL – sonovabitch… Sandoval fights off a pile of defenders, lays it off for a cross to come flying in and find an unmarked Allen’s head who beats Bendik.
ROYALS 2, ROBINS 1

90+4’ – Dike really should’ve come on earlier. He’s just been a bully to Olave since he stepped on the pitch

Man of the Match : Nobody was spotlight outstanding, but I’ll go with Bendik. Awwww screw it, it’s Jackson!

Goat of the Game : Nobody stood out as being overly terrible either. Osorio seemed invisible, the two yellow cards were really bad, Morgan didn’t see Mulholland get behind him for the first goal.

Ref Rating : 2 out of 5. Just because you blew the whistle immediately, doesn’t mean you got the call right.

I’m Not The Gaffer But… : I think he did very well with the hand he was dealt. Hindsight the substitutions could’ve been made earlier I suppose.

In Case You PVR’d It : Watch it all. Wasn’t a bad game. Plenty of positive play from Toronto.

Am I crazy to think that because there was no “undisputed leadership captain” stuff going on at the back, that the side had to step up en masse and play for one another? Not suggesting that they should play without our DPs more often, but the team seemed a little less inhibited in moving the ball around and trying things. The difficult gauge in this is how much of this was Real Salt Lake being largely dormant. When they succeeded, their successes were nice combinations of motion that resulted in attacking the penalty area, earning an alarming amount of corners and it wasn’t just Giovinco or just Findley. I felt it was fair that they had earned a point, but it was not to be. This side looked like fun from the opening salvo. Well done.

Hagglund didn’t look too bad. Even as a bit of offence from the back, he was confident getting up and making his opportunities count… I know they were playing up to the crowd, but that Rock/Rousey v McMahon/HHH segment went on about 2 minutes too long… The back four weren’t that bad in replacing 75% of the starters. Felt that RSL, ultimately, weren’t that potent so this was an easier assignment than most of the other teams they could’ve faced. If this had been Columbus, that scoreline could’ve been uglier… I’m all for nostalgia, but why is the Undertaker wrestling at Wrestlemania still a big deal? Working one match a year is a pretty sweet gig if you can get it… Toronto’s next opponent just got their first taste of a win as Chicago took down Philadelphia 1-0.