THE STARTING 11: Other TFC Superstitions

Posted By Tony Walsh on Dec 5, 2016 in Malarkey, Uncategorized | 1 comment 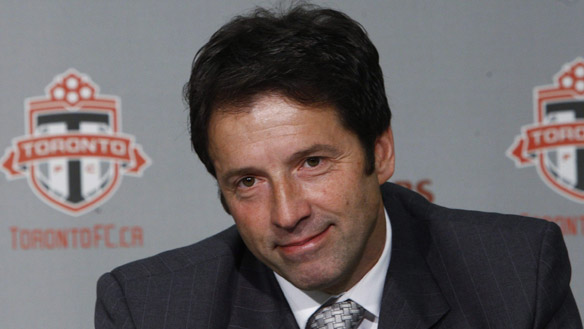 In a week of good vibes in TFC Land we don’t want to dwell on the somewhat negative effect the MLS Cup ticket situation had on many fans. It sucked for some and the league should know better. A funny aside of the episode however was TFC staff’s explanation that they didn’t want to discuss the Cup Final before The Reds qualified as not to jinx it! Who knew MLSE believed in the dark arts?! It makes us wonder, what other superstitions based on the last 10 years of oddities are TFC and their staff tiptoeing around this week…

11. No one making direct eye contact with Giovinco’s eyeball tattoo

8. Letting Bitchy the Hawk loose over training sessions in the hope she craps on the starting eleven

7. Avoiding bad luck by not walking under Jon Conway

6. All invisible cheques to be cashed by Friday

4. If you drop some chip butty you then have to throw one over your shoulder