Home » Malarkey » THE STARTING 11: Rejected Alternatives To “The Band of Allegiance”

THE STARTING 11: Rejected Alternatives To “The Band of Allegiance” 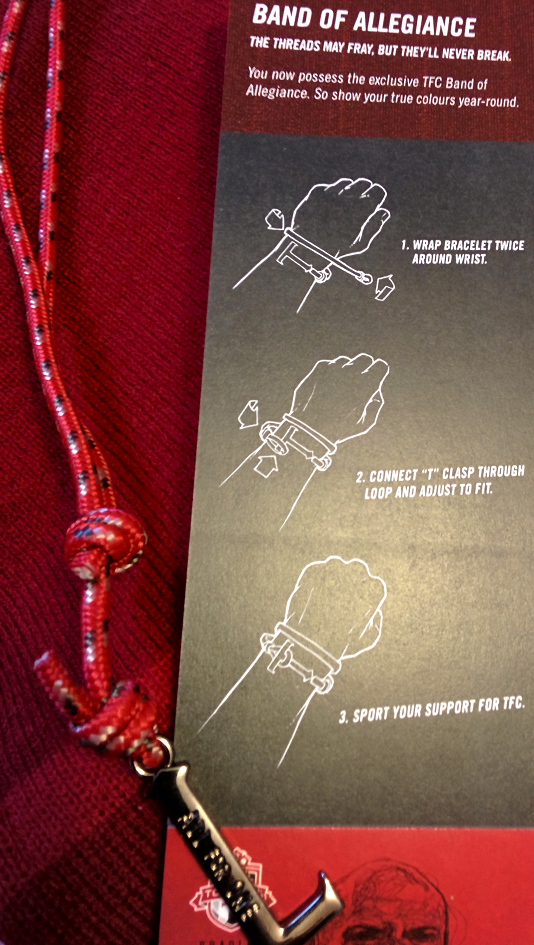 Oh TFC, you may not provide us with playoff dates but you sure do bring the laughs. Unintentionally yes… but still. Cheers, you dopey nitwits.

The latest resource for eye-rolling came in the bungee-cordtastic inclusion of “The Band of Allegiance” in the season ticket packages. For those not privileged enough to receive this gem, it is a metal “T” affixed to a mini bungee cord with included illustrations that instruct the supporter to wear it around their wrist in the ultimate act of allegiance to the club. You know, like a religion but without the answered prayers. In the grand scheme of things it’s not all that worse than the push a few years back to make Livestrong-esque bracelets a thing at all times but you would thing that some boffin in the marketing department may have said “hmm, does it look a little too noose-y to anyone else?” But hey, it could have been worse; they could have chosen one of these rejected items instead…

11. The Thunderstick of Subliminal Advertising

10. The Plastic Cup of Inebriation

9. The Tissue Box of Emotion

8. The Form-Letter of Contrition

7. The Pearl Necklace of Obedience

6. The Sweatpants of Resignation

5. The Pizza Coupon of Patronization

4. The Rose-Coloured Glasses of Ignorance

3. The Annual Toque of Departure

2. The Argos Ticket of Inevitability

1. The Blank Cheque of Convenience