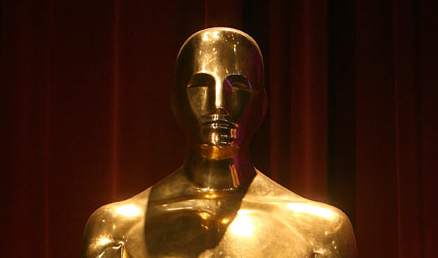 What is the only thing longer than sitting through the next TFC Five-Year Plan? The Academy Awards ceremony! The annual homage to Hollywood’s finest (except the shameful shunning of Scott Baio’s 1982 opus Zapped!) usually runs for a solid thirty hours, testing the most dedicated viewer. A bit like 2014 at BMO Field. Much of the reason for the bloated running time of the show is the long-winded, overly-descriptive nominee introductions. Things would run so much smoother if the Oscars introduced real dramas instead… like Toronto FC.

11: “Time, space and allocation money span multiple generations and conferences as former TFC players become heroes after being traded or released… this is… “Ex-Men: Reds of Future Past”

10. The story continues as a club attempts to harness the fiery intensity of their wild beast. Nominated for Best Over-Animated Feature… “How to Train Your Jackson 2”

9. An unexpected diminutive hero emerges with the power to inflate – his wallet – but can he lead his new friends to playoff safety? There’s fun for the whole family in… “Big Hero 5’5“”

8. The surveys are in and it’s unanimous, this tale that chronicles the creation of a fluffy hawk to entertain kids and bother football fans at BMO Field is a smash hit! Best Picture nominee… “Fuzzy Birdman or (Unexpected Virtue of a Potential Mascot)”

7. A rag-tag bunch of misfits must try their best to stop the evil MLS Cup Winners against all odds. Ladies and gentlemen… “No Guarding Against The Galaxy”

6. This heartwarming tale of an aging Scotsman and his attempt to wrestle his addiction to swinging his arms wildly on set-pieces all while dealing with the loss of his captaincy… this is… “Boxflapper”

5. A man vaunted as a tactical genius may lose everything when a dark secret (there are no tactics) threatens to become public knowledge. Greg Vanney’s plans come to life in… “The Limitation Game”

4. Filmed over seven long summers, this tale follows the trials, travails and CAW! of a young hawk that grows up before our eyes. Multiple nominee… “Bitchhood”

3. This irreverent comedy follows the wacky capers of an unbalanced group of characters as they spend their spring in a bizarre Florida residence. This is… “The Bland Bradenton Motel”

2. A genius in his own mind isn’t afraid to speak on any topic when a microphone or camera is nearby. The President of a huge sports and entertainment empire has… “A Theory on Everything”

1. Dark, troubled and brooding. Can this leader of men be counted on to keep calm under fire and when talking with referees? Michael Bradley is… “American Snapper“