Home » Analysis & Opinion » To beat the press, Vanney and TFC starved it.

To beat the press, Vanney and TFC starved it. 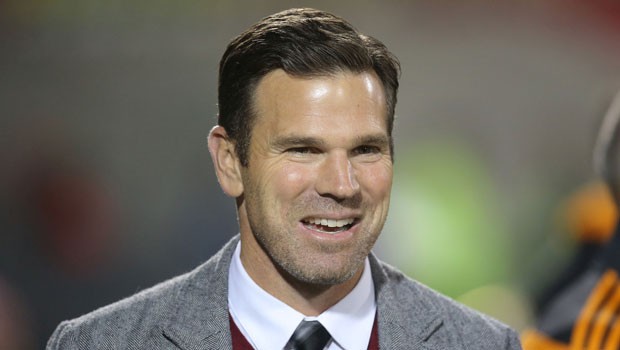 “I love it when a plan comes together” Yeah I know he’s more Face than Hannibal, but still.

Fool me once, shame on me, fool me twice, won’t be fooled again. Wise words George, wise words. And yet, here I am, after TFC won their season opener away from home for the 3rd year in a row and feeling good. In fact, feeling much better about TFC’s prospects for the year than I did the last two times. 2014 and 15 the first games were about the stars, Defoe and Bardley, Giovinco and Altidore. This time not so much. What caught my eye is the coaching, the tactical decision making and the hint we might actually get a team that makes sense this year, that cares about defence.

The off season gave moments of hope, there was Bill Manning’s talk of being embarrassed, and of setting a goal of reducing the goals allowed to 45 from last season’s ridiculous 58. Though the off season champions label is probably a bit much, there were some impressive signings, and the emphasis was clearly defensive. The big question mark though was of course Greg Vanney. Any even semi regular reader/listener will know we here at the Vocal Minority are pretty disdainful of the whole ‘student of the game’ thing but the early indications seem to be that he has actually managed to learn something, at the very least humility.

In his first year and a bit, Vanney’s teams have given the impression of being more about the offence, complete with often suicidally attacking full backs, and Vanney opined about not wanting to be a reactive team, instead wanting to take the game to the opposition and force them to react. Admirable/naive, call it what you want, it didn’t really work out, especially against good teams. You could point out many examples, but there’s no need to go further back than the 2 games against Montreal to end last season, the tactics clearly weren’t working but Vanney didn’t react, the exact same thing was tried and predictably it all went wrong.

Now it’s obviously only been one game, getting too excited here would be as silly as it was in ’14 and ’15, but this game, this was all about reacting. If ever there was a game for parking the bus, for focusing on defence and just hoping something might happen up front, this was it. New York are a very good team, supporters shield holders and of course TFC had never won at Red Bull Arena (did anyone mention that, i thought someone might have made something of that stat).  The clean sheet was the main goal and the defence looked solid for the most part. It wasn’t perfect of course, New York are a good team who caused some problems, but with a bit of luck and some rusty early season finishing from the Red Bulls, the clean sheet was got.

Now there’s no guarantee this would work more often than not, and you’d certainly hope TFC won’t be taking such a defensive stance in other circumstances, say home games, or games against weaker teams, but having a few different tactical looks to pull out throughout the season wouldn’t be a bad thing.

The obvious complaints about this game would be the fact that TFC could barely hold on to the ball, giving New York almost 63% possession and firing way too many long balls for Giovinco to gamely chase. Poor Seba, given so little ball to play with and so many New York defenders to manhandle him, it’s no surprise he was looking frustrated out there before things all came together for him near the end.

I did my fair share of groaning about it at the time, but with a bit of time to think, I think it’s very obvious that that was the plan, and rather than the clean sheet arriving despite such generosity with the ball, it happened because of it. The aggressive pressing was what everyone talked about beforehand with regards to New York’s tactics.  To beat it, Toronto starved it.

It was all very much part of the plan, Vanney talked beforehand about just this sort of thing:

“…They’re committed to press high up the field, and what they’re trying to do is get you to commit turnovers in your half of the field that they can play forward quickly and be in front of your goal in no time. They proved over the course of last year it can be a very effective way of playing,”

“They want to force us into the middle where they have some high-energy players, and they want to look to immediately transition to the counter. We have to be safe with the ball…”

Have a few chalkboards, first up here’s the defence’s successful passes.

And their unsuccessful ones

You’ll notice the gaping hole in the middle of both of those, TFC wanted nothing to do with playing through midfield, and for the most part stuck to that and for the most part it worked. There was certainly pressure from the Red Bulls, but there was very little of the panicked reactionary defending that comes from cheap giveaways in dangerous positions.

New York’s main strength negated by a plan that was all about reacting to the opponents, well done Greg Vanney. There will be plenty of games where you SHOULD be going out there, playing your game and forcing the opposition to react, but I can only hope we see more tactical adjustments based on opponent’s strengths, whether denying teams like Vancouver or Dallas the quick counter attack, or countering the wide play Columbus’ attack is based on. I don’t expect to see this game plan all that often, but the fact that it happened gives me hope. I’m happier with the tactical changes, and even just the idea of tactical changes, than the (let’s face it, still somewhat lucky, there really wasn’t much going on up front, that part of it’s not ideal.) result.

Another good thing to come from that game, Michael Bradley’s positioning. here’s his chalkboard.

It’s central, it’s deep. It’s not all over the place. This is a good thing.

There’s clearly plenty of top level talent on this team, and a more solid defence was added to it over this off season, for me the two big questions that may drag the talent down to another mediocre season (aside from injuries, there’s definitely some depth issues that hopefully won’t be too big of a problem) are Greg Vanney and Michael Bradley. It’s obviously way too soon to be declaring success (I’m most intrigued to see what happens when Jozy Altidore comes back and Giovinco moves to the left wing spot. Can Vanney get him to buy into being as defensively responsible as the wide players were here? If not, can he figure out how to work around it?) but there were very promising signs in this game in both those regards.