Toronto FC vs New England Revolution: Can TFC Have a Perfect Home Stand? 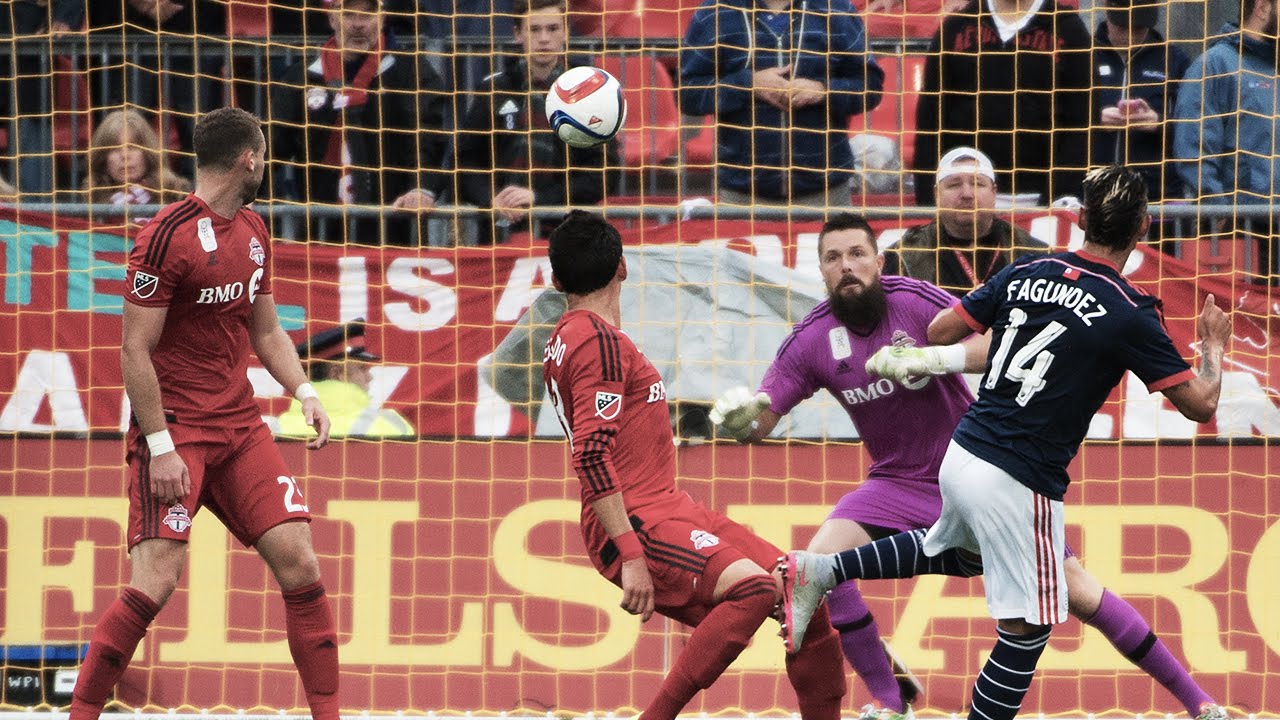 Well this is an unfamiliar feeling, Toronto FC playing well – playing so well that they’ve won their last three games and are on the cusp of a perfect home stand; feels weird doesn’t it?  Even weirder is that they’re doing it with a very young midfield and a rookie keeper – raise your hand if you keep waiting for the other shoe to drop, for “old TFC” to return. *waves hand wildly*.  It’s great to see TFC punching above their weight right now (given the lineup) and there’s no denying that this has been a pretty fun home stand; BUT – there’s always a but – this will be their third game in six days, with no squad rotation available for the players that likely need it most and a well rested opposition…this could be a tough one.

Of course that opposition just happens to be the Revolution, one of those teams that TFC has always had trouble beating and in fact has not won against them at BMO since 2010 and not at all since 2013 (0-5-3 record in that time)…oh goody.  The Rev’s attack is to be feared and the likes of Lee Nguyen, Diego Fagundez (watch your mouth) and oh yeah, Kei Kamara have to be salivating just a little when looking at Toronto’s current lineup – especially that midfield – I’m almost afraid to watch.  That’s not to say that the Revolution are world beaters right now, they’re barely clinging to a playoff spot, have one of the more porous defenses in the league and aren’t exactly lighting it up on the road.  The main concern really in this game is a well rested, veteran laden team against a tired, youth filled one.

TFC really can’t do much with their lineup tonight in terms of rotation; Benoit Cheyrou is still injured, Michael Bradley isn’t quite back yet and Will Johnson & Clint Irwin are still weeks away from rejoining the squad.  So other than when and for how long Jozy Altidore and Tosaint Ricketts play, there’s not much that Vanney can do other than switching out Eriq Zavaleta for Josh Williams (yes please) and maybe give someone else a turn at fullback.  This is a case where you have to hope that youth wins out over tired legs and the desire to keep the winning streak going ensures that they play smart, controlled football.

Which leads us to Sebastian Giovinco and Wednesday’s behaviour was an anomaly and not the new normal for Seba. Many (bloggers, fans, MSM) have noticed that Giovinco has seemed more frustrated this season, less likely to trust his teammates and given to yelling at officials – Wednesday night it all bubbled to the surface.  He ignored a wide open Jordan Hamilton on one play, was seen swearing at a teammate (Marky Delgado?), over something, and was very animated in his displeasure with calls from the ref.  It’s something that comes with passionate players but it’s also a frustration from a fan perspective, you want the players you like and respect to play with passion yes, but we want the passionate Seba that is having fun, that celebrates with the fans, that enjoys what he’s doing. So fingers crossed for fun Giovinco tonight, yes?  🙂

The other hope for this evening is that the team has rested, they certainly looked worn out on Wednesday night and playing against a team like the Rev that have a lot of quickness, tired legs will not serve them well.  This is an opportunity for Toronto to solidify themselves near (or at should all the cards fall correctly) the top of the Eastern Conference; a nice place to be in the middle of the summer.   I’m expecting another great crowd, it’s not quite as hot as Wednesday (thank the weather gods) and I’m staying with my podcast prediction of 2-1 for TFC.