Home » Match Previews & Reports » Toronto FC vs Philadelphia Union: Will TFC Get Up To No Good?

Toronto FC vs Philadelphia Union: Will TFC Get Up To No Good?

Posted By Kristin Knowles on May 1, 2015 in Match Previews & Reports, Uncategorized | 6 comments 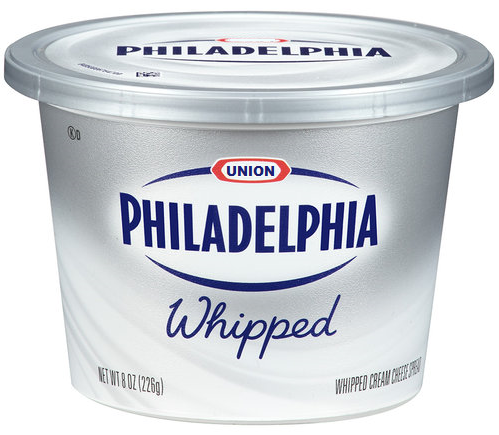 Winning streak!  Well, they won – that’s the start of a streak, right?  Toronto FC are heading into west Philadelphia (OK Chester) to do some chillin’ out, maxin’ – maybe even relaxin’ all cool – shooting some footballs and hopefully not getting schooled by a couple of guys from the neighbourhood.

Only two more games to go before TFC can finally play a game at home – this weekend’s match against Philadelphia (Saturday May 2, 4pm on TSN4) and next Wednesday’s away leg of the Voyageurs Cup in Montreal.  The win last weekend in Orlando gives them a chance to head into opening day with nine points, and you know what?  Nine points is kind of OK – it’s not stellar, but it’s a starting point and keeps them from being mired too far at the bottom of the table.  I’d be pretty content with those numbers heading into next Sunday’s home opener.

There are several big questions surrounding the match against the Union:  1. Can they carry the momentum from a decisive win in Orlando into this game?  2.  Will the new back four be able to put forth another solid effort.  3.  Will Chris Konopka be able to shake off more than two years worth of rust and put in a good performance and 4. Will the goals keep coming?  Then there’s also the ongoing issue of injuries with some interesting new revelations.

Momentum: TFC is not normally a team that builds upon momentum – they are still searching for consistency that would allow them to truly utilize any sort of lift that they get from winning games.  However heading into this match they will have close to the same lineup and are facing a team that is very much struggling to get points, goals or anything positive from this season so far.  If Toronto can take advantage of the Union and not let them harness the ‘wounded animal, backs against the wall’ mentality.

Defense: The biggest story for TFC this season and the perhaps the biggest surprise last weekend in how they acquitted themselves – a clean sheet for TFC and on the road is no mean feat.  And for them to do it with certainly not the preferred back four (although I wonder what that is these days) was a solid accomplishment.  Part of the solidity at the back had to do with putting players in their natural positions; yes Morrow was on the right instead of the left but he is a veteran that can make adjustments.   Nick Hagglund is also still very much a young player that is learning, but having him back in the middle next to a veteran partner made all the difference.  And can we talk about Ashtone Morgan?  I am delighted that he is playing well enough to retain that spot on the left while Morrow shifts to the right – well that is until someone will entertain my idea about making him a winger; I’m not kidding!  But until then I am hoping that this truly is a resurgence for him (we’ll talk about that number thing elsewhere).

Caveman! I mean Chris Konopka!:  If you listen to our podcast you know that we lovingly refer to the man mountain that is Konopka as Caveman and that we secretly hope that he will be the starting keeper next Sunday (get better soon Joe!).  Konopka of course is being pressed into service due to a foot injury suffered by Joe Bendik this week.  Konopka hasn’t started a MLS game since May of 2012 – ironically as a member of the Philadelphia Union in a match against TFC at BMO Field, where he was pressed into work due to injuries to the regular Union keepers (Toronto won 1-0 btw, here are the highlights).  However he’s considered a good enough backup to stay with the team – I realise that this is damning with faint praise but TFC have usually had pretty solid keepers and I’ve no reason to think that he won’t do well.

Goals:  Given the talent that they have in Sebastian Giovinco and Jozy Altidore the goals haven’t been exactly plentiful for Toronto so far.  However in the last couple of games both of TFC’s high-priced strikers may be finding their rhythm.  This is in part due to a much more complete game from the midfield in the Orlando match and Seba lifting ten times his weight in the Dallas game. Either way, with the lineup likely to be close to the same as last week we can hopefully look forward to some more of the skillful playmaking we saw from Benoit Cheyrou (ooh that ball to Jozy!) and Michael Bradley in Orlando.  If this is the real TFC then we might have some good things to look forward to.

But what of the injuries you ask?  Well, Mark Bloom, Steven Caldwell and Clement Simonin are all still out along with the recent addition of Joe Bendik.  The latest injury report from TFC was interesting though:  Caldwell has an Achilles injury?  Thought it was a calf strain, an achilles injury is nothing to toy with.  Hands up those of you that are expecting his retirement announcement/farewell coming any day now?  It won’t be May 10 – why mar the home opener – but the match on the 23rd looks ripe for a dual farewell moment to both Caldwell and Dwayne De Rosario (remember him?).  And then to find out that Simonin had minor surgery on his right knee – no details as to why but presumably we’ll get to see him at some point this season.

As for what they’re facing in (cheesy) Chester?  Well regardless of what it says in the standings the Union are not pushovers and have on their roster several players that can make any team’s life miserable.  Conor Casey is the first one that has to come to mind; long a physical, goal-scoring thorn in Toronto’s side (scoring in both games of that season destroying home and home against the Union last season), he’s yet to find the back of the net this season.  Neither has Union captain Maurice Edu – most famously known for being sold for the TFC’s grass pitch back in 2008 (his mammoth transfer fee helped finance our soon to be gone natural grass).  Both players are long overdue and as I often say, Toronto FC is good for what ails you.  Of course we can’t forget Sebastien Le Toux or recent Union acquisition CJ Sapong – both are more than capable of turning a game around in an instant

Luckily for Toronto (and Ashtone Morgan), petulant, (and dirty) Union midfield Danny Cruz is out on loan to FK Bodo/Glimt, Jack Mack and Ernie have gone to Montreal and their keeper situation…well lets just say that Union fans continue to hope for Clint Irwin to do well and for Zak MacMath to come back soon.   Toronto have a great opportunity in this game – if they stick to the same formation (really folks 4-4-2 is not a bad thing), keep their shape and get Altidore and Seba involved early then they should win.  I realise that means I’ve cursed them but honestly; would any team not look at the Union right now and think points on the table for the taking?  They too have been plagued with injuries and have struggled with a myriad of issues from coaching, to goals let in (leading the league with 17) to team chemistry and consistency, to fan unrest.  In a way they’re a lot like our Reds, but in this case we don’t care – we just want the points!