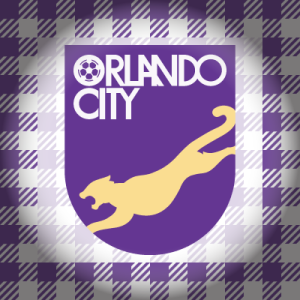 After the glut of summer games, I’ve got a weird sense of withdrawal, don’t you?

After Toronto came back to tie it and nearly stole the three points (or had the penalty taken away from them… I’m still not sure), a game against the Princes of MLS (cuz they’re the purple ones), Orlando, should be three points.

Mostly because they’ve conceded 4 goals in each of their last three games. Yeah, they lost them.

There was a preview, so you don’t need anything from me here. Let’s get to some stupid predictions.

5’ – Bradley on a corner finds a leaping Ricketts

10’ – Brek Shea puts a low cross through the box and finds Larin for a poke, but Bono makes a solid diving save to palm it away.

19’ – Osorio lays it off to Delgado who puts a low cross behind a sliding defender, but a sliding Morrow at the far post can’t quite get to it in time.

Ugh, there’s still half an hour left in this game.

71’ – RED – Ricketts gets a second yellow for an attempted bicycle kick and must have resulted in a boot to the face of Aja.

90+2 – I’m awake! Osorio down the wing with a beautiful cross to no one, terrible clearance lays down for Johnson and 15 yards out, puts his foot through the ball and just goes wide of the goal.

Goat of the Game : Bradley had some questionable short corner choices, but not really a goat. You know what, Ricketts for getting a suspension. He’s really putting his club at a disadvantage by not being on the field as a part of the hottest scoring duo in MLS right now #ALTITTS *hey*

I Am Not The Gaffer, But… : only because I’m biased, I think Cheyrou should have started (out of bias), and I want a better explanation as to why Bono started over Irwin (largely curious).

In Case You PVR’d It : ugh. You’re either going to watch the whole thing because you need to or quit after 20 minutes because nothing happens after that.

Kit Spotting : I was wearing an Ottawa Fury kit, so I win. Boom.

This was an odd game. Orlando’s goal hemorrhaging has stopped and it couldn’t have come at a worse time (with Montreal winning) meaning Toronto hasn’t secured a home date. Yet. Toronto had a good first half, but nothing really happened, then had a less-than-good second half but challenged Bendik to make some saves. Orlando never really threatened to be anything past mediocre for large portions of the match, and became rather anemic once Toronto was down to ten men.