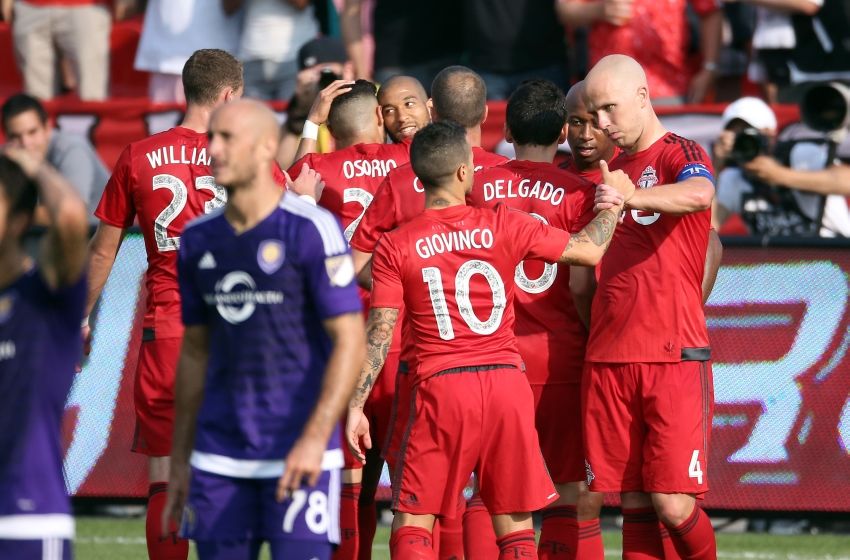 Toronto FC are having a pretty good season; not just by TFC standards, but by MLS standards – second in the East, third best goals against in the league, already in the playoffs (oh a win tonight gets them a home playoff date) and are still in contention for the Supporters Shield – heady stuff for a team that’s made failing spectacularly an unofficial team motto.  However even with those heady numbers Toronto have struggled a bit of late and have been unable to win their last two games at home, including a truly dismal first half against the Union on the weekend.  With a struggling Orlando side in town for tonight’s match, TFC have a golden opportunity to not only solidify their place in the standings but to take advantage of having a favourable home schedule down the stretch.

As mentioned Orlando are having a rough go this season and have been really struggling the last while, losing their last three games and allowing twelve goals in that time.  For a team that boasts some high quality players and a high profile coach – not to mention a large and engaged fanbase – this season has been a disappointing one to say the least.  However this equals good news for TFC; well it should equal good news – Toronto have pretty much owned Orlando in their previous meetings having only lost one of their five earlier meetings.  TFC have also outscored the Lions 15-5 over those meetings; if only TFC had a pint-sized Italian to join in on the fun tonight!

Speaking of Seba, the atomic ant has returned from his brief trip to Italy and has returned to training, in fact he may even feature tonight! OK, not really – it’s doubtful that Seba will play before the weekend, they’ve been faring well enough without him and no point in risking him too soon.  Other players that are back from injury – Tosaint Ricketts, and suspension – Armando Cooper are both more likely to play tonight.  Ricketts could start in place of Jordan Hamilton who’s had some up and down performances in his last couple games; which is disappointing as I’d hoped that he’d really rise to the occasion and take advantage of his rare starting minutes.

I expect we’ll see Ricketts start in the place of Hamilton tonight, Zavaleta at the back, and possibly Endoh on the wing.  There’s a small possibility of Benoit Cheyrou starting but with a speedy team like Orlando it’s doubtful; though his veteran presence is always welcome and could help against savvy opponents like Kaka and Brek Shea.  We’ll certainly see Jonathan Osorio and the rest of the usual suspects in the midfield and up front, while newest member of the 100 club (and third leading scorer for TFC) Justin Morrow, along with Drew Moor and Steven Beitashour at the back.

Regardless of who starts this is a big game for Toronto, actually all of their games down the stretch are big ones – a win tonight should put a lock on a home playoff game and keep them in the race for the Supporters Shield, and, at least briefly, put some space between them and NYCFC.

Hoping for a good crowd tonight; yes it’s a mid-week game but it’s a beautiful day and the closer TFC get to the post-season the more fun these games are (or should be).  We didn’t record the podcast this week (stupid plague) but I’m going with a 3-1 win for TFC.