The Magnificent Morocco? Reds set to move for Ahmed Kantari 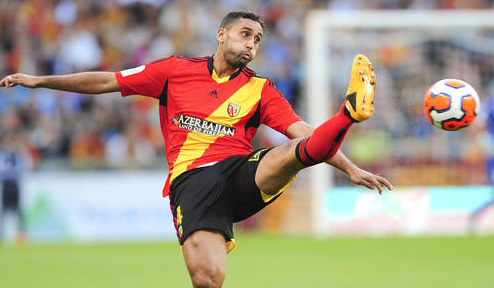 While yet to make it through the red-tape and fact-checking officialdom that is MLS and/or TFC press releases, it seems that The Reds are about to bolster their backline. According to the official website of French Ligue 1 (soon to be 2) side RC Lens, that defender is Moroccan international Ahmed Kantari. This signing would also usher in the Atari advertising-based chant “Have You Played Kantari Today?” So good news all round!

Kantari is a 30-year-old centre back who has dabbled in the holding midfield position as well over a 10 year career in France’s top two tiers as well as 16 caps for Morocco since 2005. The majority of his club career was spent at Brest so again, good news for writers and chanters.

A fairly strong physical presence, if not overly swift, Kantari is likely meant to be the heir apparent to Steven Caldwell’s leader on the back four. Alongside Damien Perquis and just behind Benoit Cheyrou, the chirping should sound akin to a Marseille dockyard. Ashtone Morgan and Justin Morrow better brush up on their “merdes”.

Again, as of press time (don’t make me whip out the fedora) TFC has not officially announced this deal but thanks to RC Lens and the magic whispers that is online translation we bring you this:  “After two seasons with Racing Club de Lens , part player and defender Ahmed lensois Kantari is committed to Toronto FC . We wish him well for his new club” Bad news: he’s only a “part-player”. Good news: he’s already committed. Shouldn’t we all be by now though?

Edit: Here’s the official notice on TFC’s website. Terms not disclosed, Bezbatchenko says a couple of dull sentences that tell you nothing.