Home » Analysis & Opinion » Toronto FC vs New England Revolution: Are Toronto In A Heap of Trouble After Wednesday, Or Will It Be Business As Usual?

Toronto FC vs New England Revolution: Are Toronto In A Heap of Trouble After Wednesday, Or Will It Be Business As Usual? 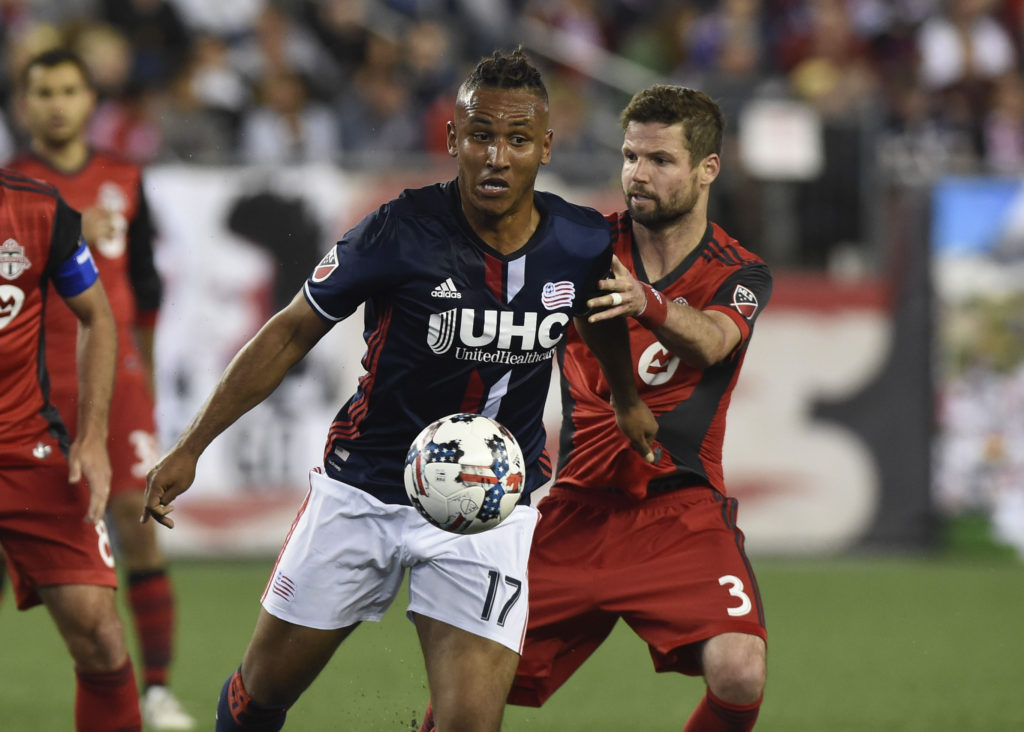 We’re all in agreement that Wednesday night was a dream – well, nightmare – had collectively by all, right? As far as blips go that was a beauty by TFC – multiple poor performances, lack of finishing (yes I know they scored three goals but you watched, you know), and just an all around shitshow of a game from Toronto. However, they’re still well in first place, the Supporters Shield is still all but locked up, they’ve set any number of team records and still look to be in good shape heading into the final few games of the season.

This evening they are facing the tea terrorists at Gillette Stadium, a place that any Toronto FC fan views with loathing – not just because of the stadium itself (throw ball, plastic carpet) – but because of what happens there to the Reds and their players.  We all still have flashbacks to Danny Koevermans’ injury (oh what could have been), to Jozy Altidore’s injury, but outside of injuries the results for Toronto in Foxy Foxborough have not been great.  They’ve not won in their last five trips, including that 3-0 loss earlier this season – it’s one of those places that the team traditionally struggles – yay….

New England has had a very polarizing season; they’ve been great at home (10-2-2) shutting out their last four opponents and winning their last five straight – on the road however has been a different story, they’ve not won a single game away from Foxborough (7-0 loss to Atlanta was just the worst example) and on the heels of that and other poor results they’ve fired Revolution mainstay Jay Heaps.  Today’s game will feature two teams with added layers of motivations: Toronto want to prove that Wednesday night was indeed just a blip and the Rev want to show that they can bounce back post-AU guys, post-Heaps and pull themselves up into the last playoff spot.

Today’s game should be a good one to watch – both teams with something to prove, both teams with strong attacking players (even with TFC’s most potent weapons out) and both with dynamic midfields.  With Victor Vazquez back in the lineup Toronto will have a key element to their game back and his ability to not only set up players but disrupt opposing defences will be possibly the most important thing for them today.  Expect a very tight defensive game from the Reds and for the outside backs to be a little more cautious.  Tosaint Ricketts will get his third start in the past week and has been a bright spot for TFC – if Vazquez and Co. can get him the ball in the six yard box, good things should happen.  Toronto of course will need to neutralize the always dangerous Kei Kamara, not to mention Nguyen (if he plays) and Juan Agudelo – but the Rev are much less solid defensively so can be exposed on the counter.  I’m sticking with my podcast prediction of 2-1 TFC.