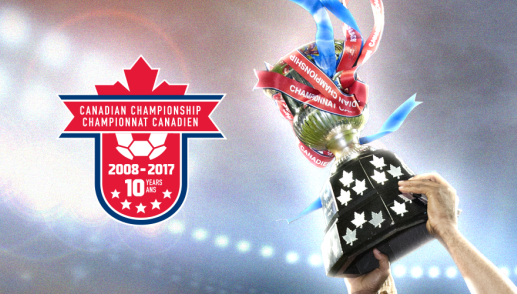 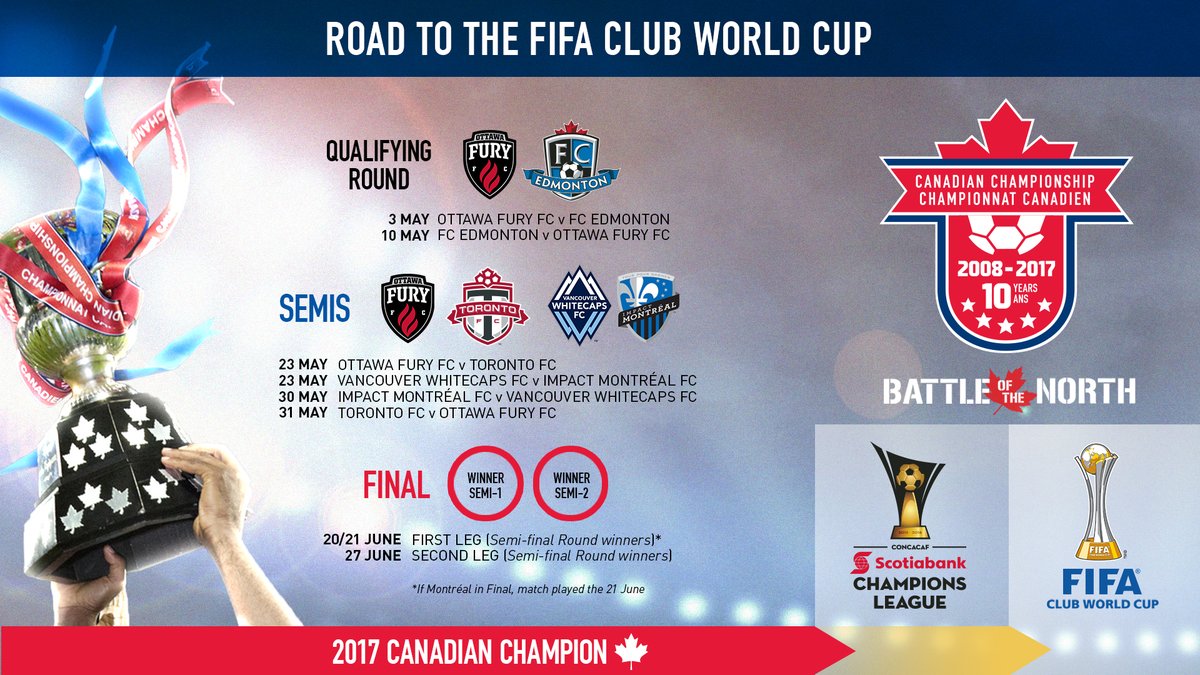 Whee!!  Time for another Voyageurs Cup match!  The tournament that we (OK, the VMP and five thousand of our closest friends) love.  Always a different vibe around the VCup matches, it’s hard to quantify but it is usually a silly amount of fun.  I always hope that the stadium will be full for these games but history has shown otherwise; but even with (c0mparatively to MLS games) lower attendance the atmosphere is generally great as the fans really get up for these games – iffy weather or not I expect tonight to be the same – perhaps even more so given last week’s loss in Ottawa.

After last week’s debacle in Ottawa can Toronto FC take advantage of playing at home to get into the final against the Montreal Impact?  Last week’s game (away goal or not), couldn’t have gone much worse for TFC; they played confused, disjointed and honestly rather immaturely.  Players that have looked great (or even competent) during MLS play, seemed out of their depth – Jay Chapman, Raheem Edwards and Armando Cooper, take a bow – and showed little quality or even understanding for much of the game.  So it was no surprise the Fury were able to take advantage and win the first leg fairly handily.

The lineup for last week’s game obviously didn’t work; even with the three Canadians to start rule it was a surprisingly young/inexperienced starting XI.  While led by one of the few bright spots in Benoit Cheyrou, and also great to see Drew Moor get minutes, the rest of them never came together for enough of the game to take back control.  So what happened?  Did both Greg Vanney and the team take Ottawa too lightly?  Yes, yes they did, and they paid for it.  There was a marked lack of fire and focus by Toronto during the away leg and both players and coach have commented on not just their disappointment, but acknowledging their poor play.  Hopefully the embarrassment from that game translates into a properly focused and determined Toronto side for this evening’s game.

So how does Greg Vanney change things for tonight’s match?  All signs point to a more experienced lineup (read: more first team players), to go with the requisite Canadians.   Some decisions for the Starting XI have already been made for Vanney & Co.: Michael Bradley and Jozy Altidore are away with the US National team, Raheem Edwards is suspended and Seba is still likely out (though there are rumblings that he might be cleared to play, don’t count on it though).  With the big three and this year’s young star absent, as well as an MLS fixture this weekend, who does Vanney go with?

I expect to see a more experienced back line with the likely addition of Ashtone Morgan in Edwards’ absence, obviously Cheyrou in the midfield, along with Marky Delgado (who’s suspended for this weekend’s game) and then perhaps Victor Vazquez – VV was subbed off fairly early on Friday night so he’s a possibility at some point.  Jonathan Osorio is also a possibility to start, he had a good sub appearance on Friday night and this is one of his chances to get some minutes. And you have to expect that Tosaint Ricketts will start – hopefully to get subbed off early if TFC have the game in hand – but the Reds will need experience up top to compliment either Jordan Hamilton or Big Ben Spencer.

The Fury are lucky, regardless of their lead in this series they know that they’re still viewed as the underdog, which allows them to come into this game holding nothing back.  There’s been mention from coach Paul Dalglish that they’ll play a physical game to disrupt TFC’s passing game.   Ottawa are also coming into this game on a wave of confidence having not just bested Toronto last week, but also having won decisively over the Richmond Kickers in a 5-3 goal fest.  Sito Seoane scored two goals in the game, and Callum Irving stopped a penalty – both players are crucial for Ottawa if they want to come out the victors against Toronto.

Who’s going to win tonight?  Regardless of confidence, momentum, lack of pressure, etc, I am doubtful that Ottawa will win.  TFC were embarrassed in the game last week, they’re playing at BMO which means playing on grass (not to mention they’re undefeated at home so far this season), and there is an expectation from the front office that they win – Bill Manning having stressed the importance of the CCL to the team more than once.   I hope the players are fired up, I hope that they want to erase their poor performance from last week with a decisive win, and I hope we get a good game from both teams tonight.  Sticking with my podcast prediction of a 3-1 TFC victory.