Do You Want To Play Some Football? Join the Vocal Minority MLS Fantasy Leagues!

Home » Malarkey » Do You Want To Play Some Football? Join the Vocal Minority MLS Fantasy Leagues!

Posted By Mark Hinkley on Mar 3, 2015 in Malarkey, Uncategorized | 0 comments 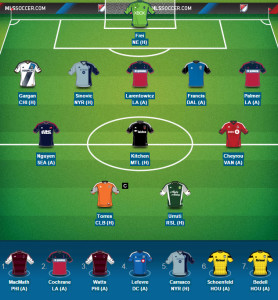 Fear my Hamilton Steelers. Or laugh.

Do you think you know MLS? Want to build a team and compete against the VMP and other community anoraks? Like the challenge of losing half of your team due to a bye-week?

If you at least shrugged your shoulders and said ‘sure, why not’ to at least one of those, then sign up today for The Vocal Minority’s MinorityLeagueSoccer. It is a head-to-head league so you don’t have to beat everyone every week, just your opponent – watch friendships get cast aside once a week! The league is limited to 20 spots so it is first come, first serve. The league code is 12454-2655.

If head to head isn’t your fantasy cup of tea, we also have a league most points overall with unlimited spots.  Sign up for VM Premier Liga 1 A and see if you can marathon your way to the win.  And, yeah, you might finish first, but how clever is your team’s name? We openly give credit for style points. The league code for this one is 12454-2775

First kick is Friday so get set up and get in!