MALIGNANT RUMOUR: Ruiz-y does it. 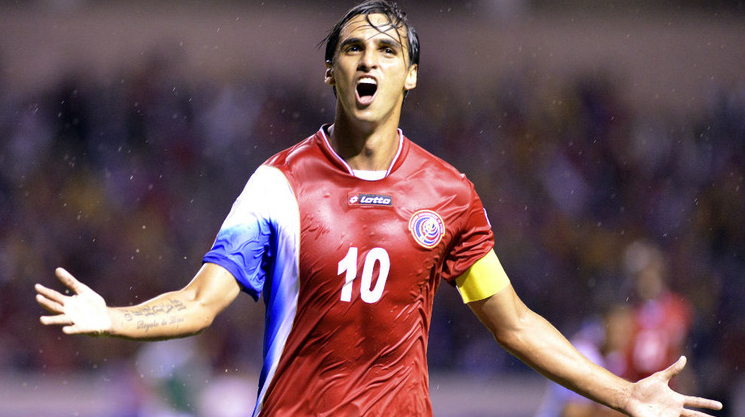 I can be the next Wet Wiedeman! Only I’ll actually score goals.

Silly season continues in the land where five-year plans are on a ten-year lease. With Jozy, Ade and The Atomic Ant all in a holding pattern, today’s wacky whispers landed on Fulham and Costa Rica international, attacker Bryan Ruiz. Noted truth tellers the Daily Mail threw out a couple of lines towards the end of this round up of transfer windows, with Werder Bremen also apparently interested. This ESPN article also mentions Werder Bremen, Malaga and Besiktas, so if he does somehow end up at TFC, it’s safe to say it’ll because of a giant vat of cash, not a footballing decision.

Ruiz, the 29-year old who had a surprisingly potent World Cup 2014, has seemingly been on the outs with The Cottagers since arriving there in 2011. While considered by many to be one of the most talented players currently in the English Championship, he is also one who mystifies his own supporters and has been a polarizing figure at Craven Cottage. This could very well be down to his past managers trying to shoehorn him in as a striker or as a wide forward while he is arguably closer to being a number 10. Words that will warm Gilberto’s heart. You know… if he’s still here in March.

Anyhoo… Ruiz had been lighting it up in The Netherlands at FC Twente prior to his English transfer where he suffered a tremendously slow start as he tried to adapt to the Premiership. With only 11 goals in 77 appearances for The Cottagers, Ruiz was loaned out to PSV for the second half of 2014 where he recaptured some of his form while his parent club went on to get relegated. Despite being used regularly this season at Fulham, word is that he is less than happy in West London and seeks a move elsewhere, something not helped by a recent run of games without playing.

Where Toronto FC fits in is anyone’s guess. With last year’s Jermain Defoe splash, it seems like the UK press will link the “big bloody” spending Reds with any attacking transfer rumour. Could he be Plan B for the unlikely Sebastian Giovinco? Possibly. Could he be Plan C for the striker position? We should probably hope not as his style of playing off of the main striker is already something that Gilberto is known for and that frustration felt by Fulham support may end up being mirrored at BMO Field.

In any case, we are most likely dealing with the new normal in that TFC are going to be linked with many an attacking target until the Defoe saga is resolved. In the meantime have fun creating today’s new projected 2015 TFC lineup on FIFA – it will be different by tomorrow.