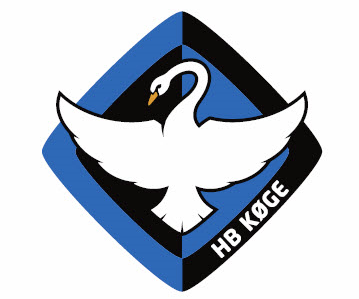 Honk if you love Danishes!

Yes, preseason is fully underway and if TFC wants to get their hands on the illustrious IMG Sucoast Pro Classic trophy (“The Succo” to its friends) then they will need to show more energy than they did against, er, Energy. Standing in TFC’s way (Saturday 12 PM EST) are Danish 1st Division bad boys HB Koge. Don’t let the flapping swan on their badge fool you, this isn’t just a club – this is a Boldklub! More about the “Svaneme” in a bit though, first a quick look at the still “swanning about” TFC.

“BUT IT’S ONNNNNLY PRESEASON!!!”  I know. I can hear your screams from here and agree that preseason friendlies have about as much relevance to the regular season as a Mo Johnston scouting trip. Even if The Reds lose every match before “First Kick” (Ugh, I feel branded and dirty) it does not mean they won’t be a different animal by then. However, to say things have been so far underwhelming is fair. Let’s be honest – we all kind of wanted to see a little more oomph against Oklahoma City on Wednesday night, but hey.

Admittedly, these matches aren’t about winning (although pounding on inferior sides is a preseason feel-good tradition) but more about integrating new players, finding fitness and learning the tactics to be implemented going into the season. So what to expect from TFC going into this match? Probably not too much different than the last one really.

The feeling that prevailed after the match against Energy FC was that the starting eleven put out by Greg Vanney may very well be the one he wants to go with when the season starts. Looking further to the wholesale subs in the second half and you could very clearly see the way Vanney’s mental depth chart is beginning to take shape. Despite a bunch of new faces, it looks like there will be few surprises going in to the season unless injury or TFC-esque hilarity ensues.

There are a few questions and things to look out for though as The Reds take the pitch at the historic “Field 1” at IMG Academy. Is Steven Caldwell really the second-teamer to Nick Hagglund at centreback? Can the offense learn to harness their most potent weapon in “Seba” Giovinco? Can Giovinco find the space to not look like Expensive Stevanovic? Wasn’t the addition of Benoit Cheyrou meant to stop Michael Bradley from dropping back to the sweeper role?! Is Ashtone Morgan “back”? And, who will be the first to genuinely tweet #VanneyOut?

All this and more… if there is an online feed. At press time (Snort. Press) it is unclear if there will be a feed on the Toronto FC site but follow us on the Twitter and we will try to get the details out as soon as we know them. No word if it will be “windy” and if the announcer on the possible feed will be obsessed with meteorology.
Before we close out on the “Race for The Succo – Matchday 2” preview we must take a quick look at our exotic Scandinavian opponents – HB Koge. Once again The Vocal Minority Department of Other Teams Department is on the case and has dug up these facts* about the boys from Herfolge, Denmark.

So there you have it, sit back, grab a pastry and a Carlsberg and enjoy what will be the greatest battle between Canadians and Danes prior to The Great Greenland War of 2075. Apparently it starts because of a dodgy Internet feed.