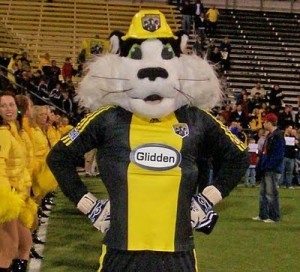 “Every single one of them” Goodbye sweet prince.

My Western Conference preview can be found here if you’re into all that hipster tree hugging and sunshine stuff. Now time to turn our attention to the East. It’s weird, before I put too much thought into it, I naturally thought, the west is way better, but there were a few teams that I don’t think are as good as I originally lazily assumed. Meanwhile in the East, there are some good teams, even the ones I had comfortably in the ‘they suck’ category have the potential to do alright when you take a longer look at them. Will the seemingly impressive off seasons translate into actual results? Who knows, but I hereby predict the East won’t be the shitshow it was last year and I assumed it would be this. Anyway, to the specifics.

1. Columbus Crew. Might as well call them self haters FC as they’ve systematically shed a lot of their identity over the last 6 months or so. They changed the badge (RIP construction workers) changed their name, changed the name of the stadium – Mutualidad de la Agrupación de Propietarios de Fincas Rústicas de España Stadium, that certainly says Columbus to me, and most disgustingly of all, appear to have traded in their old filthy lovable mascot Crew Cat for a newer model. I don’t even know what they stand for any more.  Moving on past all the distasteful brand nonsense and I think they’ll do very well this year. Will trapp and Tony Tchani were one of the more effective midfield partnerships last year, Re-signing Federico Higuain is huge and I think Kei Kamara should be good for 10-15 goals this season up front. They like to press and love to get the full backs forward, I think they’re basically what TFC want to be, just not as flashy and, for now at least, better.  I’ll predict they get the Supporters Shield before losing in the conference final.

2 New England. Had a great end to last season obviously and should be able to keep that going, though plenty will rest on the health of Jermaine Jones and on if Lee Nguyen can possibly keep going at the same level he reached last year. Lot of interesting options up front, but the defence looks a bit dodgy. They’ll have enough to claim 2nd place, and will get to the MLS Cup final again. Where they’ll obviously lose, it’s what they do.

3 DC United. Massive improvement last year of course, this season could see a bit of a regression. Think they’ll start slowly what with a CCL hangover, no Fabian Espindola for the first 6 games and with Luis Silva just coming back from injury. The defence should be solid again and Finnish international Markus Halsti is a very intriguing signing to bolster the midfield. Up front is where the issues will be and fewer goals will see them drop down to 3rd and they’ll lose in the wild card round.

4 Toronto FC. There’s plenty of question marks here, ways it could go wrong. There’s the health of the older players, especially in the middle of defence, whether the talented new Europeans will be content and motivated and non sulky, if Jozy Altidore can do more than he showed in England and so far in pre-season, and let’s not forget the fact that the coach has a grand total of 2 wins on his pro resume, is he the man to wrangle the big egos in the dressing room and come up with the tactics to complement the chequebook splashing?  I think enough of those things will go right, and by the end of August we’ll be pretty much where we were under Ryan Nelsen last year, firmly in a playoff spot, but exposed as not yet at the level of the top sides. But Vanney’s friends with Bezbatchenko so he won’t be fired, and the talent will be good enough and reliable enough to get them into the playoffs, a triumph of chequebook over tactics, but still, a welcome one. They’ll actually win a playoff game as well, before losing to Columbus in the conference semi.

5 Orlando City. Big gamble to include an expansion team but I do think one of them will make the playoffs and I think Orlando are more ready to compete right away than New York. How old man Kaka holds up to the rigours of an MLS season will have a big say in how well they do, and you could say the same for Aurelien Collin really. There’s plenty of question marks about the less well known players, they’ll need the likes of Amobi Okugo or Lewis Neal to do more than they have in the past. I think they’ll get enough of them to just squeeze into the playoffs, where they’ll lose the wild card game.

6 Montreal Impact. Horrible last year, but I do quite like some of the moves Montreal have made. Laurent Ciman should do well, and Dominic Oduro is probably due one of his good years, they’ll need either him or Jack McInerney or probably both cumulatively, to fill Marco Di Vaio’s old man pants. I’m not convinced Marco Donadel will be healthy enough often enough to really have an impact, same with Nigel Reo Coker and Patrice Bernier, but between them they should be able to contribute roughly the level of one good player. Justin Mapp and Dilly Duka are good solid MLS players, and really it’ll come down to Ignacio Piatti. He looked very good last year when fit, get a full season out of him, and they’ll be very much part of the playoff race. I think they’ll get enough from Oduro to just sneak them over the line. From there, they’re a decent cup team as seen in the CCL, and they’ll beat DC before losing to New England in the conference semis.

7 New York City. Jason Kreis has a bunch of ex RSL players, and David Villa, which isn’t a bad place to start from. Frank Lampard will presumably actually show up in July which will help, but overall right now there probably isn’t enough quality to do consistently well. If they get reinforcements, another expensive DP or maybe one or two Man City projects perhaps, it could push them over the line, but I’ll say that they won’t quite make it.

8. Chicago Fire. One of the blandest teams in MLS, and not just because of all the tying last year. This is one club I definitely had to look up to see what moves they’d made. Shaun Maloney could be good, while I genuinely have no idea what to expect from David Accam and Kennedy Igboananike. They’ll need Harrison Shipp to continue to improve and a return to form from Mike Magee, but I can’t see them having enough to make the top 6. Frank Yallop has to be a very good bet to win the sack race this year.

9 New York Red Bulls. After getting very close to the MLS Cup final last year, Thierry Henry retired, Tim Cahill left, and for some reason they fired Mike Petke. Add to that the loss of Robin Fraser and it all looks like a bit of a hot mess in Harrison right now. Sacha Klejstan is a nice pick up, but Felipe? Sal Zizzo? Meh. At a well run club such renewal could be a good thing, or at least enduarable, but that’s rarely been the Red Bulls, and hey, who knows how long they’ll actually even be the red bulls. This season will be one where ‘that’s so Metro’ is more applicable than ever.

10 Philadelphia Union. Came close to the playoffs last year, but were never really convincing, and their off season moves don’t particularly impress, gambles, but not with a massive upside to them. Fernando Aristuigieta is an impressive name, and seems to be doing alright in pre season. If he can keep it up, and if the likes of Cristian Maidana or Vincent Nogueira do well in midfield, then they might well make a mockery of this, but I doubt they will.

I’m fairly confident in the top 3 I have, if not necessarily the order of them, but below that it’s a bit of a crapshoot really, and I think there could be 5 or 6 teams chasing the final 3 spots right up until the end of the season, and generally the quality will be better than we’d expect.