Home » Analysis & Opinion » He! Is! A right back! TFC reportedly sign Steven Beitashour.

He! Is! A right back! TFC reportedly sign Steven Beitashour. 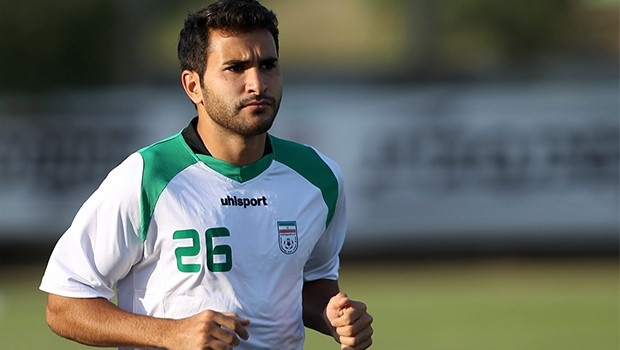 With the waiver draft done and with the first stage of the Re-Entry Draft set to go this afternoon, TFC finally got into the off season swing of things, not with a draft, but a trade.

@KristianJack expect draft pick to come back to Whitecaps when deal is announced likely on Friday — Kristian Jack (@KristianJack) December 11, 2015

Beitashour for 2nd rd pick acquired in Creavalle trade (No23). That’s what I just heard. But, without @KristianJack breaking it I never ask.

Once this becomes official, I’ll edit in a link to the ‘terms were not disclosed’ article on TFC’s website. But I’m ready to go with this anyway.

An MLS experienced player? Nothing flashy, no fancy European ‘pedigree’ to make up for the fact you’d never really heard of him, or history with the USMNT to make up for the fact it’s been a while since he’s done anything? Instead a reliable player who’s been a regular first teamer in a couple of good teams over the last few years, in a position where we need the help. That’s a refreshingly sensible signing. Also, for those who like something to make fun of, wikipedia tells me he started his career with the San Jose Frogs! Also, here’s a 10 questions thing he did with the Whitecaps. His biggest fear is needles, but if he wasn’t a footballer he’d want to be a dentist. OK then, guess it’s fine to be the one giving out the needles eh Steven? Sadist.

Of course there are no guarantees with this sort of thing, so let’s get into the caveats of it all. Last year he was on $197, 166.67 (and don’t you forget those 67c mister!) and the Whitecaps declined his option for this year, which is presumably at least that much, and probably a bit more. He was headed for the re-entry draft so it seems like TFC didn’t want to take the risk of another club getting in on him first and so made the trade now, so you’ve got to think that includes picking up whatever the option amount was.  It’s perhaps a bit more than you’d like to be spending on that position, and combined with Justin Morrow ( 2013 Earthquakes FTW!) makes for probably one of the more expensive full back pairings in the league.  But unless the option includes a crazy raise, I can’t complain in that regard. In the modern game, and especially with the type of game Greg Vanney wants to play, the full back spot is probably one of the hardest and most underrated to play. They have to get up and join the attack to provide overlapping width, but also not get caught up field and abandon their defensive responsibilities. They have to be able to move forward and press with the team as a whole to avoid giving teams an easy way to escape pressure, but also not leave giant holes behind them for someone to run into. They have to physically be able to do that, and more importantly make the decisions as to when to go forward or back, it’s asking a lot, so if we’re slightly overpaying to get players who can do it well, I’m ok with that.

You could also say that Mark Bloom and Josh Williams would have been a good enough tandem to cover that right back spot so best to invest the money elsewhere.  Maybe they would have been, but that would have been a big risk to take, and we’ve just gone through a season of seeing exactly what happens when a risk like that fails and you end up with a season long game of everyone’s favourite show ‘He’s! Not! A right back!’ so again I won’t fault them for being a bit too careful.

The main concern I have is one TFC can’t avoid, and well, it’s TFC. It’s one thing to look like a competent player when playing in a defence with other good defenders and one of the league’s best goalies behind you and one of the league’s best Defensive Midfielders ahead of you, amidst a well organised team that does seemingly put some importance on the art of defending, which is the situation Beitashour found himself in in Vancouver. It’s another thing entirely to be plonked down amidst TFC’s mess and expected to hold your own and contribute to making that mess better.  As of yet, we don’t know if Beitashour will be able to thrive in that atmosphere, if he’s the well organised type who can provide a bit of calm that will allow the centre back nearest him to have to do just a little bit less and thus improve him as well. My most fervent wish is that Bezbatchenko and Vanney are really taking Bill Mannings ’45 goals conceded’ maximum to heart and are planning to build a squad and design some tactics that will take care of a lot of that anyway. That the full backs won’t actually be expected to do as much without making mistakes as they were last year. If they can, that’d certainly help make all the individual defenders, even those we hated last year, look better. Bringing in Beitashour rather than gambling that Bloom and Williams would be good enough is a step towards that, so well done, good start, more like this please.