Home » Analysis & Opinion » I was wrong. 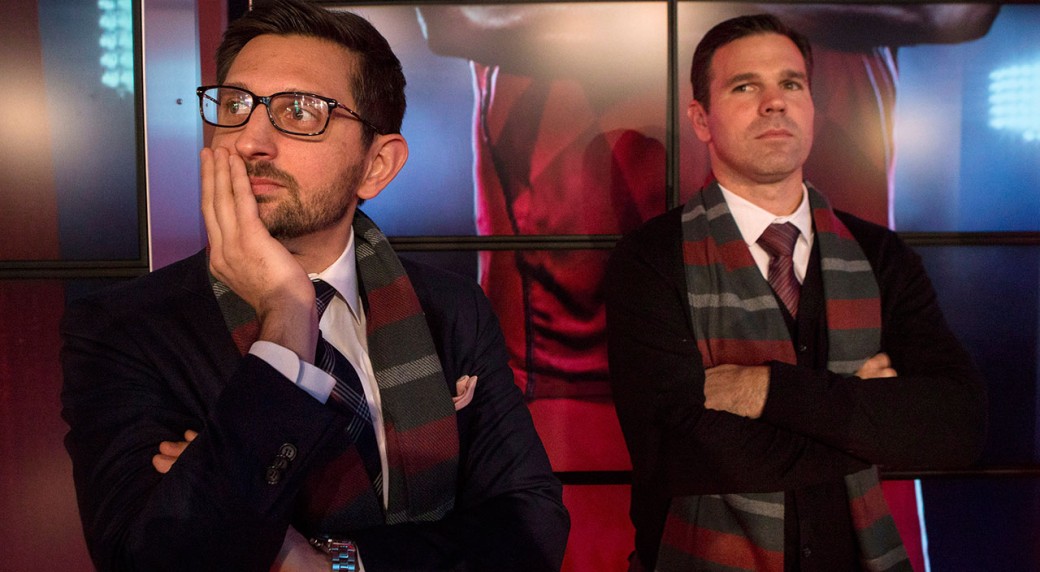 I was wrong. There, I said it. It’s been a generally good season, a great playoff run, and probably the most dramatic 2 legged series I’ve ever seen, certainly the best I’ve attended, so it may be time to let go of some of my long held beliefs about many people and things in TFC land. Here we go. Deep breath.

Greg Vanney: I didn’t really feel like Ryan Nelsen needed to be fired so was ambivalent about Vanney before he even started, then the dumpster fire that was the 10 games he had at the end of the 2014 season convinced me he was useless. 2015 did nothing to change my mind, what with the 58 goals conceded, a playoff spot won mainly due to Giovinco rather than anything tactical, and then the shitshow in Montreal capping off a particularly poor last few months of the season. When Bill Manning came along, talked of being embarrassed and set goals of conceding less than 45 goals this season, it was music to my ears.  I really didn’t think Greg Vanney was the coach who could do that. Is continuity a good thing? Sure, but what the hell had Vanney done to be the coach to finally be given that chance?

Now here we are, the first game of the season was refreshingly pragmatic, dull but defensively solid, and throughout the 8 game road trip, the defence continued and it basically kept going more or less throughout the season, beating that 45 goals goal by a wide margin. Yes signings helped, but so did the tactics involved. Even Michael Bradley settled into a defensive role and didn’t really stray from it too much. All very sensible really. Yes, there were some frustrations to be had, we can all remember that time when TFC found it impossible to score against teams down a man, or 2. But if you’ve got Giovinco and a fully fit and in form Jozy Altidore up front, the goalscoring can eventually somewhat take care of itself. The late season switch to the 5-3-2/3-5-2 makes sense really given the players he has to work with, there’s no obvious number 10, no obviously good wide midfielders so why not switch things around a bit and really encourage the full backs to provide the width instead. Throughout the playoffs, substitutions have been well timed and remarkably effective. Then against Montreal, even the set pieces worked, wonders will never cease.  Also, for all I mocked a couple of years back when they did their big presentation about their analytics, all myelin and grit measuring, you can’t deny the team seems to be fitter and grittier, has come from behind many times this season, and has looked much more likely than their opposition to score late in games.

So yes, Greg Vanney, I was wrong, you apparently do have what it takes to coach in this league.

Tim Bezbatchenko: I didn’t really feel like Kevin Payne needed to be fired so was ambivalent about Bezbatchenko before he even started, in his limited role as ‘MLS cap wonk guy to help out Ryan Nelsen’, never mind after he engineered Nelsen’s firing.  The bloody big deal was about big money rather than any particular smarts and the squad built around that didn’t really impress. What smart MLS buys and cap wonkery did 2015 bring? Damien Perquis and Ahmed Kantari as the solution to the faltering defence. Wow, that sure was a big change from when we used to bring in overpriced players on the downside of their careers from Europe, as was promised when he was hired.

But it was a very good off season, some bad contracts were dumped, Moor, Irwin, Johnson and Beitashour were excellent signings. All very sensible really. Then he managed to get rid of Perquis and bring in Cooper and Ricketts instead, injecting a necessary little extra something up front to help towards the end of the season. The team depth is definitely better as well, Endoh had a decent rookie season, Bono looked like a decent backup, Delgado and Zavaleta are other valuable contributors brought in during his time here.

So yes, I was wrong, shake the maracas for a good job done by Bez.

Tim Leiweke: He’s got a salesman personality and a face you just want to punch, but you can’t deny that things turned around for TFC (and the Leafs and the Raptors) when he arrived and got Bell and Rogers to commit to spending a lot of money on TFC. We vaulted into another level when it came to spending and ambition. Of course, a rich and ambitious circus is still a circus so while he was here it was still remarkably infuriating, there was the implosion of the 2014 season, and the sizzle and hype got ramped up without the team to back it up.

Finally we got the thing that the leafs and raptors got with Shanahan and Ujiri when Bill Manning came in and all of a sudden we became a sensible well run rich and ambitious club and that’s worked out rather well hasn’t it? Leiweke leaving as head TFC honcho was a huge turning point, but it’d be churlish not to admit that him arriving was also a very very important moment.

Also, his dumb oversized new stadium with it’s stupid canopies, built mainly for other people, ie Grey Cups and winter classics, well that hasn’t worked out all that badly either. The atmosphere with 36,000 people in for the game against Montreal was phenomenal, the Argos have thus far not really caused a problem, and against Montreal, even the useless South end canopy worked, the wind was just in the right direction that the tiny amount of space it actually shelters just happened to be where I stand, I was grateful for that as well.

So yes, I was wrong, Leiweke’s vision has worked out quite nicely in the end.

Michael Bradley and Jozy Altidore: I’ve always been ready to admit they can be very very good players at this level, but I didn’t really think either were doing that anywhere near consistently enough and I’m in no way convinced there won’t be frustrating streaks of play from both still ahead. But this has been a good season from Bradley, and a very good half season from Altidore as well.

So yes, I was wrong, they’ve been a big part of why TFC are now where they are.

Anyway, a theme running through all of these is not really giving them a chance, just not liking people for various reasons right off the bat, rather than giving the benefit of the doubt, I sat back and waited to be grudgingly impressed, and was very ready to decide I was done with them when that didn’t happen quickly. (You’ll notice Bill Manning is nowhere in this list, I liked him right from the start, and the way the club didn’t overly cash in on this run to the final with ridiculously priced tickets as other regimes would have is just more proof that I was right.)

I think that’s something that many people have done over the years and has been something that has made following TFC a bit more tiresome than needs be over the last few years. Whether on forums, twitter, or in the media, there are plenty of people who’ve liked a particular coach or GM, or not liked a particular coach or gm, and are more than ready to push their position and to argue with or snark at people who feel the opposite. And what often seemed to happen when yet another change happened was their positions would change. If you didn’t like the old guy, you’d be happy to see him gone and ready to give the new guy plenty of time, after all he’s so much better than whatsisname. If you like the old guy, you’d resent the new guy and not want to give him time, why should he get the chance whosit never did? Back and forth we all swung, in different directions and never really in sync.

Now here we are and Bez, Vanney and co have been in charge long enough and had enough success that surely almost everyone can be on the same page, agree they’ve eventually done a good job and be prepared to cut them slack if next season doesn’t go as well. Having a fanbase that can be happy with it’s team and not snarling at it’s fellow supporters for the first time since, well probably since about midway through 2007, would be the most remarkable achievement yet.