Home » News » Is That A Super Draft? No Just A Light Bez.

Is That A Super Draft? No Just A Light Bez. 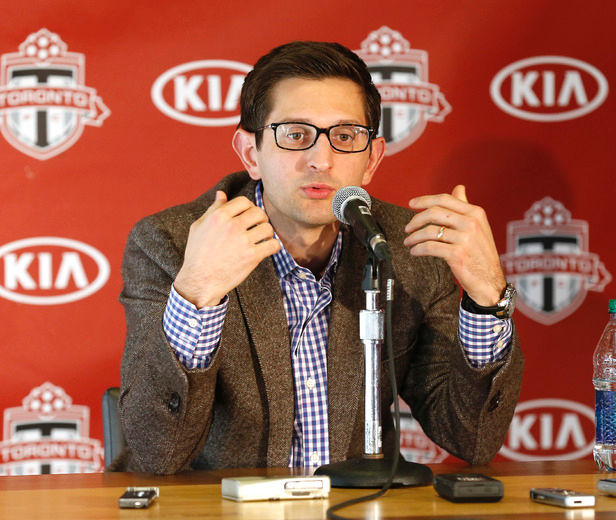 Look into my eyes…you will trade us for players, these are the picks you’re looking for. Super? Super!

How’s everyone feeling?  Super? That’s just super guys!  I’m super too.  To quote South Park: ‘I’m super psyched to be here!’.  It’s SuperDraft day in MLS – feel the excitement!  Today is the day where Canadian Cyle Larin will get drafted first overall – which is kind of exciting I guess – by Orlando City SC.   But other stuff has to happen too – there’s rounds and rounds of excitement to be had as teams trade picks, trade players, and drag things out for as long as possible to heighten the excitement!  Super!!

The Toronto FC brain trust has said more than once that they want to build the team through the draft – citing past shining examples like Kyle Bekker so take that with a massive grain of salt (shhh, I know they drafted Nick Hagglund, he’s a nice boy and I’m sure that he’s going to do very well.  Stop spoiling it).  The big question is whether or not TFC will draft for need or for a shiny new toy to hold up as the best player and they got him!  They have no use for him, but they got him!

Even before all this drafting happens, TFC signed Jay Chapman to a Home Grown Contract earlier today – I swear it looks like they ambushed him in his room and while he was still sleepy got him to sign a contract – which is honestly a good thing.  While he’s not ready for the first team (no he’s not, you stop that!), TFC will have their USL Pro team this year which is going to be great for those not quite ready for prime time players that are signed with Toronto. 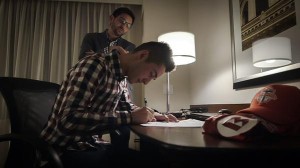 I’m so sleepy…. Just sign it Jay and you can go back to bed.

But on to the matter at hand – what will TFC do with their picks?  They hold the sixth, ninth and eleventh picks in the first round (and then a bunch of picks in the later rounds.  Their most pressing needs are defensive but putting green defenders right into MLS situations rarely works well.  However there are a couple in this year’s draft that look intriguing.  For CanCon purposes there’s Skylar Thomas – big CB with some potential; Axel Sjoberg (he’s 6’7″!) a CB with some upside but also would take an international spot and Robbie Earle’s son Otis Earle.  I’d take any of the three just for their names – hey, footy bloggers need puns to survive!  There’s also talk of TFC taking Goalkeeper Alex Bono and then flipping him to another team for a more experienced and established MLS player.  I’d like to see Toronto try to pull of this type of move somewhere in the draft.  While youth is great for the future and yes, there’s that USL Pro team roster to fill out, TFC need experienced players to step into roles now while the kids are learning.

For all of the superdraft super fun you can watch live at the link below starting at 12:30:

And then feel free to chatter away with us in the comments area – ooh, this is kind of our first live thread here at VMP – Super!!  This is Bez & Vanney’s time to show us what they can do now that they’ve been given the keys to the new car.  Hopefully they don’t crash.