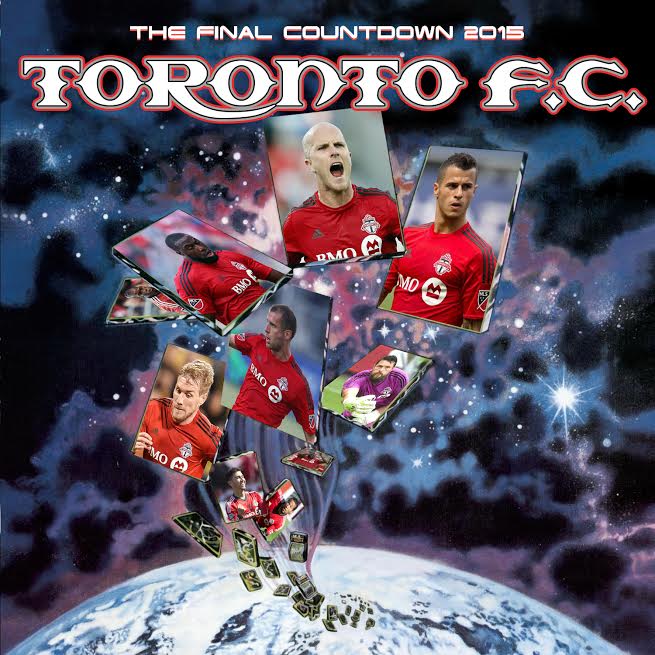 Well, with the foul taste from how the season ended mellowing somewhat, with the depressing and hopefully bluffing vote of confidence in Greg Vanney given, and with all the off season releasing drafting and signing only a few weeks away, we should probably get going on all that end of season post mortem stuff really shouldn’t we?

One of the big things we used to do over at Waking the Red was the year end countdown ranking everyone who stepped foot on the pitch in a proper game for TFC this year. They’re still kind of doing it over there, but in a different way, so what the hell, let’s do it the proper way (yeah, that’s right) here. This isn’t about ranking what TFC has, it’s about what they used this year, a look back, not a look forward. So no Mark Bloom for example in this list (and really, wasn’t that a great season for Mark Bloom, given all the trouble at right back, he’s probably never been more wanted and yearned for).

27 players took the pitch this year (a surprisingly low number, probably about league average, I guess that’s progress?) so once we get the rankings, starting next Monday we’ll count them down, an article for each player, from 27  to 1, from whoever to (let’s face it) Giovinco (good luck over the next couple of years Seba, this is usually a particularly poisoned chalice for previous winners, Frings, Koevermans, Caldwell all went downhill, got injured and retired soon after).

How do we get the rankings? that’s where you come in dear reader/listener/follower/whatever. Yes, as in years past we’re looking to get views from outside our own little 4 person echo chamber to get a more representative ranking, where one person’s individual bias doesn’t count too much. We’d also love any comments you might have, from serious to silly on any individual player you want to weigh in on, comments that will (quality permitting)be included in each players profile and voila, we’ll have a comprehensively definitive record of the 2015 season, or something like that anyway. Base your rankings on their play, off pitch stuff, their social media game, their impact on the club, or simply the enjoyment they provided you over the year, whatever really

Oh boy oh boy, how do I get in on this? I hear you ask breathlessly. We’ll be collecting rankings privately so as to avoid any ‘wisdom of the crowd’ group think stuff, we don’t want people thinking Robbie Findley was crap, then seeing how everyone else loves him and thus bumping him up a few spots for example. So, either put your email address in the comments section below, or email me at duncanfletcher@gmail.com, or dm me your email on twitter. I’ll send you a list of players for you to put numbers beside, (have the video above on loop as you fill it out, it’ll be much better that way, and despite what they say there, of course there’s someone to blame, that’s the entire point of this) email it back, I’ll add everything together and we’ll go from there.

Pre-emptive thanks to anyone and everyone who participates.