Columbus Crew home and away 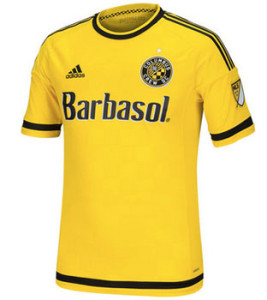 Columbus could have had it so much easier than this. As a bias towards football’s black and yellow, I’ve oft been disappointed with the offerings the pseudo-rivals have offered.  There was that ‘stripey sports bra’ look, which was approved by many people without tastes in suits no doubt, which went from boring to terrible, a first from the club.

But then they got a makeover. Gone were the vestiges of terrible Nike’s 90 marketing, and enter in respectability with a new badge.  And a new badge comes new kits.

Checker embossed, the home and away are the inverse of one another, usage of a simple element of the badge in the pattern of the fabric.  A different set of cuffs with the two-tone trim than that of the rest of the league’s debutant kits.  Sponsor matches logo with colour scheme. 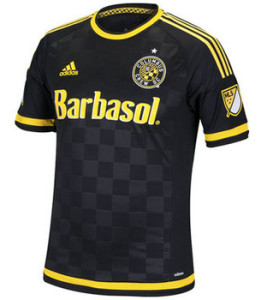 Quite possibly, the new champion home and away kit set.  I openly admit that this score is influenced by my affinity to the colour scheme… so it’s probably a 3 out of 5.