Home » Analysis & Opinion » Making a Mountain Out of an Anthill: Five Keys to Giovinco’s TFC Success

Making a Mountain Out of an Anthill: Five Keys to Giovinco’s TFC Success 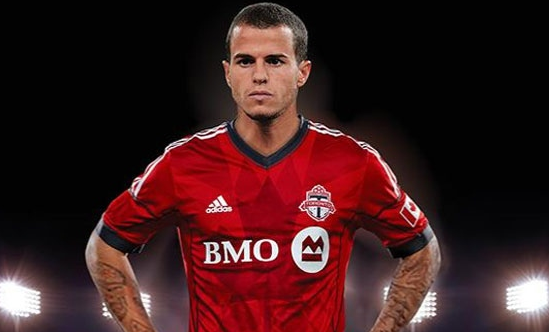 The jewel of Toronto FC’s off-season manoeuvres has barely had time to plant his tiny feet on the frozen tundra that is his new home but it is already time to look forward. While the pomp and circumstance of the club’s manufactured airport greeting (after what we assume was a comfortable L’il Alitalia flight), and Friday’s official greeting in downtown Toronto is the shiny, happy part of Sebastian Giovinco’s arrival, things will get real for the pint-size centrocampista pretty quickly.

After being in training and then playing in a Serie A season with Juventus (albeit sparsely) since August, TFC will likely give “Seba” a brief respite to find his footing in a new city, country and… ahem… climate. This is undoubtedly an important part of the transition phase and one the club seems to aid new acquisitions with quite well. But then what? Giovinco will soon join his new teammates in Florida and then the actual work begins. While his performances on the pitch will be the proof in the panna cotta, there are a few intangibles which could be the difference between the “Atomic Ant” lifting far above his body weight… or burning under the magnifying glass of his price tag.

When it was clear to all that Jermain Defoe had checked out (mentally – not in the constant flight home sense) from Toronto FC, I wrote about the difference between his Designated Player experience as opposed to that of his former Premier League rival and now former MLS rival Thierry Henry. The juxtaposition of how those two players accepted the mantle of being a high-profile MLS DP couldn’t be more different. Defoe descended into an aloof, seemingly uninterested and unmotivated player after only a few months; while Thierry Henry slowly closed the curtain on his career with a few years in New York that saw him embrace the city, the club and the role of football missionary for that community.

Nowhere is it written in DP contracts that players need to be sideshow performers that juggle on-field skills with equal off-field passion, but it probably should be. Like it or not, there is a responsibility that comes with being a high-end MLS DP. This is a young league that is constantly trying to win the hearts and minds of its North American (and beyond) fans, and it is often driven by its stars. Giovinco must be aware of this part of the job, but also, he must give himself over to the project. He needs to be 100% on board with his new life in MLS, despite the oddities of the league, and not allow himself to be distracted by the emergency exit like his bloody big predecessor. His heart as much as his body needs to be fully into this.

This factor isn’t something you can demand of any player, but boy, does Giovinco ever have the chance to be a big deal in Toronto. The massive Italian community in the GTA has been crying out for TFC to sign a player from their ancestral home since the club’s inception. Many have felt, rightly or wrongly, disconnected from TFC as the club often pursued British-based overseas players during its infancy.

However, good things come to those who wait and instead of ending up with an aging Italian veteran on his final paycheque, the locals from Woodbridge to Corso Italia get a bona fide star in the prime of his career. The fact that Giovinco is a product of Juventus, arguably the Italian club with the largest support in Toronto, doesn’t hurt. Hopefully player and club will reach out to the community and they in turn will reach back. If the will is there, Giovinco has the potential to become a local phenomenon in both a footballing and celebrity marketing sense. The connection to those from his homeland also won’t make this foreign land seem so foreign.

DON’T LET MLS DRAG YOU DOWN:

We know this league. We watch it year in, year out. We roll our eyes at its peccadilloes and accept its quirks with a shrug and a “that’s so MLS”. It’s a funny league – It’s probably as different a league as someone who has only played in Europe could transition to. While it will take some serious getting used to, and Giovinco may be shocked at some of what he experiences, he cannot let himself get bogged down by the strange new world that is Don Garber’s Playhouse.

The tremendous distances travelled and often unusual scheduling (especially considering TFC’s season opening Hobbit-esque journey) are the first thing many foreign players notice, however it may be on the pitch where Giovinco will most need to practice patience. The refereeing in MLS often borders on atrocious, and for a player like him who depends on space, trickery – and most importantly – getting the foul called, he could be in for a rude awakening. His MLS savvy teammates will need to help him through this if Giovinco is to avoid using it as a crutch as Defoe had started to do.  If he truly plans to have a long career in MLS then Giovinco will need to come to terms with the oft sub-par quality of the refs.

Speaking of teammates, “Seba” will also quickly find out that the drop-off in talent when the club reaches into its depth can be considerable. When you have played for a regular Champions League side you may take for granted that even the last guy off the bench is often of a high-level of skill. In MLS, and particularly with Toronto FC’s inevitable youthful bench, Giovinco will need the patience not just to accept many of his still developing teammates, but also use his experience to lift them up to his level rather than flapping arms in exasperation at their shortcomings.

While the profile of this league is slowly evolving in Europe, it still suffers from a more-than-healthy dose of Eurosnobbery from the Old Countries. While the UK leads the way by far in patronizing MLS, the rest of Europe’s media still sneers at the “retirement league in America”. Any player who is arriving in this league post-UEFA, especially one in his prime years like Giovinco, needs to put the thought that he will be able to waltz through the opposition with ease out of his head.

MLS may not be stacked with talent like the major loops of Europe but neither is it the garbage-league naysayers will have you believe. It is no longer a league built solely on plumber-style minor leaguers and those much-maligned retirement guys. There is skill here, and it is athletic, tough and quick. Few in the league have the pedigree or experience of Giovinco, but many are more than capable of making his life a misery on the pitch. He will do well by learning the league and his opponents and let his feet do the boasting and not his resume.

While respecting his opponents, he will also be well-served to not expect MLS supporters, particularly his hometown ones, to be backwater rubes who don’t understand the sport. A large contingent of Reds’ support is very well-versed on the game and will instantly know the difference between a motivated player and someone cashing in a hefty paycheque. After the Defoe debacle, the BMO Field crowd is ready to love a star and he only needs to reach out a little bit to become the darling of Toronto football which his ego would no doubt lap up.

The final consideration is perhaps the most important, particularly mentally. While not trying to beat the Defoe-horse too much (ok, maybe a little) this ended up being the biggest problem of the Englishman’s tenure. It surely wasn’t just homesickness that derailed Defoe; after all TFC accommodated his family in numerous houses and he seemed to fly back every two weeks,  but Defoe’s mindset never fully moved to Toronto. Early in the season his gaze was purely set on the World Cup and the goings on with his former club and his many “emotional reunions” rather than Toronto. He played well, there is no argument, but after Roy Hodgson’s snub, all that was left was a life in a place he never gave too much thought about. Everything he still craved was an ocean away and so was his future.

While a football career can take any number of twists and turns, Giovinco must not look forlornly over his shoulder at what “could have been” in Italy or Europe. Perhaps one day he returns to his homeland to continue his career but if he wants to achieve success in MLS with TFC then he must put it out of mind for a long time. This will also have to be the case in regards to the Azzurri. With twenty-or-so caps for the national team, Giovinco may still hold out hope of playing a part in the side’s future. While this isn’t necessarily impossible while playing in North America, it is definitely more difficult. The net of the Italian team will not be cast this far west too often and Giovinco must accept that part of the bargain with taking on Toronto’s offer was the decreased chance of wearing that famous blue shirt again. If he “blames” MLS for this then strife will follow.

There is nothing in the above that anyone should consider to be outrageous. The majority of these keys to success are of the mental variety and after the hard lessons of the past, TFC fans need to hope the club did their due diligence on Giovinco’s frame of mind before signing him to such an illustrious contract. Reds’ GM Tim Bezbatchenko prattled on during the original press conference about Giovinco needing to meet the club halfway and while dismissing such platitudes comes easy, at its base, it is true. All Toronto FC’s latest saviour needs to do is meet this adventure halfway and the world, or at least Toronto, can be his oyster… or fancy Anthill. While the club can ease the transition, success or failure will mostly be up to him.