Posted By Kristin Knowles on Jan 28, 2015 in News, Uncategorized | 8 comments 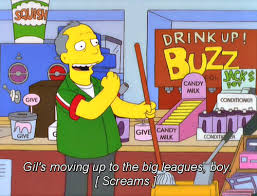 Is the wolf truly gone?

We all know that it’s just a matter of when, not if, Gilberto is traded away from Toronto FC.  Dispense with any thoughts that TFC will pay down his salary with some of their sweet, sweet allocation moneyz; as foolish as this team often is with its money, they’re not that foolish. So unless the MLS rule gods decide to bestow a fourth DP spot upon the teams then he is gone; off to slay wolves for another team and most likely in another country.

That other country currently happens to be Brazil, and the club du jour – or club do dia, in my poorly translated Portuguese – is Vasco da Gama in Rio de Janeiro.  Apparently it’s soon to be a pirate’s life for Gil? 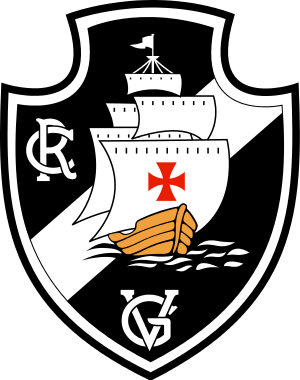 How can you not love that badge?  I’d almost be OK with losing Gil – sorry, the Dread Pirate Gil – just to make pirate jokes.  And yes I know it’s not a pirate ship, it’s for the explorer – but Explorer Gil just doesn’t have the same ring to it – just photoshop in a skull and crossbones! Geez you guys are so fussy.

Anyway, he’s currently training with Vasco – who play in Brazil’s top league and are one of the more popular teams in Rio – as part of gaining fitness for the upcoming season and was reportedly told by TFC to not show up for camp while they decide his fate.  Of course then come the obligatory rumours (lots of smoke, wait for the fire), that his training stint is an all but a done deal with the paperwork expected to be signed any day.

On the day it happens I’ll write something more properly outraged/upset/sad at how it all played out – I’ll try to be more restrained here but no promises.   I understand that there are some folk that feel Gil did not live up to his DP tag last season and that we shouldn’t be upset to see him go.  Those people are wrong – in my opinion at least.   If you know me, you know that I am a big fan of his and maintain that his all around game should offset the complaints about his scoring last season. Gilberto had a decent year (7 goals, 5 assists) in twenty-eight games with Toronto – DP worthy?  No, not yet.  But (and again, I shouldn’t be getting into this yet!) this would have been a breakout year for him – and things would have all come together for Gil, really! – but I will stop digressing.

Where will Gil end up?  Anywhere but here.  Sadly.  As TFC go through their latest rebuilding (but we’re not really rebuilding/except we are) year, another player that they couldn’t (or wouldn’t) give that extra bit of time to leaves to likely do quite well if history decides to repeat for the; well we’ve lost count of how many times that has happened.  As always until we see the picture of him holding up the kit nothing is set in stone; but start saying your good-byes if you haven’t already.  Are there wolves in Brazil?