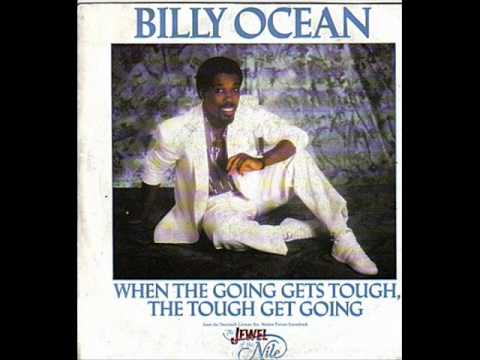 Billy ocean. Not coming to a BMO field near you any time soon.

So if you’ve in any way been reading or listening to TFC based media in the last few months, or hell, just been watching games and coming to your own conclusions, you’ll have come across what’s rapidly becoming a cliche: TFC can beat the crap teams, but are hopeless when it comes to beating good teams.  Flat track bullies, I call them, it’s a cricket term. It seems blatantly obvious (and is probably true for every team everywhere you’d think to varying degrees) so let’s look at some stats shall we and see if it really holds up.

To keep it simple, what with me not being any kind of analytician, here’s TFC’s basic record over the season against the teams currently in playoff spots. Obviously table position is fluid so some of these teams now in a playoff spot weren’t at the time TFC played them and vice versa, but the west top 6 has been more or less the same all year, except for San Jose just now leapfrogging Portland, and in the East it’s probably only Montreal and Orlando that have changed. Happily TFC have a 100% record against all those teams so it won’t affect the stats too much. Anyway, here they are:

Conceding 2 goals a game vs playoff teams, that’s not a good sign, 2.3 in away games suggest we’d really better hope to somehow get that 4th spot. Anyway here’s the basics in a handy table.

A big difference, and if instead you went with having above and below TFC as the cutoff, what with TFC handily being 10th in the overall standings, it would go down to 9 points in 13 games against 37 points in 18 games (2 home games v Montreal and home v San Jose getting shuffled over to the other side).  So yeah, it’s definitely a thing for TFC, but how does that compare to other teams?  Here’s the points per game vs playoff and non playoff teams for all the other playoff teams in the league, ranked according to how they perform against the other good teams, from best to worst. Obviously the unbalanced schedule messes with this a lot, especially before the season ends, for example Seattle have currently played 2 more games against ‘good’ teams than anyone else in the league, but you work with what you’ve got. The hardest schedule would be 21 games against playoff teams and 13 non, the easiest 18 vs 16.

Now you may well be saying to yourself, 3 points are 3 points, what does it matter where they came from? And generally speaking you’re right, and if this was a league where league position was the be all and end all I’d 100% agree with you. Being able to beat the poorer teams is a valuable skill that shouldn’t be dismissed, It’s been one of many skills TFC have had problems with over the years. If this can be the start of a trend that can be kept up over the years, that would be an undeniable good first step towards being a good team in this league. One of the big reasons for that is of course Sebastian Giovinco, and he very much mirrors TFC here, with 14 of his 36 ‘points’ coming in those 16 games against playoff teams, as opposed to 22  in 15 against the non playoff teams.

But we live in a world where for better or worse, the playoffs are the be all and end all, and the poorer teams aren’t around for that so your ability to play well against other good teams becomes more important than it otherwise would be. What those number tell me; yes TFC are bad in that regard, but so are plenty of other teams, they’re not an outrageous outlier by any means, so if anything I’m feeling a bit better than I expected about our chances.  Countering that is the fact that they’ve been really bad since the start of July (when Tim Bezbatchenko said teams get found out and the best coaches have success by making adjustments and tactical changes, how’s that working Tim?). In the last 8 games against playoff teams, their record is 1-1-6, outscored 22-9 (Giovinco? He has 1 goals and 3 assists)

What it also tells me is that if there’s any team in the East to be wary of, it’s Montreal.