Posted By Duncan Fletcher on May 19, 2015 in News, Uncategorized | 0 comments 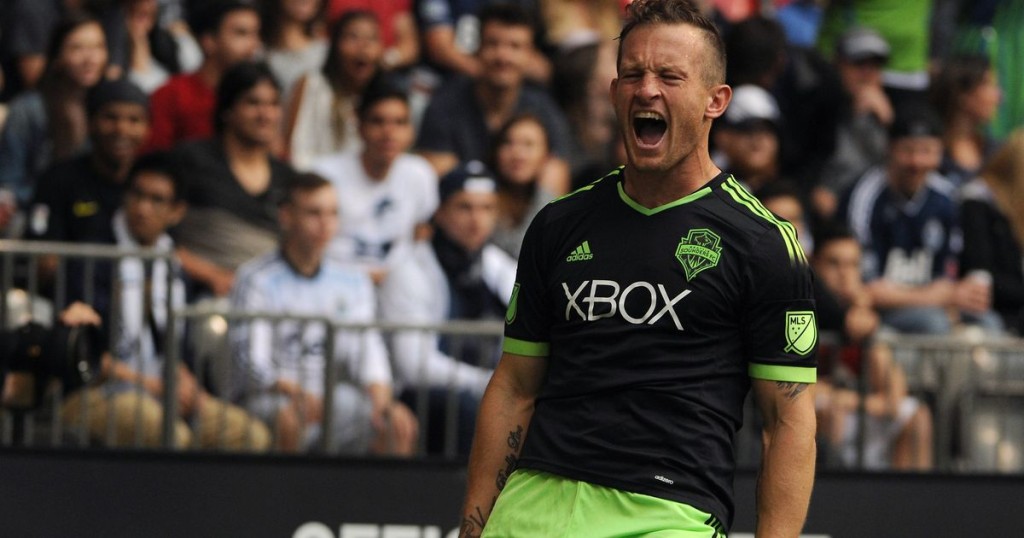 Want this without all the links and stuff, just want it to ring awesome in your ears instead? Soon you can! As always this will be part of this week’s Vocal Minority Podcast, including a diversion into what we think would be a fantastic new angle for the Sons of Ben’s ‘Sak out’ protest.

Week 11 is when things got weird in MLS, when TFC getting a point in New England was probably only the 4th of 5th most surprising result and the Eastern Conference’s Race for 6th saw some proper strides taken rather than the usual drunken stumbles.
It didn’t start out that way with Orlando coughing up a 2-1 defeat to DC in midweek and Chicago going from 2-0 up and playing against ten men to only tying 2-2 with New York City on Friday night.

Saturday is when things really got going, starting in Montreal where a bumper crowd of roughly trois hommes et un chien saw the Impact take on Real Salt Lake. Now RSL haven’t been great this season by any means, so Montreal getting their first league win isn’t a massive surprise but the way they did it was quite remarkable. Laurent Ciman getting an early header, and then the Impact being lethal on the counter attack and scoring some very nice goals on the way to a 4-1 thumping, despite missing a penalty. Maybe the key was Frank Klopas being suspended. RSL defender Tony Beltran summed it up succinctly with “A lot went wrong”

Staying in Canada, it was to Vancouver and the Sounders were in town missing Obafemi Martins. Unfortunately for the Whitecaps that meant Chad Barrett worked his way into the lineup and he scored twice, bringing post game comments from various people “credit to Chad, that’s two super finishes” “We had some timely finishing from Chad” “Clinical” “It’s awesome”.

Chad himself said “It’s a massive win, It’s Cascadia Cup, it’s a Western Conference win, it’s an away win. “Everything about this just rings awesome in the ears.”

After TFC’s draw the shocks kept on coming on Sunday, starting with the Galaxy in Orlando. Now, much like RSL, LA are floundering right now, especially with Robbie Keane injured, so as good a candidate as any for Orlando to get their first win. But 4-0!  Woof. Cyle Larin scored again, his 2nd of the week and 4th of the season, and Orlando are now in 5th and feeling pretty good about themselves, Adrian Heath said he was delighted, and pleased for everyone at the club, Tally Hall, who made his debut said it was a huge confidence boost, and another debutante, Northern Irish forward Martin Paterson got ever so slightly ahead of himself, saying “I don’t think the next team will look forward to coming in here. I think this can be a fortress, and now we can turn the tide and really put teams to the sword.” Yeah, might want to ease up on the bravado there Martin.

And here’s Bruce Arena on the game:

“We were awful on the day. “Out of 14 players that played, I thought about three of them played in an acceptable manner. We were outplayed all over the field, and, really, there’s not much you can say. “You go into a game and most players lose their battles on the field, you don’t have a chance to win.”

LA’s website at least had a good day, putting out a highlight video that showed merely the kickoff and then a ‘technical difficulties’ screen.

The last game of the weekend was in Philly, taking on DC amid growing fan unrest. There was a protest march before the game, including a makeshift cardboard coffin, with ‘Nick Sakiewicz, serial franchise killer’ written on the top, and ‘we deserve better’ and ‘Sak out’ on the side. Of course, everyone in Toronto knows a ‘we deserve better’ message can only lead to good things. Sakiewicz put out a somewhat tone deaf statement on the protest “We agree wholeheartedly with the Sons of Ben and we share the frustrations of all fans to the start of the season.” Yes, Nick, the start of the season, that’s what the problem has been, nothing to do with the last 5 years, oh no.

For at least one game though they actually got their better as an injury time goal gave Philly the shock 1-0 win. manager Jim Curtin was delighted. Check that, no he wasn’t – “We won a game at home. That’s what you’re supposed to do.” he said, adding that fans are entitled to be pissed off the way the season has started.

That was the first loss in 9 games for DC so hardly panic stations there, the worst thing for them probably being another injury to Luis Silva.

In other games, New York Red Bulls and FC Dallas tied 0-0, Houston beat Portland 3-1 as Owen Coyle looks to have got the balance right and figured out how to defend and score goals, and San Jose beat Columbus 2-0, Chris Wondolowski getting his 99th MLS goal.

Add in LAFC revealing the plans for their new stadium, and it was a good week for the little guys.