Posted By Duncan Fletcher on Aug 25, 2015 in Uncategorized | 0 comments 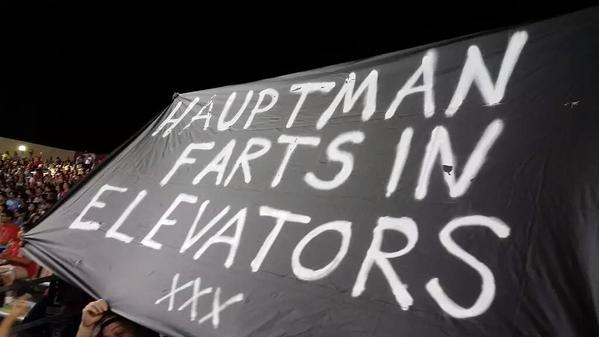 As always, this will be available to listen to, with interruptions, non sequiturs and ridiculous impersonations as part of the Vocal Minority Podcast, coming out later this week.

Some entertaining, star studded and or important games in MLS this week, but we’ll start with probably the most important, Chicago vs Colorado. Two teams at the bottom of their conferences, with absolutely nothing to play for, and with Chicago’s big DP signing this year Shaun Maloney having scuttled off back to England with Hull City. The Rapids scored in the first minute and hung on for the 1-0 win, the highlight of which is probably Gilberto coming on as a sub and in injury time showing a fantastic bit of skill to create a chance for himself, beating the goalie and seeing his shot come back off the post, classic Ol’ Gil. The Rapids are still 5 points back in the West, the Fire are now 4 points back in the east, but Frank Yallop’s holding on to that feeling: “We’ve only won six games all year, so we’ve got to win at least seven now. Can we do it? Yes. Is it likely? Well, it’s going to be tough, but we can’t stop believing until it’s over.”  How has this man not been fired yet?

The importance here was what happened off the pitch with the Section 8 Supporters Group and other similarly disaffected fans organising a big protest of the clubs continued indifferent slide into irrelevance under Andrew Hauptman and on field fecklessness under Frank Yallop. There was the 90 minute tailgate, with fans basically hanging around the stadium without actually entering it, and for those that did go in towards the end, Section 8 were deliberately silent and organised the unfurling of black banners and black streamers were thrown. One memorable sign said ‘Hauptman farts in elevators‘.  The Fire front office fought back by releasing a suspiciously large amount of general admission, or standing room only tickets, and plenty of those people went and filled in the empty Section 8 seats thus nicely minimising the visual effect for those who may have been unaware of the protests. Interesting times ahead in Chicago, hopefully Supporters actions do get results of some kind.

Up at the other end of the standings, the big glamour game was on Sunday in LA as New York City came to town, though still without Frank Lampard, and Keane, Dos Santos, Zardes, Lletget and co just demolished them, the 5-1 scoreline flattering City. The Galaxy now lead the Supporters Shield standings and are the first team to reach 1,000 all time MLS goals, which is apparently a thing, who knew? David Villa scored for City, but he’s somewhat losing faith: “I need teammates beside me who can help. I can’t do it alone” he said.

Behind them it’s Vancouver, who beat FC Dallas 1-0. Dallas have now lost 3 straight and have slipped down to 5th in the West. There’s now a bit of a gap opening up at the top as Vancouver have a 5 point cushion over the Sporks who lost twice this week, 5-0 at home! To San Jose! in midweek and then 3-2 in Columbus on Saturday, Jack Mack and Ernie getting their first goal for the Crew with what ended up being the winner.

4th in the West is Portland who came from 2 down to tie 2-2 with Houston, Lucas Melano getting his first as a Timber. Caleb Porter’s apparently got himself a thesaurus, here’s his thoughts on the second half: “We’ll grow from that second half, we’ll grow from having to claw and fight and dig, and I thought we were outstanding, we were hungry, we were aggressive, we were ruthless. That will make us a better team”

After Dallas in 5th there’s now some genuine drama to that 6th place finish as apparently crushing Orlando at home isn’t enough to completely turn things around for a wobbling team. The Sounders did that last week, and this week, normal service was resumed with their 9th defeat in 11 games, this time 2-0 away to Real Salt Lake, getting only one shot on target all game. Sigi Schmid wants more desperation. “The guys have to realize that we are fighting for our lives.  That’s a realization that has to set in.  A gambler told me long ago, ‘Never bet against a desperate team.’  I think they were more desperate than we were today.  We have to get that point of desperation as well.  Then you’ll see us stand up.”

That leaves the Sounders only 3 points ahead of Houston and RSL, but also means that they’re tied on points with San Jose, who were the big winners of the week. Their star playmaker Matias Perez Garcia is out injured, which has seen Dominic Kinnear switch to a simple and direct ‘get it down the wings and knock a cross in’ style that’s proving very effective right now. They followed their 5-0 win in Kansas City by going to DC and beating United 2-0. Remarkable stuff really.  They now have 7 of their last 9 games at home so should be very much in contention to make the playoffs. DC honoured their efforts with a post game firework show, which is very gracious of them. Good week too for Chris Wondolowski who became the first player to hit 100 goals for the Earthquakes and also passed Dwayne de Rosario on the all time goals list and became the first player to get double digit goals in 6 straight seasons. DC coach Ben Olsen was a little testy in his post game conference. re United’s habit of conceding early goals, he said  “I’ll address the starts. Obviously it’s something we’ve got to continue to work on. That’s it.” As for United not getting many shots on goal, he said:“We should put them on goal. We should shoot them on goal. That would help a lot.”

Over in the East, despite the loss DC are still top of the conference as the Red Bulls just added another to their already large number of games in hand with another bye week.  Columbus’ win took them into 3rd ahead of the resting Tea Terrorists, and with Orlando and NYC both losing badly, there’s a clear gap from 5th down to 6th and beyond. That’s partly because Montreal also lost, and now have just one point from their last 3 games as the East just refuses to allow TFC to drop out of the playoffs.  That’s of course small potatoes compared to the big story from Montreal this week as Didier Drogba quite scandalously declined to speak to the media before or after his first start!!!! Unacceptable nonsense and BS from the Ivorian who clearly doesn’t know his proper place and role in the MLS scheme of things. Sportsnet had to fill out their Drogba heavy match report(for the record he was a 59th minute sub and didn’t really do much at all) with cliches from Evan Bush instead.  Evan Bush! As for Philly, their weekend only got better as they actually managed to trade ‘the San Francisco treat’ Rais M’Bohli to Antalyaspor in Turkey.