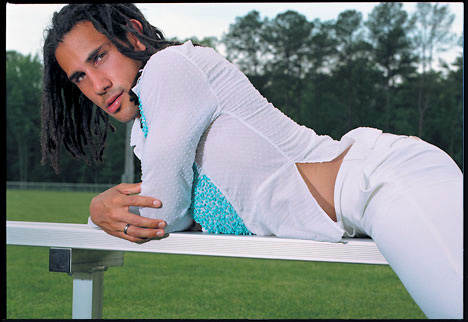 As always, this will be available as part of the vocal minority podcast later this week if you can’t be bothered with all this reading stuff.

It was rivalry week again in MLS. Grrrrrrrr, though only half heartedly, with just 4 proper derby games being played this time around. After a midweek that saw both Chicago and Colorado win, we’ll start with Friday’s game the Cali Clasico, the amazing unstoppable world beating LA Galaxy taking on the lowly San Jose Earthquakes. San Jose did indeed shake up the world by winning 1-0 on a Shea Salinas goal, their 4th straight win and clean sheet since defensive midfielder Anibal Godoy showed up, leaving them right on the edge of the playoffs.

Bruce Arena was realistic, but also not happy with the refs, after Leonardo got a red card early in the second half: “We deserved to lose the game, the way we played. We played a crappy first half. We played better with 10 players than we did with 11. And, obviously, you play with 10 players for 43 minutes or so, you’re not putting yourself in a good position. That’s life.  But if there’s any group of officials that get together and show stuff, that’s a classic example of poor officiating that they can use and, hopefully, learn from it. But they ruined the game, I think.”

Robbie Keane joined the pile on calling it “One of the worst performances I think I’ve seen of a referee, THE worst probably.”

Moving on to Sunday and two more rivalry games, first up New York hammered DC 3-0 to clinch the Atlantic Cup (oooh, aaaah) and move within 2 points of DC at the top of the East, with 3 games in hand, despite losing to Chicago in midweek. Bradley Wright Phillips got 2 goals to become New York’s 3rd leading scorer all time and the game ended with Ben olsen trying really hard to say something to an uninterested Jesse Marsch. When asked after the game what was said Marsch merely said: “Just ‘good game’ and ‘we’ll see you soon.'”  I think he’s lying!

Also on Sunday it was Seattle vs Portland in front of 63,000, and Portland battered Seattle, outshooting them 20-6 and overrunning the Sounders in midfield with Brad Evans describing his and Eric Friberg’s efforts as being like “a game of laser pointer with the dogs and we’re turning our heads and running in circles” something tells me they’ll be happy to see Ossie Alonso back, he came off the bench in this one. Anyway, somehow the Sounders won 2-1, meaning they just manage to hang on to the 6th spot in the West, tied on points with San Jose. Caleb Porter didn’t pretend not to be unhappy with the refs: “I thought the official was very poor. I’ll stick with the theme of coaches complaining this week. The reality is I call a spade a spade and the official was very poor today.”

Moving on to Saturday’s run of the mill non rivalry games and Vancouver’s game in Houston was brought to us by the number 9. The caps finished with 9 men, with both Kendal Waston and Matias Laba getting second yellows, and their 2-0 defeat means they’ve now played 9 times in Texas as an MLS team, and lost all 9 of those games.

That means Houston are now in 8th, just 3 points back of Seattle and which team is just 2 points further back of them? All of a sudden it’s Colorado, making a run with 3 straight wins now. Their last win was 2-1 over the Sporks, and on Pablo Mastroeni’s birthday no less. Kevin Doyle got the game winner, and also described the birthday celebrations: “Afterwards, he got a nice tunnel of love and a few kicks from us. He told us it was the best birthday present he ever saw.”

The Sporks have now lost 3 straight, and Peter Vermes continues a tough week for the refs, who didn’t call a handball on Vicente Sanchez after he fell over and handled the ball in the lead up to the Rapids first goal:  “Did we deserve more out of this game? Yes. The other team didn’t beat us. What beat us was the guys who are supposed to be the impartial guys reffing the game. They are the ones that beat us, for the second week in a row. The guy goes down and grabs the ball with his hands, right in front of the AR1, the fourth official, and the center referee, and the handball’s not called. So they run in with the ball, because the guy gets a second bite of the apple, and he goes in and he gets a chance to score when everybody knows it’s a handball on the field. Everyone.”

Bottom of the West is now Real Salt Lake, who lost 2-0 to FC Dallas who go back up to 3rd.

Moving over to the East, and Columbus won to stay in 3rd place, they beat New York City 2-1 with an 83rd minute Justin Meram winner. Frank Lampard actually started for City, with Jason Kreis choosing to drop Kwadwo Poku to fit him in, a curious decision. The drama’s heating up though, as after the game Kreis said: “The players need to show if they want to be here and be a part of this because I know the coaching staff does. I know the coaching staff cares an awful lot about this club and the job we’re attempting to do. I’m not so sure all the players do.”

Fat Frank’s not having that.  “I respect the manager for saying that. Managers and players should be emotional after defeats at times. … There’s an all-around spirit in the camp and I don’t see a problem at all. You’ll have to ask every individual, but I don’t feel that. All I feel is something’s off on the pitch, we’re not getting the results and the consistency, but for me it’s not for the want of trying.” Fun.

New England got their 4th win in 5 games, beating Philadelphia 1-0, VMP favourite Diego Fagundez getting the goal, becoming the youngest player to score 25 mls goals. Philly midfielder Cristian Maidana also got himself off for fouling and then spitting at Lee Nguyen, but he claims it’s all a misunderstanding: “I’m always chewing gum when I play. I didn’t have any intention of spitting on a player. That wasn’t what I was trying to do. It could have happened that my gum fell out of my mouth at that moment, but it wasn’t an intentional thing.” Philly are now bottom of the east, and the somehow still employed Union boss Jim Curtin seems resigned to his playoff less fate: “Stranger things have happened. We understand the situation though – it’s fading.”

Finally Chicago and Orlando tied 1-1 as the entire bottom half just refuses to put any pressure on anyone. There was a lot of hurricane fuelled lightning and torrential rain which delayed the finish until Sunday morning, which is nice as it meant there was at least something interesting about the game.

That’s your MLS wins and losses for the week, back to you Kristin.