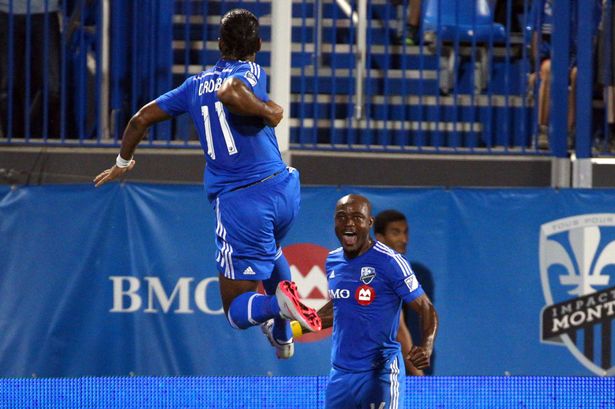 You try finding a picture of Ol’ Gil after this game

Find out what Didier Drogba really said, by listening to the audio version of this when this week’s Vocal Minority Podcast comes out!

A quiet week really in MLS, only 4 other games aside from TFC, though the international games did of course give Jurgen Klinsmann another chance to dump all over MLS which he happily took.

The games started with The New England Tea Terrorists, strolling to a 3-0 win over poor, Kaka and Larin-less Orlando. Lee Nguyen assisted on all 3 and the Revs have now won 5 out of 6. Orlando meanwhile have just 2 points from their last 6 games, being outscored 17-2 in that stretch and are swiftly falling out of playoff contention, they also lost Corey Ashe to a hamstring injury, not good times in Orlando.

The it was on to Montreal, and the excitement of finally getting to see the DP striker do what the fans pay to see. Yes, Gilberto got his first goal for Chicago. Sadly for Ol’ Gil, even when successful he was overshadowed, this time by the player who was supposed to be the Fire’s new DP, Didier Drogba who took advantage of a woeful Fire team to score a hattrick as the Impact won an entertaining and sloppy game 4-3, then giving both his shirt and the man of the match trophy to fans after the game. More importantly than all that scoring though, he spoke to the media after the game, noting there was room for improvement and that his toe was painful, before showcasing some world class crowd pandering “The crowd was amazing, and, you know, this Man of the Match that they gave me at the end, it’s for them. I give it to them.” Goundbreaking stuff, well worth it.

Also on Saturday, Philadelphia went to San Jose, winners of 4 straight and fighting for that 6th western playoff spot. Chris Wondolowski gave the Earthquakes the lead, but then up stepped Conor Casey, with two goals from essentially free headers in the box and the Union won 2-1.

San Jose defender Clarence Goodson has no time for that ‘all teams are dangerous on the day, you have to respect every opponent’ cliche nonsense. “We’ve gotten ourselves in trouble this year. We’ve beaten some quality opponents and beaten a lot of good teams away, and then we lose to teams like this at home.”

Finally on Sunday, FC Dallas went to Columbus, who were really suffering with international absences. They did still have Federico Higuain though so that’s something. He missed a penalty.  Dallas scored shortly afterwards and then just sat back and defended and countered the rest of the way to great effect coming away with a 3-0 win, despite Columbus having 67% of possession. As well as Higuain’s miss, Jack, Mack and Ernie missed an open goal, and Argentine Gaston Sauro was injured by his own teammate in the 2nd minute of his Crew debut, coming off worse in a clash of heads with Wil Trapp. Fun. Gregg Berhalter was appreciative of Dallas’ approach, calling it ‘the best defensive performance we’ve seen all year’, Ethan Finlay was rather less gracious. “If five in the back is good defense, then five in the back is good defense, I guess,”

As for Dallas, their up and down season continues on it’s current upswing and they’re now up to 3rd in the West, with the best points per game average in the whole league. Seattle are up to 4th behind them with San Jose still in 7th now 2 points behind Portland.