Never mind the playoffs, 2nd place! And beating a good team! With smart tactics no less! 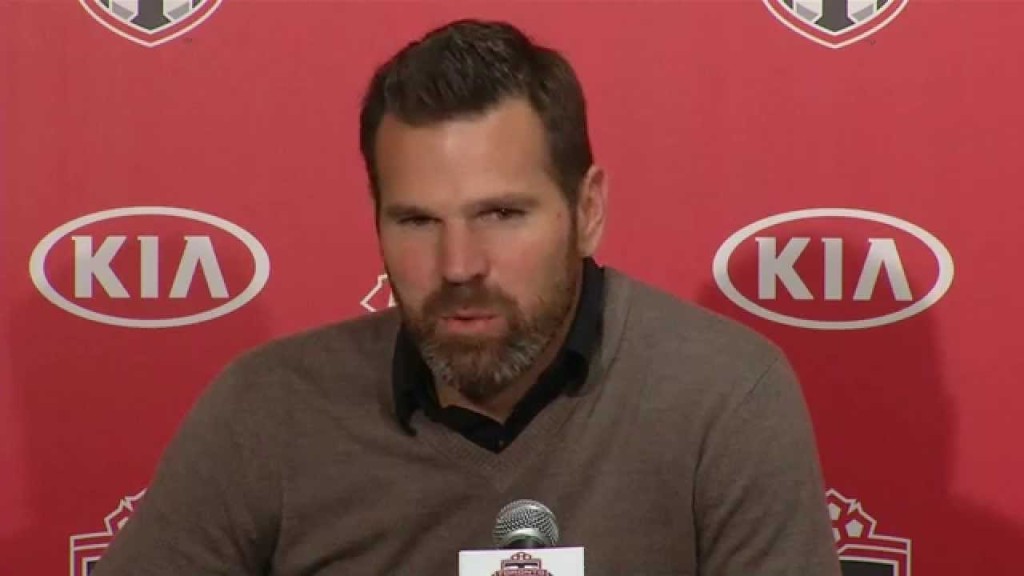 So then. Playoffs achieved. History made. Mission Accomplished. It’s a weird feeling really, I’m finding it hard to get too excited about this, even last night I couldn’t really get in on the general giddiness, for a couple of reasons really. First up, I’ve been very critical of TFC in many ways, and there are a lot of things about this organisation that I don’t like, probably since sometime in the 2012 season my support has been conflicted and grudging, so for me to switch to full on happy right now would be a bit hypocritical and, well, bandwagonny. To those who’ve kept on loving this club and wholeheartedly supported them all this time, I genuinely say good for you, enjoy the moment. I just don’t feel quite right joining in as of yet.

Secondly, is this really worth hyping up? Basically this season we figured out just how much we have to over invest in dps to cover up our deficiencies. Was De Guzman enough? Nope. How about De Guzman and Mista? Nope. How about De Guzman, Frings and Koevermans? Nope. how about Bradley, Defoe and Gilberto? Nope. Fine then, how about Giovinco, Bradley and Altidore? That’s the ticket. Even then it took the lowering of the hurdle to ridiculously low levels to get over it. 6 out of 10 teams, with 2 expansion sides, and Philly and Chicago, two teams at TFC levels of dysfunction right now. That’s 1980’s Norris division levels of easy, getting to the playoffs should be seen as a bare minimum, something to be acknowledged and very quickly moved on past. Any sense of a great achievement comes from our own history, from just how badly we’ve screwed up in the past. Basically it’s like we’re the parents of a child that just stopped wetting the bed at night, at the age of 9. Sure, well done, good for you, but let’s not celebrate this too hard, that’s just a wee bit embarrassing.

To be fair to the club, they seem to be taking that approach themselves, the players and Greg Vanney are all talking it down and saying they’re focused on going further. Even the media people seem a little bashful, that ‘at last’ video they put out after the game had a very good level of self awareness, that this is more about the fact that we don’t completely suck any more, that we’ve stopped shooting ourselves in the foot and we can finally put that past to rest and move on with being a proper club.  It’s an end to non-achieving, rather then an achievement in itself.

And it’s that, the moving on part of things, the trying for more than merely being in the playoffs that makes me feel good about last night.  TFC are in 2nd place right now, with only 2 games left in the season. Getting top 6 in this shitbox of a conference isn’t worth much, but top 2 certainly would be. If they can hold on to that then hell yes that’s something to be properly proud of.

Can they do that? It’d be silly to read to much into just one game, but last night has nudged me from ‘no chance’ to ‘hmmm, maybe’.  A lot has been made of TFC’s inability to beat good teams over the last few months, well they did that here.  The schedule was set up perfectly, a run of games against the crap teams enabled them to get the necessary points, and then it ends with 3 games against good teams with things to play for, the games would be intense, ideal practice for the playoffs, and would really tell us if TFC have a chance when they got there.  This game suggest they might just.

The previous few games had seen a fairly stable lineup, defenders playing more or less their natural positions, and the same 4 guys for multiple consecutive games, a rare luxury, and a slightly evolved formation from Greg Vanney. The 4 man midfield was fairly flat, as opposed to the diamond that had a good run earlier in the season. That diamond formation left the midfield attacking to Bradley and the full backs, with the wide midfielders taking a more defensive role. It had it’s benefits for sure but far too often left the defence undermanned, the full backs caught up field and was also way too narrow in midfield, a well timed switch of play could find a lot of space for opposing wide players, something most clearly exposed the last time TFC played the Red Bulls, a 3-0 defeat that featured Jesse Marsch brazenly yelling at his players that the switch was always on, the space always there.

What we’ve seen in the last few games is a much flatter midfield 4 with Bradley sitting back alongside Cheyrou a lot more, and the full backs involved in the attacking, but not asked to do as much as before, instead the main width coming from the wide midfielders. It’s intentions were made obvious by having Robbie Findley in the wide right spot rather than Collen Warner, and it’s also no coincidence that Jonathan Osorio had a very noticeable few games, freed up to commit to the attack more and show off the flair that he hadn’t really shown much this season when asked to play a different, more cautious role.

Of course the obvious caveat was that this was against the 3 worst teams in the league, at home, and they still managed to let in 4 goals during those games, but it was a tactical evolution nevertheless and the defence has generally looked better, would it work against the good teams though?  We still don’t know about that as we saw something different instead in this one, something that encourages me a lot.

International absences and injuries meant Vanney’s options were a bit limited, but shorn of the attacking talent, he played it smart and went defensive. Two defensive midfielders provided a nice cushion in front of the defence, and then the 3 attacking midfielders ahead of them meant there was plenty of coverage on the wings, the open space the Red Bulls exploited last time just wasn’t there.

Obviously there wasn’t much going on up front, Herculez Gomez and then Giovinco, were ploughing the cliched lonely furrow up there and there were very few chances created, but that’s ok. Gomez capitalised on his chance when it came up via a defensive mistake, and then Giovinco did that bit of ridiculousness for his goal. The main thing though is that New York, one of the best teams in the league, got nothing going all night either.  Shut the opposition down with the formation and tactics, then rely on the talent up front to take care of the goalscoring, it’s what I’ve been pining for all year. Whether it’s back in a 4-4-2 when the big name players become available, or continuing with this 4-2-3-1, please keep the defensive focus.  TFC have looked like a poor team, with some good players and one really good player, all year, which has been more than good enough to beat other poor teams. Last night they looked like a good team, a smart, well organised and yes I’ll say it, a well coached team. It was nowhere near the most exciting, attractive or fun game we’ve seen this year, but that looked like a team that might actually do something when it gets to the playoffs, and that’s what’s worth getting excited about from last night.