Home » News » No More Moore at TFC, well, except for Drew of course.

No More Moore at TFC, well, except for Drew of course.

Posted By Duncan Fletcher on Feb 26, 2016 in News, Uncategorized | 2 comments 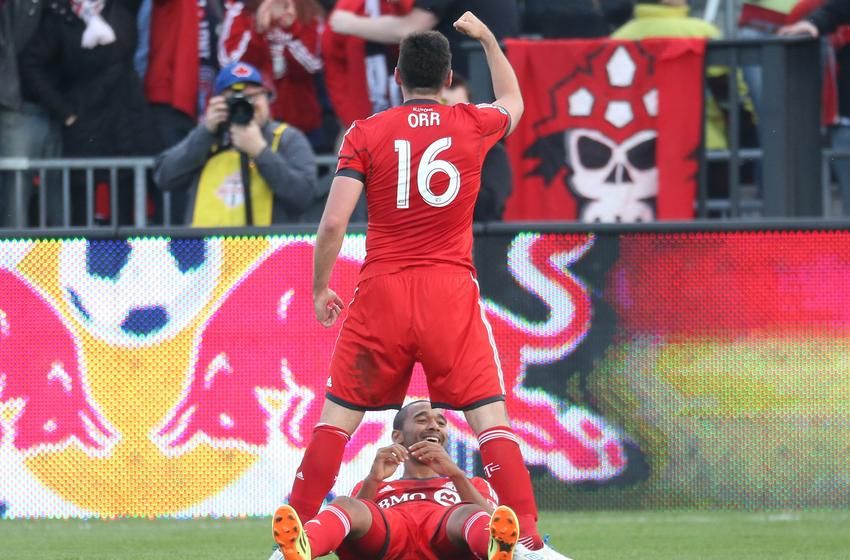 Having finally passed through the Bradley Orr gates, Luke’s free to go off and find another club.

With preseason drawing to an end and the first game in New York a mere 9 days away, the first team squad is starting to take shape. A bunch of people have been unceremoniously kicked down to TFC II for the season, including comedy named draftees like Wesley Charpie and Darius ‘The’ Madison. Alex Bono was also included in that, with Quillan Roberts seemingly anointed the backup to Clint Irwin. Whether this is a good thing or not for his chances of playing time to improve his game remains to be seen, hopefully Roberts can still get a few games in here or there with the cap’ns, you’d  think their home games would be an easy thing to plan around at the very least. For now at least that does leave some of the younger players who’ve impressed in pre season (statistically at least, not like we’ve got to watch any of it) such as Mo Babouli, Jordan Hamilton and Captain Tsubasa with the first team squad, no doubt to disappear in the nether world twixt the end of the bench and nothingness once the season starts.

But there’d been precious little movement around the business end of the roster since Bez blew his load in December on the fancy new toys of Beitashour, Moor, Johnson and Irwin. He said at the time that this left TFC above the salary cap and so in need of making moves but still nothing happened. The ridiculously expensive for a guy who’s expected to be ok now he’s got someone to hold his hand Damien Perquis remains in the squad as does Benoit Cheyrou, who appears to be settling in outside of the starting lineup which isn’t ideal for another big salary.

Today though, there was news. It concerned Luke Moore, last seen bringing the TFC stank to Aston Villa, and presumably working his way down all the English divisions hoping he could find a team to take him on, which would of course get his not small salary hit out of the cap and make everyone’s job easier.  If his play with TFC ranged on the Vocal Minority’s patented Moore Meter from ‘Arthur 2: I know what you didn’t do last summer’ to ‘Arthur 3: Neither fast nor furious’, the moment a move was announced promised to be a veritable Boogie Nights. So, where’d he end up?

Well, it turns out it was this was more like Nine Months. I mean sure, it’s Julianne Moore so there’s obviously something good there, but overall it’s underwhelming. Yes, TFC announced today that Moore was going to…..well, no-one, placed on waivers instead.  Disappointing for Moore, but especially disappointing for TFC as this means they get no cap relief at all, having already used up their buyout on the even more expensive and useless Ahmed Kantari. This isn’t even addition by subtraction, it’s just subtraction. If we’re going to be paying Moore, and having him count towards the cap, he might as well be around to be a backup, I mean Jozy Altidore’s already injured and Herculez Gomez is getting on a bit, there’s a good chance we’d need him at some point this season, it’s all very curious.

One thing it definitely does give Vanney and co is another roster spot to play with, this brings them down to 26 out of 28. Babouli and Endoh have both impressed in pre season with talk that either of them maybe being given that last spot. Now potentially both could make the squad. Or we leave a spot open so we can add players later in the season without having to drop someone else, who knows really.

Given this doesn’t help the cap situation, then there’s something that still has to happen, whether trading away a player that someone else actually wants, or perhaps allocation money can be thrown at the problem, it’s MLS so we’ll probably never know the solution, never mind how big the problem actually is.

Anyway, MajorLeagueMLSSoccer.com.com’s James Grossi says we all have to be nicer to players so on behalf of the Vocal Minority, I’d like to officially thank Luke Moore for his efforts over the years with TFC, his many goals and assists, and wish him all the best in the future, whether it’s elsewhere in MLS or back in England somewhere. Here’s my favourite Luke Moore goal, mainly cos I imagine the then still goalless Gilberto having a ‘are you fucking kidding me???!!!’ breakdown at the sight of it.