Posted By Duncan Fletcher on May 29, 2015 in Match Previews & Reports, Uncategorized | 0 comments 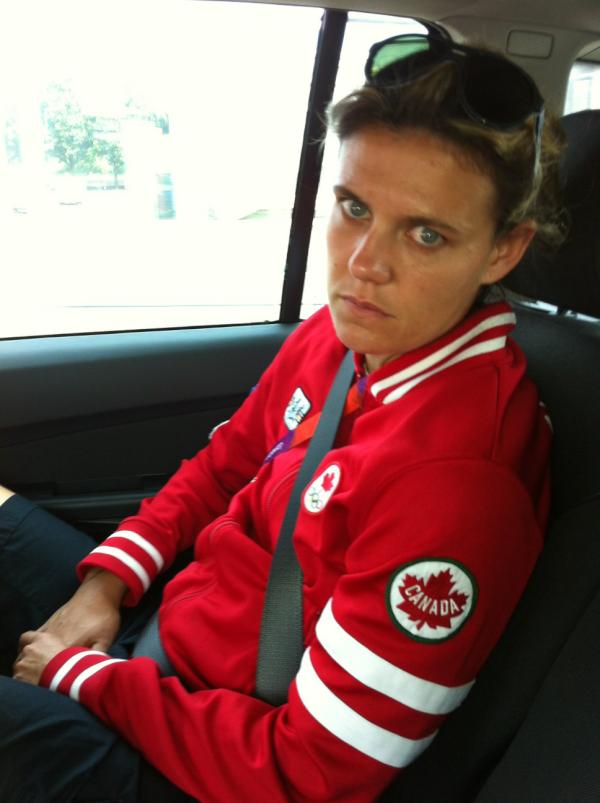 Really? Parking on someone’s lawn? Come on Hamilton. Come on!

So, hey, that World Cup thing’s pretty close. Just over a week and it’ll be underway, I feel like it’s crept up on me quieter than a World Cup should really, but it’s just over a week now. Fun. We’ll be covering it here at the Vocal Minority in our own way, as much as we really can, with a heavy focus on Canada of course, look for that to start up some time next week.

For now though, it’s about a final warm up game and the closest any of this will actually come to Toronto. Canada vs England! Who will win? The Queen! (unless it’s a tie). Who will lose? Everyone who has to travel in Friday evening rush hour traffic to the armpit of Ontario to watch it with nowhere to park when you get there, that’s who. Hamilton bashing aside, I’m looking forward to this (and for anyone asking, I’ll be very much cheering on Canada.).

Take out the surrounding noise of the World Cup and it still should be a good game in and of itself. You’d think there’d be pretty much first team lineups put out by both sides as they get to the end of their preparations, and the two teams are fairly evenly matched. For what they’re worth Canada’s world ranking is 8th and England’s is 6th, and England recently beat Canada in the Cyprus Cup, but still, if Canada are going to get to the quarter finals, which seems a realistic goal, or beyond that, then England’s the level of team they’re going to have to be able to beat, as they did of course in the 2012 Olympics.

So we should get a good idea of what John Herdman considers his first team, and how good they are out of this, a 0-0 against Nigeria recently up at Downsview isn’t incredibly confidence inspiring. The main thing to give Canada hope is that after a couple of post Olympics years where Christine Sinclair was playing a bit further back and didn’t score much, and frankly rarely looked like scoring, she has again started knocking the goals in in 2015.  This, or perhaps next year’s Olympics, may well be very close to Sinclair’s last hurrah, and it’s really best not to think about what might happen after she’s gone, at least for this tournament we don’t have to.

One player definitely retiring after this World Cup is Melissa Tancredi and after taking time off, if she can play at a similar level to what she did at the Olympics, that will help a lot. We should get an idea tonight of how Herdman intends to use her throughout the tournament. Tonight will be her 100th cap, nice for her to be able to get it close to home.

Another selection issue we may get some clarity on tonight relates to Diana Matheson. her injury recovery has gone well enough for her to be included in the squad. There is still time for her to be replaced, and you’d think tonight would be an important test if she’s going to show she’s fit enough for the next few weeks.

Staying in midfield, Jessie Fleming. Sure, she’s good, but she’s awfully young for a World Cup, she’s played frequently recently it seems, another start tonight might be a good sign Herdman’s ready to take that risk.

In non world Cup related news, Candace Chapman, for whom the cliche ‘defensive stalwart’ could have been written given her efforts for Canada over the years has officially announced here retirement and will be honoured pre game as well.

Another angle is that this is the first big test for Tim Horton’s field as a soccer venue, ahead of the Pan-Ams and then a presumed future NASL team, so let’s see how that goes. I’d imagine it’ll be fine, though twitter seems to suggest that ‘if you’re driving there, bring cash and park on someone’s lawn’ is the way they do it in the Hammer, which sounds all sorts of dodgy, but hey, when in Mordor, do as the Mordorians do I suppose. I kid, I kid, I’m sure Hamilton’s lovely, industrial sector D sounds like a beautiful part of town.

Anyhoo, I’m looking forward to this as part of my World Cup preparations, it’s quite enjoyable going into this knowing a bit about a few of the teams and players, and almost nothing at all about a lot of them. I look forward to all sorts of pleasant surprises along the way and coming out if it knowing a lot more.

As usual with these sorts of things, other places are doing a bang up job if you’re interested in more than my vague inanities. Red Nation Online is always a good place to start, there’s a bunch of post training interviews on their youtube site, Canadian Soccer News have a bunch of stuff amongst their usual beats. Most other mainstream places have stuff as well, but given as how they’re the ones showing it to us (including this game, 7pm), I’ll also pimp out TSN’s coverage. This is their main soccer page, to get to the World Cup stuff, you have to click on where it says FIFA. Might want to downplay that a bit theses days there TSN.