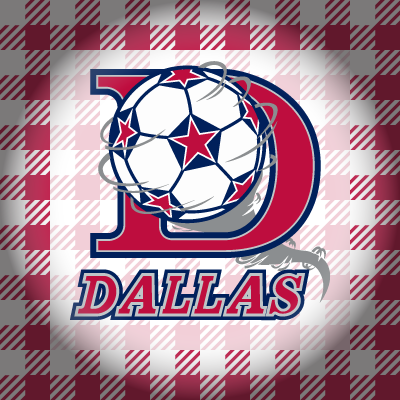 Hi. I’m Mark Hinkley. If you listen to the podcast (which you do, of course) you will know that tonight Toronto FC is playing FC Dallas. My FC Dallas. First it was a dig from Duncan to raise my ire toward FC Dallas, I have since embraced them. They’re mine. Not yours.

You might be thinking to yourself, “hey self, didn’t this game take place yesterday”?  Well, the game just ended 30 mins ago.  Yay rulebook!

Toronto is still suffering from injuries or new injuries.  Or old injuries.  Whatever.  I need to go back to bed.  Here’s what I wrote…

1′ – GOAL – long ball down the wing to Castillo and gives Hagglund a nightmare by cleanly passing him and then jabbing it past Bendik high at the near post. No problems here. Are the Raptors still on to distract? No? Shit.  It’s gonna be one of those games
MHFCD 1, ROBINS 0

10′ – GOAL – Hagglund must now need some therapy as Castillo terrorizes him, cutting inside and fires a pretty shot curling far post.
MHFCD 2, ROBINS 0

11′ – Hagglund now being moved further away from Castillo, playing centre back.  Good.  Castillo is such a bully.

23′ – Wow, there was a string of clever passes. Sure, it resulted in a throw in, but that looked like a bit of class. Maybe even a morsel.

27′ – GOAL – Damian Perquis what the hell were you thinking? Tries to dribble out of the box or whatever the hell that was and Blas Perez picks up the free ball, one touch, buries it. I need a drink.
MHFCD 3, ROBINS 0

33′ – Castillo beats Hagglund and lays the ball across the face of goal with no one to touch it. Haggs will likely have PTSD minutes after the match ends.

42′ – the lights nearly went out on the match both figuratively and literally as a shot goes wide.  Didn’t quite catch who shot it though…

Maybe the deity of your choosing is giving us a gift by temporarily stopping the game due to lightning. I’m guessing it’s Raiden and this is an elaborate marketing ploy since it would be sponsored by the new Mortal Kombat. 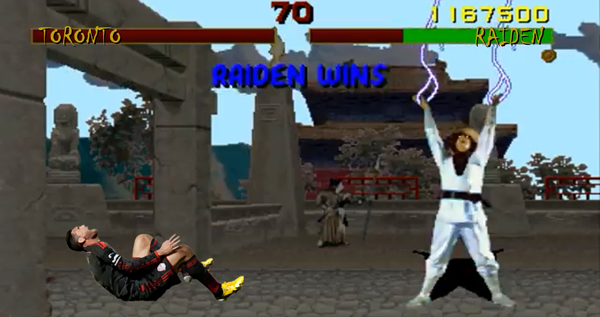 Halftime mood : go right to hell with half-time. Who doesn’t want to go to bed?  Is this what watching one day international cricket feels like?  Just make the second half 3 minutes longer.  Idiots…

46′ – to the 500 people still in attendance, including the trumpeter, you are more oooltrah than most. I’d have given up a dozen times over.#bigUps #madProps

58′ – nice run by Bradley. He could’ve passed the ball to Osorio in an opportune position but instead he pressed forward, then dishes when the scoring chance was eliminated for both.

66′ – OMG do something interesting. I’m fighting the sleeps.

70′ – YELLOW – Bradley gets books for a challenge from behind

76′ – Moore was picked out from a fine long pass, settles the ball on a break, and hammers the living hell out of the ball and ends up nowhere near goal.

79′ – now that bully Castillo is terrorizing Giovinco as he turns him inside out before laying the ball off only to have the shot blocked.

80′ – YELLOW – Hagglund gets booked for a late tackle

83′ – GOAL – Giovinco takes a long ball from Hagglund, dances around his defender in the corner and flips the ball past the keeper. All. Class.
MHFCD 3, ROBINS 1

85′ – Giovinco cuts in from the top of the penalty area and launches a curling shot that just misses. OK, I’m awake.

89′ – GOAL -… And curls a beauty over the wall and well out of the reach of Seitz. Giovinco nails it.  Almost glad I stayed up. Almost.
MHFCD 3, ROBINS 2

90+1′ – Perquis gets booked but he’s pissed as Perez makes a bit of theatre from it.

Man of the Match : Giovinco.  He makes it look so easy sometimes.  Hopefully it wasn’t so apparent because he scored his goals nearly 4 and a half hours from the initial kick-off.

Goat of the Game : Poor Hagglund.  He looked like he’d never played defense before.

Ref Rating : 4 out of 5.  Had a solid enough of a match, didn’t screw much up if any.  Maybe my sleep patterns.

I’m Not The Gaffer But… : I’d be getting the cap wonk to find a loop hole to sign a defender or two immediately.

In Case You PVR’d It… : you missed the last 15 minutes and really that’s all you wanted to see.  If you like car wrecks, watch the first 30 mins of what you did capture.

Didn’t they abandon the lightning/monsoon games waaaaaay before midnight the two occasions it happened in Toronto? Wasn’t one of them a V-Cup match?…  Not to take anything away from Giovinco’s single-handed attempt to take a point, but could the defender on the first goal just be tired and that made getting around him so easy?  It was all class, but this was scored well after RSL v Vancouver match ended… Seriously MLS, why are we allowing home teams to wear their away shirts at home when there isn’t a clash? I know it’s to sell shirts but it rages me. Stupid overmarketing… I really felt bad for Hagglund.  Defensively he was exposed so bad, but offensively his long ball deliveries were very very good… I think I’m officially in the “I don’t get what Bradley does for Toronto” camp.  Full disclosure : I was also in the “I don’t get what de Guzman does for Toronto” camp when he was here.  I’m sure defensive midfielders are hyper-critical, but is having a good one so difficult to find that Toronto regularly overpays for these services?… Osorio looks to have passed his shroud of invisibility off to Jozy Altidore. Good for him… just thinking out loud, would anyone be foolish enough to take one of our American DPs in exchange for some of those core grinder-type players this club lacks (or trades away for nothing because politics)?  Any takers?