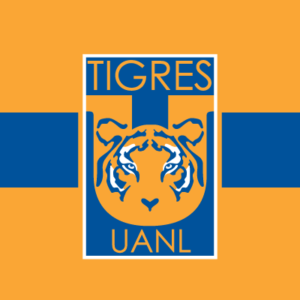 Scared. Not looking forward to this in many ways. Wish I was there though.

23’ – Tigres just put half of Toronto offside on that free kick. That was amazing to watch.

39’ – bit of pinball in the Tigres penalty area and but the ball was cleared out.

43’ – long range shot from Tigres just outside of the penalty area fires just wide of the post.

Halftime Mood: ok, not too bad. Looks even-ish. No fear. No panic.

49’ – cross in from van der Weil, Altidore gets hauled down, and looks like it goes out off of a defender but it’s a goal kick. Bah.

51’ – Gignac free kick from 40 yards out. What a missle. Over the bar but that’s gonna give Seba ideas

54’ – A bit of a broken play, Altidore gets the ball down the wing, pokes it back, finds Osorio in front unmarked and fires it over the bar from the outside of his foot. Damn.

58’ – Free kick from 25 yards from goal after Seba gets kicked down. Fires for top right corner but doesn’t dip for him.

60’ – GOAL – HOLY SHIT, ALTIDORE WITH A HALF ATTEMPT, FIGHTS OFF HIS MARKER AND TUCKS IT BOTTOM RIGHT!
ROBINS 1, TEE-GRAYS 1

64’ – Seba fouled right in front of the Tigres goal. Seba fires it high into the leaping wall.

70’ – OMG… Bradley loops a magical ball right onto the path of Altidore, but his first touch gets away from him as he was right there… Damn so close.

79’ – Bradley free kick finds Moor, who’s downward header is too sharp, and the keeper is able to get in front of it.

84’ – Ricketts in for Altidore… Or is it… Nope, Hagglund is getting the call.

89’ – GOAL – FUCKING GET IN THERE SON! OSORIO ON THE END OF SOME INCREDIBLE RESILIENCE FROM THE REST OF HIS TEAMMATES. THE BALL DID A LAP AROUND THE TIGRES DEFENSE, ENDING UP AT OSO’S FOOT AND HE BACK HEELED IT IN!
ROBINS 2, TEE-GRAYS 1

90+1’ – Tigres getting petulant. Yellow card for Aquino for being weak in spine.

90+3’ – Mavinga gets on his horse to make a great tackle to swipe a near goal chance.

Man of the Match : So many good performances, but Oso, take a bow.
Goat of the Game : some of the Tigres players
Ref Rating : 4 out of 5
I Am Not The Gaffer, But… : when does the kickstarter happen to build the statue?!?!
In Case You PVR’d It : First half had a few moments, but the second half was spectacular.

However, Toronto weren’t intimidated at all.  They played cautious, but not to the point of being passive.  They came out with creativity, aggression, they played for one another and they didn’t give up.  How can you not like this side?

So, some of you nerds out there are probably aware of the site footballdatabase.com.  There they have a world ranking of clubs in the 40 most popular leagues.  I don’t particularly care about the top 50 clubs, because through geography, opportunity and finances, they don’t apply to my sense of reality.

However, this chart does. I’m not about to question the integrity of the statistics, how the numbers are skewed to favour one club/league over another.  That’s not the point so much as that someone has taken the time to come up with a formula for ranking all of the clubs.

A few years ago, Toronto beat Cruz Azul.  Toronto beat one of the 500 best clubs (I think they were 419 or something at the time) in the world.  That crappy side (most of them were, and the degrees of craptitude varied from season to season), took down a top 500 club.  Just once.  That’s all I needed was once.

Also, Toronto is in the top 500. Ahead of Brazil Serie B side Goias, but behind Brazil Serie C side Cuiaba.  It doesn’t make sense in that microscopic sense (technically they’re all tied), but you get it.  This is validation.