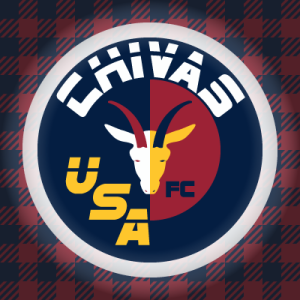 The part I write before the match: Fuck winter. Yeah, I’m staying home again for this one, biggest game ever or not. I’m done with being cold, and hey it’s tradition now, superstition, the 1 CCL game I went to was the Rapids game when it was relatively warm, and that one ended 0-0, who’d be ok with that tonight?  You’re all welcome.

So yeah, here we are, in the fucking final, taking on Chivas MEX as they go all Liam Neeson and try to take revenge on MLS after it killed off it’s kid. They’ve taken out the sounding enthusiasts and the energy drinks and now they get the big boss, the best team in league history, can they finish off crushing the league’s dreams?

Chivas are clearly the worst of the 3 Mexican teams we’ve faced this year, I do believe TFC are genuinely favourites here, we should win, but in a way that makes me more nervous. Tigres and America both seemed to take TFC lightly, not putting out full strength lineups, and seeming to think they’d be able to turn it on and overwhelm us when they needed to in Mexico as Mexican teams always have before. Tigres actually did that, they just left it too late.

Chivas though aren’t good enough to be that arrogant, they seem to be taking it seriously, putting out very much a B team in their league game over the weekend, and if you watched their game in New York where they sat back and parked the bus, that didn’t scream of a team that thinks it’s better than MLS. In the last two rounds, TFC have played perfect underdog soccer. Keep it tight, get a little bit more adventurous as the home legs goes on, be opportunistic, make good saves, get the luck you need and somehow get a result against teams that are better than you. It’s been textbook stuff and reigning concacaf coach of the year Greg Vanney has very much put himself at the front of the pack for this year as well. But I think that’s what TFC are going to have to play AGAINST this series, especially in the home leg. And from the one Chivas game I watched, the 2nd leg against New York, they look quite good at that.  Can our effs and cees pull off the favourite role, take the game to Chivas and not get caught on the break? Hopefully so. Will that mean a 4-4-2? Get Aketxe in there to try and play the Vazquez role, presuming Vazquez isn’t fit?

I’m expecting this game to be much like the last 2 MLS cup finals, getting increasingly frustrating as the game goes on without a goal, and I while do think it’ll eventually end with TFC taking a narrow lead to take with them to Seedy Guadalajara, there’s a good chance we end up with a 2016 MLS Cup stalemate from this one.

Hopefully some of the injured stars come back for this. Though Victor Vazquez doesn’t look likely to appear any time soon, there was encouraging talk of Justin Morrow, Jozy Altidore and Chris Mavinga.  With due respect to Ashtone Morgan, who has done better than expected in Morrow’s absence, and Auro Jr, if those 3 are fit enough, they should all go right into the starting lineup, with Van der Wiel moving from CB back over to RB.

It starts at our house

Half time of the raptors game and they’re 18 points up and looking really quite good.  excellent.   Meanwhile the advertised 8:15 kick off is clearly a lie, as TSN doesn’t even go on air until 8:30.  And that’s after a uefa fucking champions league recap fluff show, no preview or anything, that’s pretty weak TSN, pretty weak.

Goal: 2′ – Chivas score.  well fuck. Throw in leads to cross from the right wing, clipped in by someone, not great defending altogether.  And now Chivas can really bunker.  TFC 0:1 Chivas MEX

13′ – Nothing really happening here, but fair play to Chivas, they’re not Brazil 70 out there, but they’re a lot more adventurous than I would have guessed. Defending very much in tfc’s half of the pitch, forcing a lot of errors, impressive stuff really.

Goal: 18′ – Osorio.  Giovinco to Altidore, threads a lovely ball out to Delgado on the right wing, put a low cross in, looked way too slow, but was apparently perfectly weighted and got past the goalie, and who else but Osorio to meet it at the back post and knock it in.  TFC 1:1 Chivas MEX

24′ Chivas attacking down their right a lot, again get into space, but then Morgan blocks the cross. Corner comes in and Chivas hombre gets a header down which bounces up and almost over Bono, but not quite.  Altidore meanwhile is looking pretty pretty injured out there, probably going to have to be subbed off, gamble not paying off.  (edit: apparently he was throwing up again. fun! but anyway, he keeps going so yay to that.)

28′ handball? penalty? TFC wanted it, I have no idea cos TSN were showing a replay. Replay of that now, definitely not penalty but should have been free kick just outside of box. Seba theoretically hammers it into the wall, chest height.

31′ Now TFC have a free kick, about 25 yards out, good distance. It’s saved at the near post, exactly as I predicted.  Then from the corner, I think he tries to score, but side netting.

33′ Nice passing move Altidore gets a shot off but not really enough space and hits it right at the goalie who’d come out quickly. So nearly another Columbus injured then scored moment.  Playing much better since the goal.

43′ Altidore and Giovinco link up delightfully, then Altidore’s shot is saved. Probably should have scored there.

44′ Some nice passing, then Drew Moor tries to delicately chip it into the far post from about 25 yards out.  It wasn’t awful, but that’s really not a good percentage decision.

A moment please for those poor denizens of the press box. ( I realise I’m writing this from home, but if you’re reading this after being at the game and outside, go tweet angrily at Joshua.)

Neil it is freezing in the press box.

Halftime Mood : Well, after an alarming first 20 minutes or so, TFC really came into it and might well go on to better things from here.  All in all, I’m more entertained than I expected to be, Chivas are defensive sure, but not in a dull anti football kind of way. More of this please.  Raptors meanwhile up big late in the 4th, good for them.

Sub: 45′ Zavaleta for Mavinga to start the 2nd half.

47′ Panicked clearance from Moor inadvertently sets Giovinco free. Puts it across goal, behind Altidore, but right in front of Delgado, unfortunately he hits it over the bar from 20 yards out.

54′ Bono with the obligatory good save and the follow up blocked by Zavaleta.

55′ Giovinco wins a free kick about 35 yards out. I imagine he’ll try and shoot. He did, not his best, goalie saved awkwardly. Corner into the middle Moor heads it over.

Yellow card: 63′ Brizuela after a bit of a kerfuffle by the corner flag.

69′ Another free kick, this time Seba hits it into the wall.

Sub 71′ Lopez for someone. Mallorga or something.

Goal: 72 Oh no. Free kick out on the left wing, Pulido kicks it to the back post and it’s over Bono and straight in. Not good from Bono. #Lemon  Chivas CAN 1:2 Chivas MEX

76′ Giovinco through, fouled, penalty not given.

79’ Drew Moor comes barrelling down the left in a lot of space, gives it to Giovinco who dribbles across the entire box, then the shot is blocked and the rebound bundled out for a corner.

82′ Aketxe with a lovely cross, Drew Moor now at the far post, heading it over, and called for a dubious foul in the process.

90′ It’s been all Chivas last 10 minutes or so, now there are audible ole’s ass they pass it around at the back.

91′ TFC venture forward, gets to Altidore, plenty of Chivas players ahead of him, tries to shoot, de guzmans it over the bar.

93′ Sub: Pulido off, somebody on, though Pulido does some hilariously bad concacaffing, falling to the ground before he can go off. and they’re bringing the stretcher on. ridiculous.

94′ Somebody shoots and it’s just over the bar.  then the ref blows for full time, not giving any extra time for the minute pulido spent rolling around.

This is clearly not over, but TFC have made it very hard on themselves. Bono would want that goal back but he’s had a huge part in getting us to this point, so no complaints.  Aside from that, I don’t feel this was about TFC being bad, it was Chivas being good, and playing their man marking defensive style very well. They were much more impressive than I expected, I guess this is what happens when the Mexican teams take it seriously.  For a while TFC gave as good as they got, made tactical adjustments, bringing Auro into midfield, letting Drew Moor roam all over the place, they weren’t worse than the previous rounds at all. But where it seemed the luck was with us before, it wasn’t today, and much like how the previously stellar goalkeeping let them down, so did the previously lethal finishing, it just wasn’t quite there today.

Maybe that clinical keeping and scoring will return in the 2nd leg and if so, TFC have a chance to turn it over. It’s unlikely, but it could definitely happen.

Man of the Match : Drew Moor was all over the place, popping up in unexpected places, and looking quite good doing it. Weird really.

Goat of the Game : No-one stood out as being repeatedly poor.
Ref Rating : 3/5 Didn’t seem super TFC friendly, but wasn’t outrageous.
I Am Not The Gaffer, But… : No complaints really. Made a good adjustment when the original plan was being foiled. Subs didn’t really make a difference, but all in all, I don’t think it was tactics that turned this potential win into a defeat.
In Case You PVR’d It : Watch the whole thing. One of the good things about a tournament like this is theoretically seeing different styles of play than you’re used to, and Chivas certainly brought that today. Interesting stuff, and it was a good high paced game with plenty of nice moves and chances. Just the wrong result.