Posted By Mark Hinkley on May 23, 2015 in Match Previews & Reports, Uncategorized | 5 comments 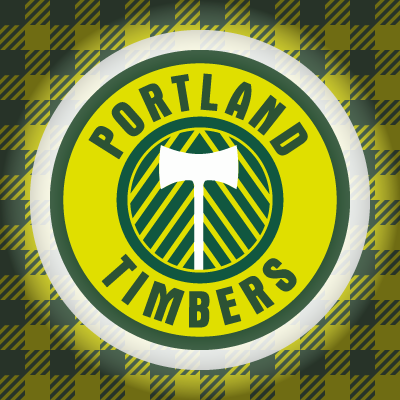 What a week.  Full of emotions, frustrations and secretive deals and negotiations, years of broken promises, misleading statements, and it finally came to a head.

Kidding, fuck the Leafs.  Pointyball is getting shoehorned into our once soccer specific stadium. (seriously, fuck them)

So now that that dog and pony show has been wrapped up until the next farce comes down the pipe, back to the real world : middling TFC are playing the “wounded animal” that is Portland Timbers.

I didn’t get to watch the snoozefest of the last match, but was assured I didn’t miss much.

On to the match:

5′ – GOAL – Bradley drinks it off to Giovinco who unleashes a bomb 27 yards out to beat the keeper cleanly.  Fantastic stuff.
ROBINS 1, HIPSTERNIAN 0

27′ – Giovinco undressed two defenders and beats the keeper but not Osorio’s head.  #thatsSoTFC

30′ – Cheyrou nearly broke a Portland midfielder into pieces shaking the poor kid out of his boots.  Brilliant.

36′ – Giovinco is going to make something out of nothing one day and it’ll be the greatest goal we may ever see in person.  He shakes his marker off and curls a ball heading for the bottom right corner, but the keeper gets down and keeps it out somehow.

Half time mood: happy but drowsy.  This is not a classic.

58′ – some high flying attacks on the wing, first a series of cute passes ends up with Osorio trying to control it and putting it out near the goal line.  A minute later, Moore beats his defender and has a nice run into the side of the penalty area, but can’t find the right weight on the cross to find Giovinco.

68′ – Giovinco senses weakness as he decides to take on 2 defenders and beats them both but not the keeper.

88′ –  Giovinco down the wing on a counter, slides the ball perfectly to Bradley who forces Kwarasey to make a solid save and push it over the bar.

Man of the Match : Giovinco.

Man of the Match That Isn’t Giovinco : I liked Cheyrou’s contribution today.

Goat of the Game : no one really

I’m Not The Gaffer But… : substituting a defender for Osorio seems cowardly and overly cautious.  It still worked out but Hamilton could have had a run out.

I can honestly say, I felt Bradley had a great game.  He played a central midfielder role and STAYED THERE.  Wandered up the pitch to join many attacks and for that trust was often in position. Cheyrou played defensive midfield perfectly well.  Well done for all parties involved…  I’m sure I’ll bring it up in the podcast, but to the graphics person, thanks for making the 50/50 numbers much larger.  Audio person, you know when something is too loud, you get that washed-out-screeching noise in your ears? Yeah, that was EVERY SONG PLAYED.  Turn it down for next game, please.  Like 10-15%… Kwarasey, the Portland keeper was very good.  Only thing that separated them from a drubbing… Solid protest from everyone involved. Felt that the silence for the first 23 or so minutes was far more effective than anyone was expecting, but I hope some point was made… $25 for parking?!?!?  The cost of ‘convenience’ I suppose… Stuck around to watch the first 15 minutes of TFC II : The TFC-ening.  Looked like it could’ve been a fun match.  Hope to get up to the ATM in Woodbridge to check them out this summer.