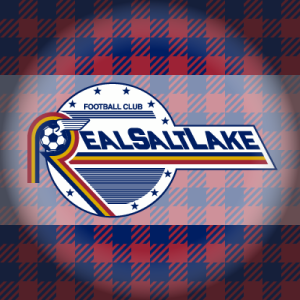 OK, for those of you who listen to the podcast on the regular, I’ve railed against the schedule for this season with terrible kick-off times (mostly applicable to those suburbanites) and dates, but this is top shelf stupid. Thank you to the schedule makers for not talking to the Blue Jays opening weekend against the Yankees, and throw in an extra few thousand for the Rock game. All starting in the evening. Great, if only one of them could’ve been an afternoon game, given that it’s, you know, a HOLIDAY. Any one of them. And though footie has the shortest game length, we’ll all get to travel home with them.

I’m sure the train ride will be smooth and without incident.

RSL as four points in three games, as well as three scored and six conceded. Toronto, on the other hand is, reportedly, a club in crisis.

13′ – Giovinco through ball, beats a few defenders and Altidore runs onto it, fires it at a defender… Wait WHY IS RIMANDO WEARING LIGHT GREY WHEN HIS SIDE IS WEARING WHITE?!? #kitandstadiumpodcast

14′ – PENALTY – Wtf penalty for Toronto?!? Thought it was going to be a free kick on the edge of the box. Sure. Replay looks like Kreilach didn’t do it deliberately but the ref points to the spot.

22′ – PENALTY – Jozy hauled down running onto a Seba through ball

35′ – YELLOW – Altidore goes in for a tackle and runs down a defender, and then…

35′ – YELLOW – Seba for his giving the downed defender afterwards.

38′ – Seba sent in on goal, defender on his back, takes it to the right, fires across but Rimando saves it.

45+1′ – GOAL – Seba dishes off to the right side, finds an open Morgan, tries to settle it, pops away from him, but Altidore takes it and launches it left side.
ROBINS 2, SALTINES 0

Halftime Mood : a bit messy but getting the job done.

There was a few attempts at goal from Osorio and Altidore but it’s been too fucking cold to write everything. They need to build a wall in the back. Please.

62′ – YELLOW – Osorio gets booked for something

78′ – SUB – Altidore off for Ricketts #VanneyHatesHattricks

82′ – GOAL – ball worked around the box, Moor doesn’t clear it after a tackle, ball gets laid off to Baird, fires it in the far right.
ROBINS 2, SALTINES 1

87′ – YELLOW – Morgan for stuff. Just needs a goal for the hat trick of goal, assist and booking…

90+2′ – GOAL – Aketxe fires from the top of the box, hits the inside of the bar but stays out, Ricketts pounces on the rebound
ROBINS 3, SALTINES 1

Man of the Match : Altidore had a solid game, but I’m going with Rimando. He made a ton of great saves.
Goat of the Game : pass.
Ref Rating : 3 out of 5
I Am Not The Gaffer, But… : I would have played more b-squad players, but no complaints here.
In Case You PVR’d It : watch all of it, but don’t be afraid to fast forward.

I was hoping they’d lose, and here’s why :

It’s not schadenfreude, things are too good right now, I assure you.

The B-team was fun. I forget how good Chapman is, and he rarely makes the bench. I liked Morgan’s contributions, admittedly I’m biased. Also, it’s fun to see them play where there’s not as much at stake. Change up formation, try new combinations. And RSL was an excellent team to try it against as they’re a middling side at best.

Finally got to see a solid van der Weil performance. full disclosure, I’ve got all the time in the world for new players, just want to be convinced… Ooltra Duncan is easily one of the top 3 Duncan’s… I don’t like “Corporate” Beckerman. Makes it difficult to tell which one he is on the pitch… Hi Julie, hi Brandon! *waves*.