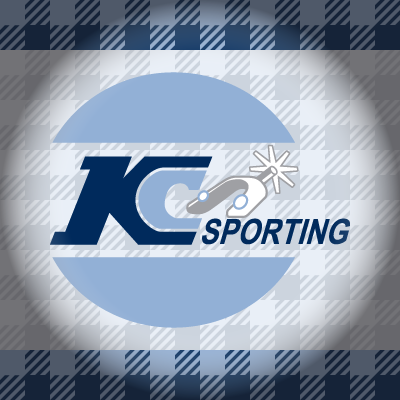 You see, somebody was trying to actually get to the game on time.  They left early, gave themselves, what they thought was, plenty of time to get down to the stadium.  Who knew that one set of road closures would have screwed up everything.

Typically I would’ve taken a train in, but I had a post match event to race to, so driving in made sense.

Thankfully GolTV doesn’t have enough programming so it’s Sunday at noon, and here’s the report.

12′ – Meyers gets on the end of a cross, full volleys it and just misses the far post.  Crazy.

18′ – Wow, what a mess. Kantari blows a pass and then absolute chaos ensues.  It ends with two desperate lunges by Bendik to keep it out.  So comical and old TFC just without conceding.

20′ – PENALTY – not sure who it’s for specifically as two Sporks go down in the box.  Doesn’t matter.

22′ – GOAL – Oso pretty… Osorio slots it to Bradley who dishes to Giovinco who 1-2s back to Bradley whose first touch pops it over Melia.  Wonderful response.
ROBINS 1,SPORKS 1

29′ – GOAL – Nemeth with a crazy looping header catches Bendik off his line and unable to prevent it from going in.
ROBINS 1, SPORKS 2

34′ – Bradley lets forth a bullet from 25 yards out forcing a lunging palm to push it over the bar.

45+2′ – free kick deep in the corner from a Jackson foul.  Giovinco lays it off for Bradley who can’t turn but plays it on for Giovinco who fires it at the keeper.

Half Time Mood : not bad.  They don’t seem to be deserving of being level, but they’re far from terrible.

53′ – Giovinco free kick slams into the leaping part of the wall. Heh.

61′ – Toronto has KC on the ropes with two corner kicks.  Warner gets up for a header on the second and puts it just wide.

71′ – Giovinco free kick from distance makes its way through a crowd and forces the keeper to punch the ball away.

74′ – Bradley finds a wide Lovitz down the left who crosses it and almost makes it to Altidore but cleared away.

79′ – What a flurry.  Jackson had this amazing curling shot with the outside of his boot, forcing a terrific save from Melia.  From there the ball is crossed into the box where an unmarked Altidore has a free header with only the keeper to beat and he headed it wide of the post from 7 yards out

87′ – GOAL – Dammit.  Peterson gets on the end of a through and puts it past a sprawling Bendik.
ROBINS 1, SPORKS 3

88′ – YELLOW – Warner booked for his interaction with Feilhaber 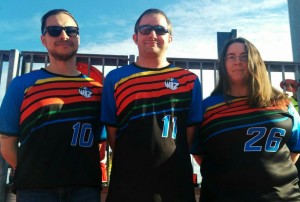 These three beauties. No comment about the people wearing them.

I Am Not The Gaffer, But… : other than the defensive calamities, they looked good and probably should’ve at another goal at least

In Case You PVR’d It : start around the 17th min for the scramble, then let it roll

I also had a Kansas City Wiz kit to wear, with Preki #11 on the back. These shirts turned out perfect… Jackson had an excellent match. He was a pain in the ass to the Sporks all afternoon… Why, of all people, does “Mr. Second Amendment” Jacob Peterson have to be the one who bags the last goal?  Probably the most villainous of all former Robins (I’m sure there’s worse which I’ll either be corrected below or at recording tomorrow)… Seriously, who books a game when one of the major roads towards the stadium is closed only until the end of the match?  Was playing on Sunday that far fetched?!?!  And to the woman in the BMW SUV, I know you saw me. I’m going to invent a giant spatula that comes out from underneath my car, just to flip cars like yours out of the way for being stupid… Delgado’s rating wasn’t for being bad, as much as absent for much of the match… Osorio had a great first half, but also went kinda silent in the second… And full marks to Vanney for NOT PUTTING ON FINDLEY, but you guys still waived the wrong one, ESPECIALLY since you signed Gomez.  Seriously.  I’m so seriously you guys.