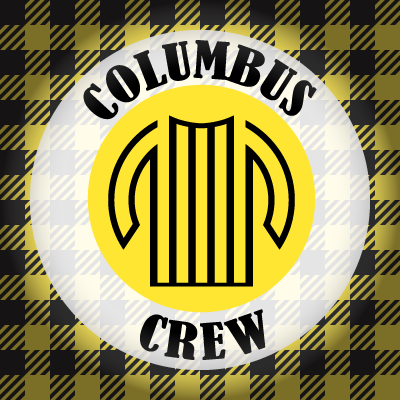 Welcome to the first EVER match review, by me, your trusty… um… whatever role I had on that other site, it’s the same one here.  Everyone else is off drinking.  Someone said they couldn’t do it because it was pre-pre-pre St. Paddy’s day.  Weak? Of course, but what else could I do?

Last week, your beloved Robins managed the half-time turn around in a way that was very un-Toronto, struggling at the start, succeeding by the end.

Sure, this isn’t Vancouver.  I know this for a fact because (a) the atlas said so, (b) Wikipedia said so and (c) Columbus is like that crap part of Vancouver except much larger, once set on fire, and then people moved in before they could clean up the ashes.  But enough about travel.

Columbus is coming off an away loss to Los Creamsicles del Houston but it’s all still early, all to play for (put more clichés in later). One could be guilty of being a smidge optimistic with all of this ‘victory’ and ‘undefeated’ talk after one game. Ride the wave while you can kids, I’m sure it’ll die down sooner rather than later.

On to the Match

0′ – The “New Soft” derby kicks off. For those who aren’t aware of the 100s of days of worth of rivalry, the big divide is between Columbus’ “fork” based philosophies and Toronto’s clearly superior “spoon” leanings when it comes to Chunky soups. Neanderthals.

3′ – Giovinco breaks into the far left box and tries a blind cut back for Findley, but not enough juice behind it.

6′ – Giovinco gets sent again down the left side, closer to centre, this time has a go and fires just wide of the post.

18′ – Cap’n Bradley coughs up the ball forcing Bendik to bail them out. Good reaction from the keeper.

26′ – Great pinball in the Columbus penalty area, Giovinco cuts a ball into Creavalle who’s attempt is blocked, rebound finds Cheyrou getting a quality shot off that was stopped by the Crew keeper.

40′ – Giovinco fouled 2 yds outside of the box. Ensuing free kick has Giovinco launching it into someone’s face, picks up the rebound and makes it to the keeper but without the pace.

44′ – RED – Morrow takes down Kamara as the last defender on a break. Might not have been a foul, but the ref calls it and after consulting the linesman, shows Perquis the card. Then corrects himself and sends Morrow for the long walk. The two views I got, looked like they got it right.

Quote of the Match

Is he new? He kinda looks like Beckham. Like his older brother that’s been out in the sun too long.
~ my wife on Perquis

57′ – GOAL – Trapp crosses a pretty ball and Meram gets right up in the middle of the box and heads in a bullet low and left past Joebergine.
CATS 1, ROBINS 0

61′ – GOAL – That’s kinda pretty. Kamara gets on the end of a cross, just beats Bendik and ultimately nutmegs him and puts it in. Celebration is a pretty awesome recreation of the old construction workers badge. A nice nod to the old Crew, though somewhere Crew Cat is saying ‘fuck you Kei, what about me?’
CATS 2, ROBINS 0

65′ – Findley has a howler of a clearance, gives it to Meram and he launches one off the right post. I see what’s going on here Mr. Penguin…

76′ – OK, now they’re fucking with us. Cross or shot floats across the face of goal BUT off the crossbar. Higuain gets the rebound from the opposite corner and has a go at an impossible angle and OFF the crossbar near the far corner.

78′ – Grana gets a break and lets a blast go just over the crossbar. Morgan. Ugh.

90+2 – Free kick by Cheyrou finds a leaping Warner in the box who heads it past the keeper, but just wide of the far post with a desperate sliding Perquis not quite there to get on the end of it.

Man of the Match : This is tough. I’m torn between Cheyrou and Giovinco but I think I’m going with the Atomic Ant.

Goat of the Game : Morrow. That red card pretty much set the tone for the second half.

If You PVR’d It : watch the whole thing. It was good end-to-end fun, scoreline notwithstanding.

Kit Spotting : ummm… thought about wearing my St. Pauli kit, but that’s it

For all of the corrections made from their mistakes in game one, game two provided an answer to that question: what happens when a defender gets hurt? Well we found out. No back line leadership and the player with most MLS experience is Creavalle. I’m willing to give Perquis a slide, but not for much longer. He should be running it by mid-season. And there wasn’t much the defense could repair in a half-time talk as the entire dynamic changed. Like many, there was a glimmer of optimism that everything would be fine, but it fell apart. It was hard, but not unexpected. Columbus were a fun, fast and creative team to watch.

Speaking of fun, Giovinco, huh? Bit of a spitfire, that one. His skill and class are clearly a few notches above most of his adversaries. Should we be concerned that he’s passing when he could be shooting too often? It was one chance, but given how the rest of the match turned out, that could have been critical.

Show of hands, when Hagglund and Morgan came on at the half, how many of you made an audible “ugh”?… Halftime interview with Kara Lang, Greg Vanney said a bunch of stuff that sounded like it fell out of a list of preferred clichés that someone in a suit made him memorize and he blurted as many as he could and still make it sound like a sentence. It’s not that I think he’s a fraud, but I don’t NOT think he’s a fraud, so there’s that… Kei Kamara looks like Wyclef Jean. OR are they one and the same? It’s not like Wyclef is making music at the moment so why not footy?… Glad they didn’t announce this match as a “sellout”. Seems many clubs have been announcing that with 30% seats empty. Like, who in the stands have that poor of eyesight to not know what they’ve just been told is bullshit. And who is that announcement for anyway?… I didn’t see SC. Worried that scab might have earned some TV time, secretly glowing about taking his dad’s job. Sounds like a giant plot device for a half-time confrontation during a critical playoff match in October, then [wait for it]… the fur will fly!… That Columbus attack was really firing on all cylinders tonight. If the score line ended up 4-0 with a ‘goal of the year’ candidate in there, would not have been surprised one bit. Not looking forward to the return match at this rate. 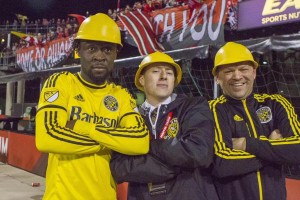 The Fugees, 2015. Michael Praz looks great at the end there.