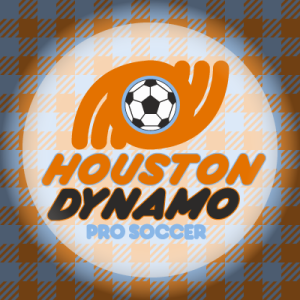 I am so tired.

I suppose I could’ve gone to bed, but I didn’t see the tweet until 35 minutes ago that the game was delayed until 9pm tonight. If I drink this last 5-hour energy drink, I’m afraid I’ll be dead by halftime.

You want a preview? Huh? Maybe you should have read this instead of waiting for me to put something more boiled down.

I just woke up and I can’t find my backspace button. Thankfully I didn’t miss the match. Some of these keys look soooooo comfy.

8’ – GOAL – well that happened. Maidana is on the end of a 1-2-3, takes the half volley and fires it over Bono’s shoulder at a rough angle.
CREAMSICLES 1, ROBINS 0

9’ – Hey, apparently Degrasse Jr High won a bronze in television… Or something. Only 81 minutes to go…

10’ – Bloom goes down, shall we say, rather awkwardly after that challenge… Hope nothing is serious, but that may be my hallucinations talking to me.

16’ – SUB – Bloom is off for Chapman. Hope he’s ok but this is cutting into my much needed sleep time.

24’ – GOAL – The ball comes skidding from the corner and Altidore just smashes his foot through it. What a rocket! #ALTITTS *hey*
CREAMSICLES 1, ROBINS 1

38’ – nevermind. Does blurry vision always happen when you’re this tired?

45’ – hey, Mansella got a red for Houston… I’m two for three on this prediction thing.

Half Time Mood : sleepy. Is that a mood? I’m going to set my alarm for 20 minutes. Guys, I need this…

62’ – F**K! Ok I overslept… Vic Rauter woke me up from the pass across from Chapman to find Altidore getting on it but hitting the post.

77’ – Manotas, a.k.a. The Fresh Maker, turns Williams around and forces a good kick save by Bono.

82’ – YELLOW – Moor gives up a bad pass and the Houston counter attack finds Bradley tracking back and tackles him from behind to stop it.

83’ – speaking of sleepy, Hagglund caught dozing on the tracking of the free kick, it bounces and Bruin comes from behind to centre the ball, but fortunately no one could do anything with it.

87’ – Ricketts clears a corner and it falls for Collen Warner and on the half volley, fires a shot that just skims over the crossbar

89’ – Ricketts nearly walks in a cross but gets closely to crossing the line, only cleared desperately by Anibaba

Man of the Match : The physio for the nightmare he’s having.
Goat of the Game : The wank who hurt “Working Class” Mark Bloom
Ref Rating : A dream.
I Am Not The Gaffer But… :
In Case You PVR’d It : Tell me how some of it went.
Kit Spotting : I was walking around Front Street this afternoon and saw someone in a Hansa Rostock kit, so that counts.

EDIT : OK so I just woke up about 4 minutes before posting this.  I don’t remember and this report means nothing.  So for the sake of content, I’ll just hit post